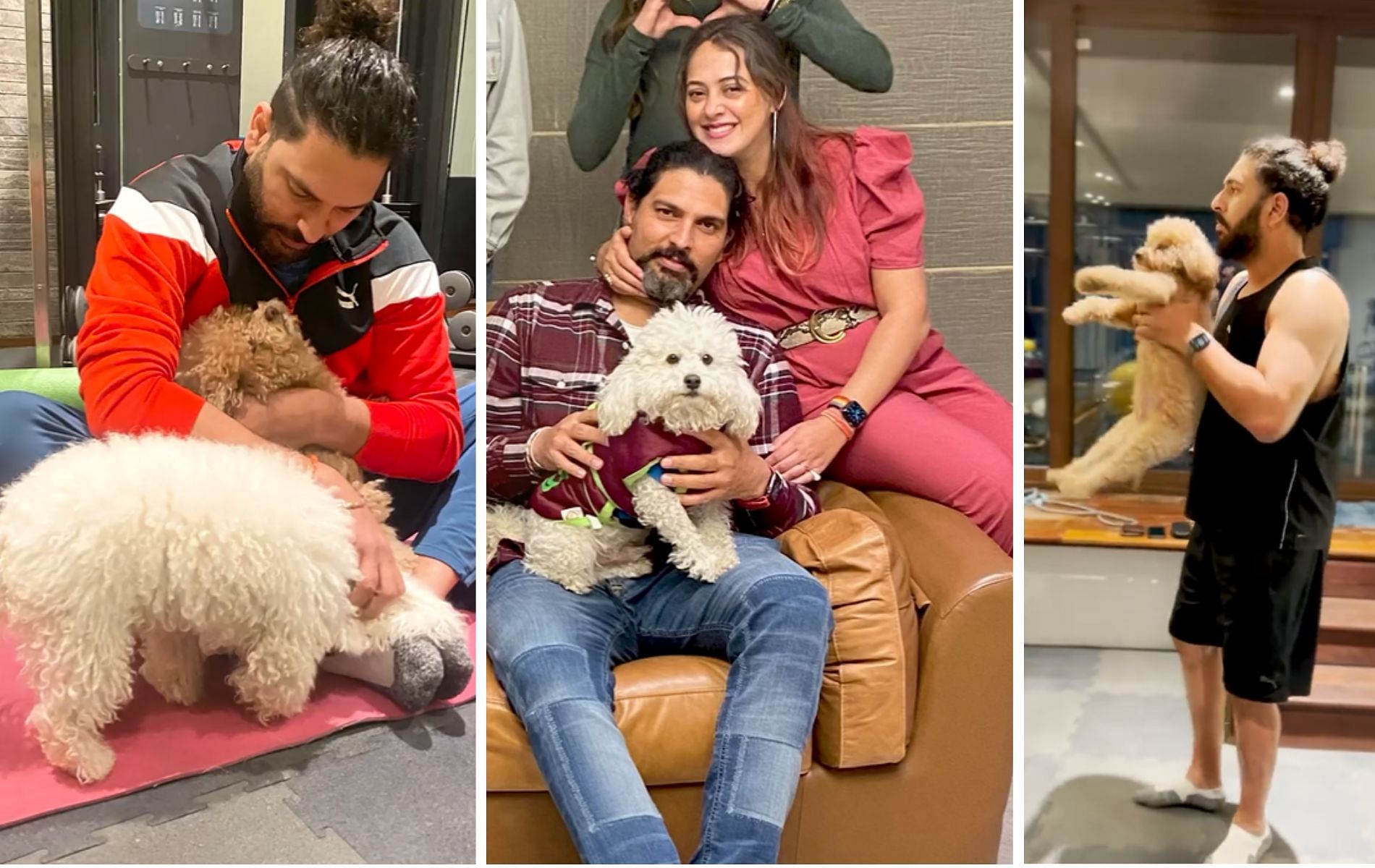 Former India all-rounder Yuvraj Singh has shared an endearing video with his puppies on the occasion of International Dog Day 2022 on Friday (August 26).

International Dog Day is celebrated every year on August 26. It aims to encourage people to adopt dogs and provide them with a better quality of life.

On the occasion, Yuvraj took to his official social media handles and shared a video, which captured his bond with his furry friends. The 40-year-old uploaded the clip with the caption:

The video was shared with the famous ‘Hakuna Matata’ song playing in the background.

Young Team India batter Shubman Gill recently credited Yuvraj after smashing his maiden one-day ton during the tour of Zimbabwe. The elegant batter struck 130 off 97 balls as India beat Zimbabwe by 13 runs in the third and final ODI of the series, which the visitors clinched 3-0.

In a chat with Ishan Kishan following the win, Gill opened up about his interaction with the former India all-rounder ahead of the Zimbabwe tour. He said in the video uploaded on bcci.tv:

“I just met him before coming to Zimbabwe and he told me that I was batting well. He advised me to bat deep if I get set. I was telling him ke 100 nahi aa raha (I am not getting 100). He told me not to worry, it will come.”

Reacting to Gill’s fine hundred, Yuvraj had taken to Twitter and posted:

“Finally!!! Well played @ShubmanGill u seriously deserved that Ton! Congratulations on your first 100. Many more to come this is just a start.”

Didn’t do too bad, did I? 🤪 Super excited for what’s coming up!

Didn’t do too bad, did I? 🤪 Super excited for what’s coming up! https://t.co/MztAU5nyZJ

Earlier this month, the 40-year-old shared a video of a net session in which he looked in great touch with the willow.