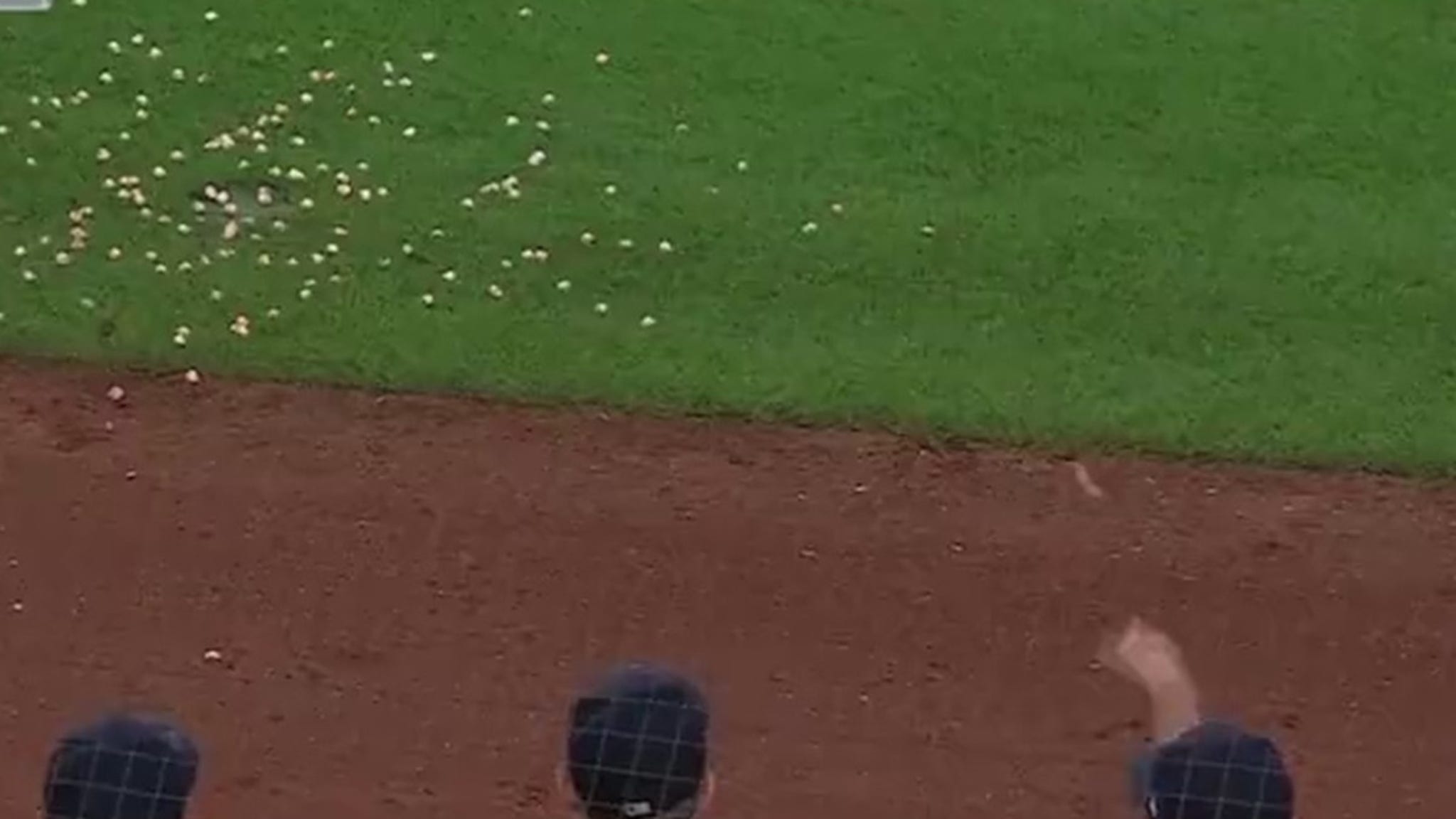 Several New York Yankees had a little too much time on their hands during their game Tuesday night … ’cause they made a contest out of throwing dozens of pieces of chewed gum onto the field.

The sophomoric game all went down in the early innings of the Yanks’ tilt with the Oakland A’s … when Nestor Cortes, Jordan Montgomery and Matt Carpenter all scooped up some bubble gum and hit the corner of the dugout to begin the weird event.

The players picked out a landmark on the field — it appeared to be a sprinkler head — then they popped a few pieces in their mouths, spit them out, and then got to throwing.

The side game lasted for about three innings … and it went on for so long, both the game’s home and away broadcasts caught it on camera.

The Yankees are really throwing chewed gum on the field 🤨 pic.twitter.com/uwfS1xaaF7

Former Yankees outfielder Cameron Maybin talked about the game on-air … and had the perfect description for it — “gross.”

Yankees play-by-play man Michael Kay noted what a headache it must be for the NY groundskeepers to eventually clean up.

Some fans on social media found it funny — but others found it disrespectful, calling it littering and disgusting.

Either way, it didn’t stop the Yankees from continuing to hammer the win column — they went on to beat the A’s 2-1 … moving them to a staggering 55-20 this year.