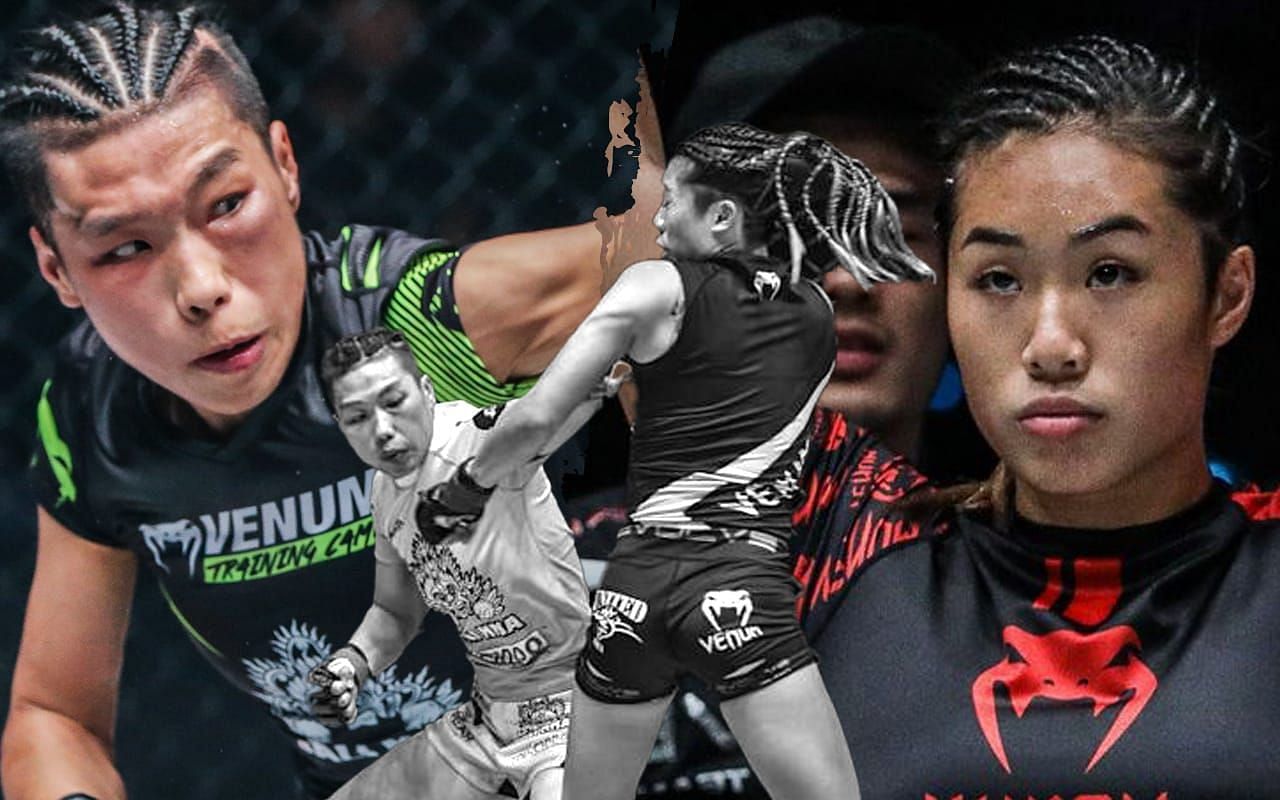 The rivalry between Xiong Jing Nan and Angela Lee is heating up ahead of their trilogy bout for the ONE women’s strawweight world title.

Xiong will once again defend the women’s strawweight gold against Lee, the ONE women’s atomweight world champion, at ONE on Prime Video 2: Xiong vs. Lee III. The event will take place on September 30 at the Singapore Indoor Stadium.

The two female world champions have met twice before, with both Xiong and Lee successfully retaining their respective world titles. It seems that familiarity has boiled down to contempt with both fighters ready to take each other’s heads off.

Xiong shared on Instagram a snippet of Lee talking about the Chinese superstar’s style and how the strawweight queen had become tentative in her recent fights, and was hardly impressive.

Not one to take a slight, Xiong Jing Nan wrote:

Lee said in the video that Xiong has been slowing down as of late to take a more careful and passive approach to her fights.

“I tuned in to the last few fights that she’s had. Honestly, me – along with the rest of the fans – and I’m pretty sure I heard Chatri [Sityodtong] saying as well, that they’re not too impressed with her performances. I think you can really see that in her last few performances, she’s been playing to not lose instead of playing to win. And there’s a big difference there.”

Xiong, who has held her world title since January 2018, is the only woman to ever knock Lee out inside the circle. She did that in their first encounter at ONE: A New Era in March 2019, successfully defending her strap.

Lee, however, got her comeuppance just seven months later when she submitted Xiong at ONE: Century Part I in October of that year to retain her atomweight throne.

Xiong Jing Nan is arguably the striker in women’s strawweight history and she even fancies facing off against the elite in the atomweight division.

In a previous interview with ONE Championship, Xiong said she’d love to go down a weight class and have a tussle with a former two-sport world champion Stamp Fairtex.

Stamp, who once held both the ONE Muay Thai and kickboxing women’s atomweight world titles, has since transitioned into mixed martial arts and even took the ONE Women’s Atomweight World Grand Prix Championship.

“I think I would love this. I’ve always been someone who loves challenges. Although with age my physicality and athleticism have changed, I have always never given up. Anyone is worthy of my respect and learning from. I think that I can learn from anyone’s strengths and this will help me to grow,” said Xiong Jing Nan.