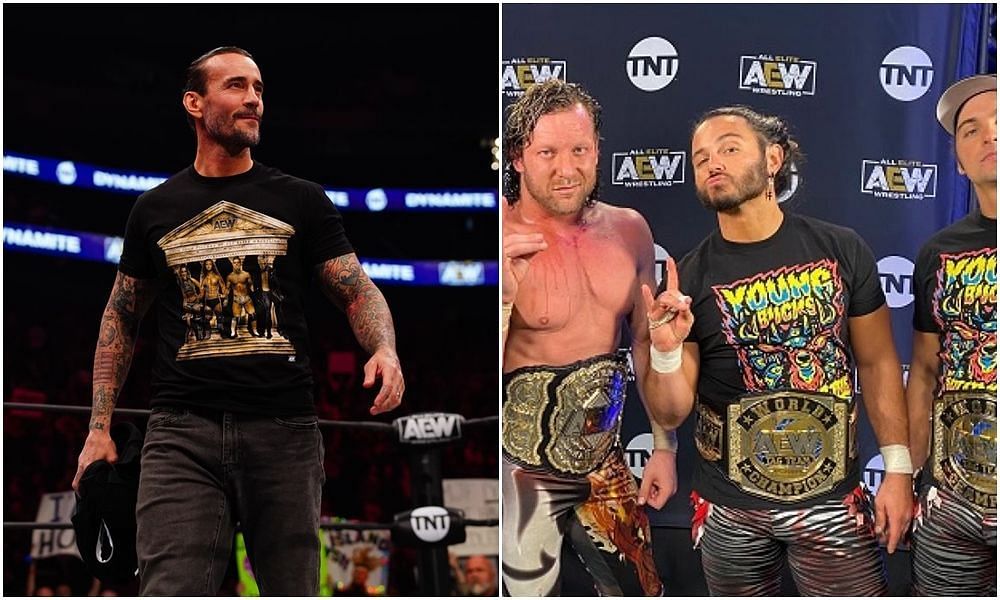 Punk got involved in a backstage brawl with the Elite (Kenny Omega and the Young Bucks), who are also the EVPs of the company, after the All Out pay-per-view. The fight took place after CM Punk had slammed them at the media scrum, calling them irresponsible EVPs. It was reported that the trio confronted the former WWE Superstar in his locker room where the brawl started.

On a recent episode of Jim Cornette’s Driv Thru, the wrestling veteran explained that he predicted the fall of the Elite when fans of other stars began to increase in AEW.

Well we pretty much have called all along that there was going to be problems eventually with the EVPs especially when it was time to move them aside because people had replaced them and the fans hearts or minds and or more fans other fans have come along that don ‘t care about their foolishness. Real fans of real mainstream stars. That’s already happening. (0:22-0:47)

Cornette also stressed Tony Khan’s inexperience in booking segments has been a major problem in All Elite Wrestling. He brought up the recent bookings of Wardlow and FTR to back up his statement.

He went on to further point out that CM Punk’s definition of wrestling is way different from Kenny Omega and the Young Bucks.

Punk drew him their million dollar gate…their million viewers or whatever, the million man. But the EVPs couldn’t stand that because his presence was an exact, you know rebuttal of everything that they think wrestling is supposed to be. (1:24-1:48)

You can watch the enitre video below:

After the backstage brawl, Tony Khan was left with no choice but to hand suspensions to the involved stars.

Along with them was Ace Steel, who was also reported to be engaged in the fight. Others who tried to break up the fight were also suspended but have now been cleared after being given a clean chit by a third party who is carrying out an investigation into the matter.

Here’s a recent photo of CM Punk.Admit it. You miss him. It’s ok to admit you were mad at him for a while. Justifiably so. He screwed up. But eventually, you know he’ll make amends and be back on AEW television sooner than later. (Let’s hope this post ages well. 😂😂😂) https://t.co/mYhrU1Wm0a

As a result of the brawl, CM Punk and the Elite were also stripped from their respective AEW World and Trios Championships. There has been no confirmation yet on the return date of the stars yet and when the investigation is scheduled to be completed.

If you use any quotes from the article, please give an H/T to Sportskeeda Wrestling for the transcription.

A wrestling legend is worried that CM Punk may make a major move against AEW. More details here