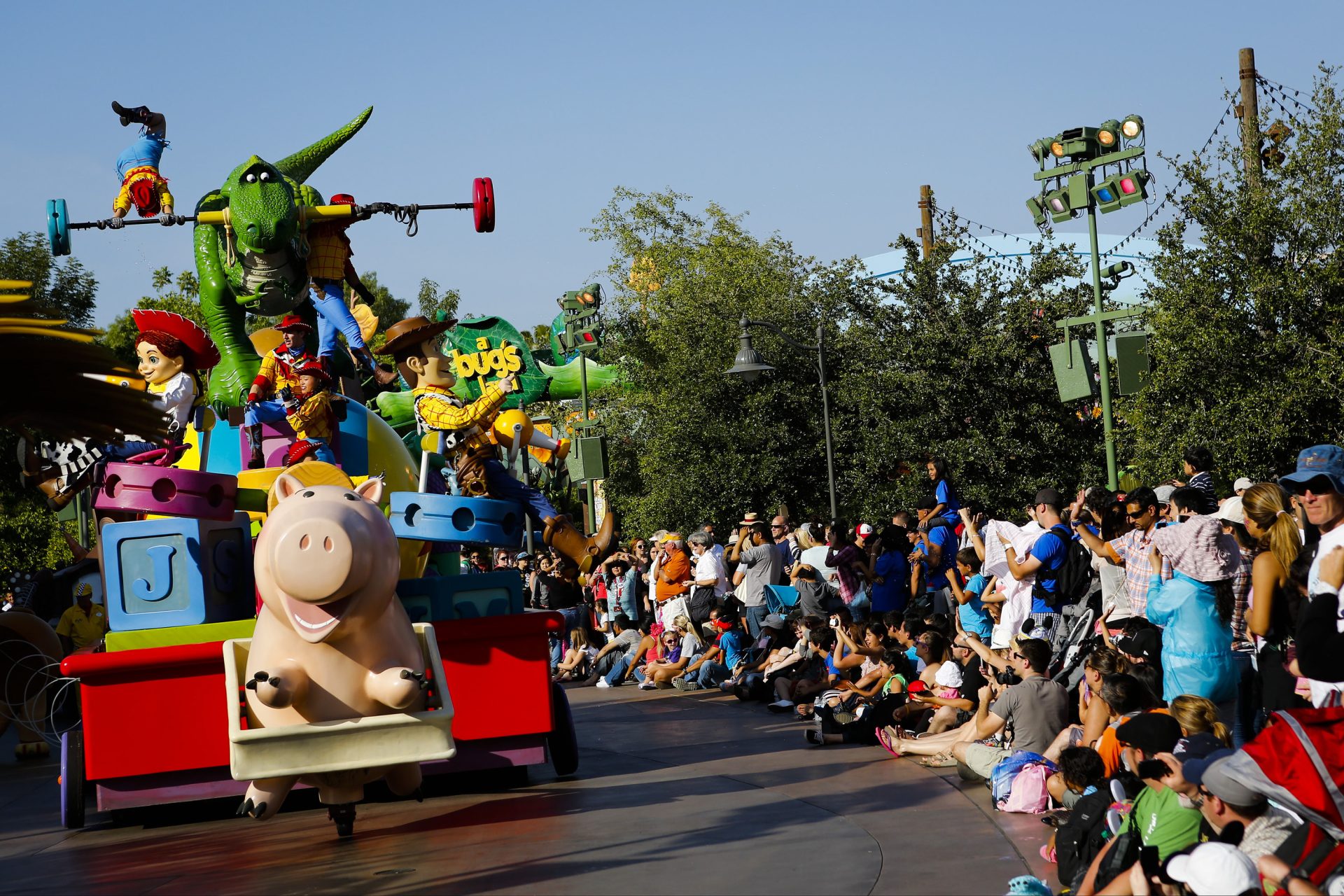 Woody said not us, not today! Early Wednesday, a video of Toy Story characters Woody and Jessie interacting with the crowd at a Disney World parade went viral. The TikTok clip shows a Black family yelling for Jessie’s attention as she dances on the opposite side of the parade route.

Instead, they gained the attention of Woody. The person inside the character custom tried their best to get Jessie’s attention for the family. Woody clapped at Jessie, waved, and even pointed in the family’s direction as they yelled, “Jessie.” But the person inside Jessie’s custom continued entertaining the crowd on the opposite side–seemingly unaware of the calls for her attention.

At one point, Woody seemed defeated, throwing both his hands up. But the family was persistent in trying to get Jessie’s attention from her. So, Woody finally walked over to Jessie and pointed to the screaming family. Immediately, the character jogged over with enthusiasm. Jessie hugged the young fan dressed in a Jessie costume. She cupped the girl’s head before holding her hands and running back to join the characters on the route.

Within 24 hours, the video had over one million views–and still counting. additionally, the tweet by user @SomaKazima sparked Twitter comparisons to recent discrimination claims against Sesame Place park characters.

As previously reported, people online were outraged after a viral clip showed Sesame Street character Rosita ignoring and then blatantly rejecting two Black girls during a parade. At the time, the children’s mother wrote, “This disgusting person blatantly told our kids no then proceeded to hug the little white girl next to us,” in an Instagram share of the video.

A mother is not happy after a recent trip to Sesame Place! She is calling them out after a person in a “Rosita” custom is seen dismissing two Black children who wanted a hug. pic.twitter.com/4pkjTnRFdX

Soon after the video went viral, Sesame Street released a statement backing the character Rosita. The report said, “the Rosita performer did not intentionally ignore the girls and is devastated about the misunderstanding.”

Read the statement below:

But within days, more videos surfaced, seemingly showing that the character’s reasoning for waving “no” was false. Also, others came forward with different videos showing alleged discrimination against more Black children. One family in Baltimore filed a $25 million lawsuit alleging discrimination against their 5-year-old during a visit in June. The suit accuses at least four Sesame Street characters of refusing to interact with the 5-year-old and other Black families at the park that day.

Well, it looks like someone at Disney is keeping up with the headlines. And folks on Twitter couldn’t help but praise the moment and Disney characters. Keep scrolling to see some of what was said!

Woody: if you don’t go hug that little girl…

I know who’s inside the woody suit pic.twitter.com/XGpiA8iJ1k