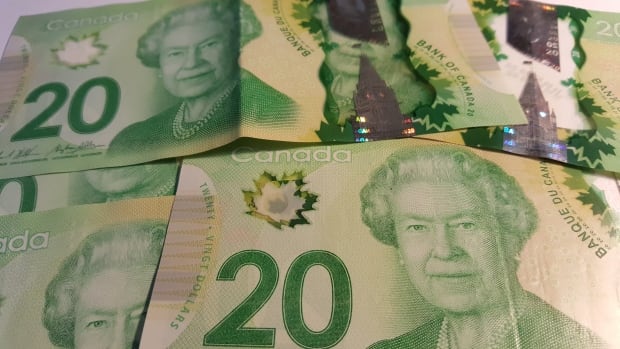 There may come a time, in the not too distant future, when you no longer see the face of Queen Elizabeth II when you open your wallet, if you still use cash, and will instead be greeted by her son and successor, King Charles III .

When that may happen is yet to be determined. The late monarch will maintain her place on the $20 bill and on Canadian coins for now.

The organizations responsible for the production of our money, the Bank of Canada and the Royal Canadian Mint, are staying mum on the future of Canadian currency as people mourn the death of our head of state. So too is the Finance Department, which makes the final decision on any design updates.

“We’ve had a whole series of monarchs on our money since the turn of the [20th] century,” said Dimitry Anastakis, a history professor at the University of Toronto and the Rotman School of Business. “When the monarch changes the money changes.”

He noted it’s most likely we’ll see the King appear on Canadian coins, but not necessarily the $20 bill.

There is some debate, however, over whether King Charles will — and should — replace his mother on the sole banknote that bears her likeness and on the obverse, or “heads,” side of the coins. It’s not a requirement, so much as a tradition, to have our monarch depicted on our national currency, he explained.

Britain and a handful of other countries — including Australia, New Zealand and Caribbean island nations under the monetary authority of the Eastern Caribbean Central Bank — will also have to make decisions on whether to update the imagery on their coins and bills to replace the Queen. So far, none have announced immediate plans.

But changing the image on our currency is not just about honoring a new sovereign, said Anastakis, but it’s a way to mark the moment of history we’re in right now.

Canadians across the country reflect on fond memories of Queen Elizabeth — for many, the only monarch they’ve ever known.

Any decision to replace or remove the monarch on the $20 banknote likely won’t happen until after the Bank of Canada completes the process of updating the $5 bill, which could still take a few more years, said Stephen Woodhead, president of the Royal Canadian Numismatic Association, the national organization for money collectors.

The Bank has a shortlist of eight “bankNOTE-able Canadians” who are contenders to be the new face of the blue bill, narrowed down from a field of more than 600 qualified people nominated by members of the public.

A change of face on the coins is more likely to happen more quickly.

“Because we don’t change the monarchs within a particular year, 2023 would be the earliest we would see it,” Woodhead said.

There are other factors that could prolong an update and minting of new coins, including how late in this year the Queen passed away.

“The production cycle of getting the effigy image approved, and the dies [the metal stamping tool] ready and the coins produced may be longer,” he said.

In an email to CBC News, Royal Canadian Mint spokesperson Alex Reeves said “tooling and coin production can be scheduled quite quickly if needed” once the Department of Finance has approved a design.

But if new coins are needed sooner than the design can be updated and given the green light, Woodhead explained the Mint may produce a batch that still bears the face of Queen Elizabeth but add “some other design to indicate this was a coin produced the year before.”

That’s something that happened 85 years ago following the abdication of King Edward VIII in December 1936. The Mint added a small but distinctive marking below the date to the coins were made in early 1937 before new dies could be made with the effigy of his successor King George VI, his brother and Elizabeth’s father.

It makes sense to have Charles on our coins because he is our head of state and his effigy is a “symbol of the state’s role in our society,” said Anastakis.

But when it comes to our polymer $20 banknotes, he explained it may not matter whether the country’s head of state appears on the front.

“Canadian money is great because what’s on the back of it is something that is often used to reflect certain aspects of current history at the time,” he said.

Our current $5 bill, for example, features a vignette of Canada’s contributions to the International Space Station, including the Canadarm2, as part of what’s known as the Frontiers series of notes honoring Canadian innovation.

Anastakis pointed out the front side of our banknotes is also evolving, with a shift toward featuring Canadians who are leaders in society — not government — and to reflect the country’s diversity.

He pointed to the Bank of Canada placing an image of Viola Desmond replacing Sir. John A. Macdonald’s portrait on the $10 bill as an example. “I think Canadians are pretty happy with that,” he said.

Canada was actually the first country to feature the effigy of Queen Elizabeth II on its currency, a $20 note, in 1935 — the year the Bank of Canada began issuing notes — when she was an eight-year-old princess. She became a fixture on all Canadian coins beginning in 1953, the year following her ascension to the throne, and on banknotes in 1954.

Over time, the Queen was removed from some of those bills and replaced with portraits of former prime ministers. Macdonald took her place from her on the front of the $10 bill in 1971 and Sir Wilfrid Laurier on the $5 bill the following year.

“That was a period of real Canadian nationalism, when people were moving away from identification with the British empire,” Anastakis explained.

WATCH | Remembering the life and legacy of Queen Elizabeth II:

Queen Elizabeth, the longest-reigning monarch in British history, has died. The CBC’s Margaret Evans has a look at her life and legacy.

Once it’s decided to put King Charles our money, the coins and banknotes adorned with Queen Elizabeth currently in circulation will rise in sentimental value but not so much in value as a collector’s item, said Woodhead. Those notes and coins will remain in circulation for years to come – and there are plenty of them.

Still, there will be some excitement among the numismatic community.

“The coin collector are going to be watching for the first circulating coins,” Woodhead said of future coins emblazoned with the new sovereign’s face. “People who may [also] want to have a coin from the last year of Elizabeth’s range.”

He saw something similar when Canada stopped minting pennies in 2012 and “everyone went out and bought rolls” from the very last distribution the following year.

Woodhead also expects there to be an increased demand for rolls of coins from 1953, the first year the Queen appeared on Canada’s coins.

front burner25:13Queen Elizabeth at the end of an empire

Queen Elizabeth took the throne at the age 25, and stayed there through seven decades, 15 British prime ministers and the longest reign in UK history. From the earliest days of her as Queen, Elizabeth grappled with the British Empire transforming into a Commonwealth with more self-determined nations. But in more recent years, the Queen also ruled through the death of Princess Diana, numerous royal family scandals, and political upheaval like Brexit. Today, royal historian Carolyn Harris gives us a look back at how the Queen dealt with a colonial legacy, and a look forward at how the monarchy could change without her.