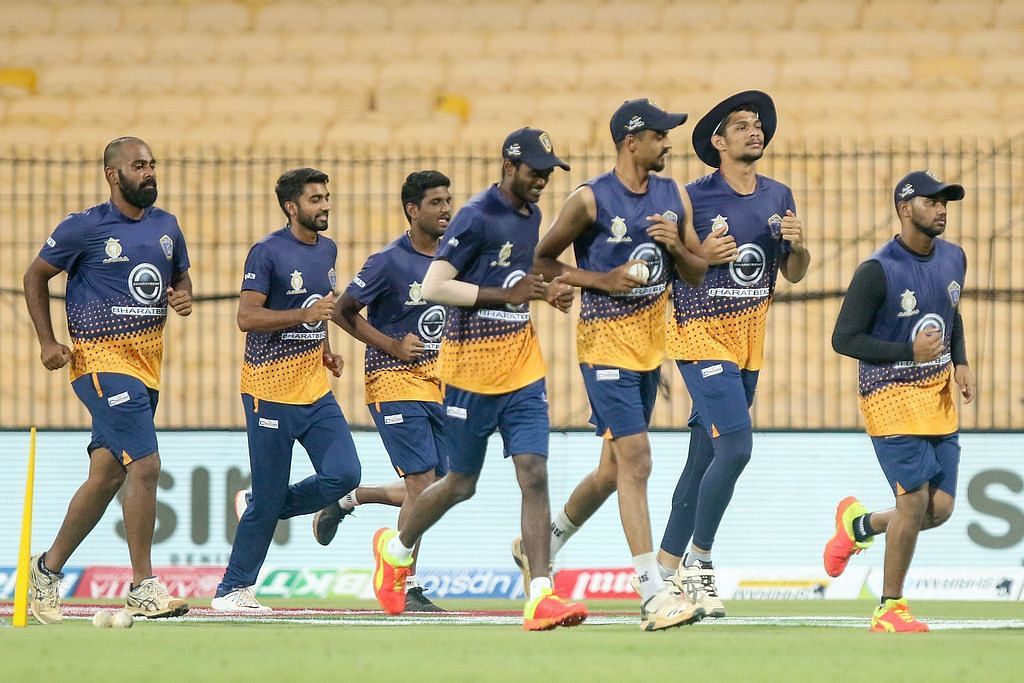 Chepauk captain Kaushik Gandhi won the toss and asked the Royal Kings to bat first. The Kings didn’t have the best of starts, as they only reached 33-1 at the end of the powerplay. Baba Aparajith scored 33, but his departure from him stymied their progress.

The Royal Kings kept losing wickets at regular intervals, but M Shajahan played a good cameo of 25 off 13 balls to help his team post 140 on the board. M Siddharth, Sandeep Warrier, and Sonu Yadav picked up two wickets apiece for the Super Gillies.

In response, the Super Gillies had a poor start to their chase, losing Narayan Jagadeesan and Radhakrishnan in the first over. Kaushik Gandhi and Sai Kishore led the recovery for the defending champions before Kishore departed for 43 to precipitate a middle-order collapse.

However, experienced campaigner Rajagopal Sathish played a fabulous knock of 31* off 19 deliveries to take his team across the line with four balls to spare. Karthick Manikandan, on his debut, bowled brilliantly, finishing with figures of 3-14 but the Royal Kings were beaten by five wickets.

A comprehensive performance from the Super Gillies saw them beat the Royal Kings in the first qualifier to reach the final TNPL. They have been the most successful team in competition history, winning three times and will hope to lift back-to-back titles on Sunday.

The Royal Kings, meanwhile, lost their way this year’s competition after a bright start. They won their first six games but lost their last match against Lyca Kovai Kings. They then lost to the Super Gillies but have one more chance to qualify for the final when they face the Kovai Kings in the second qualifier on Friday.