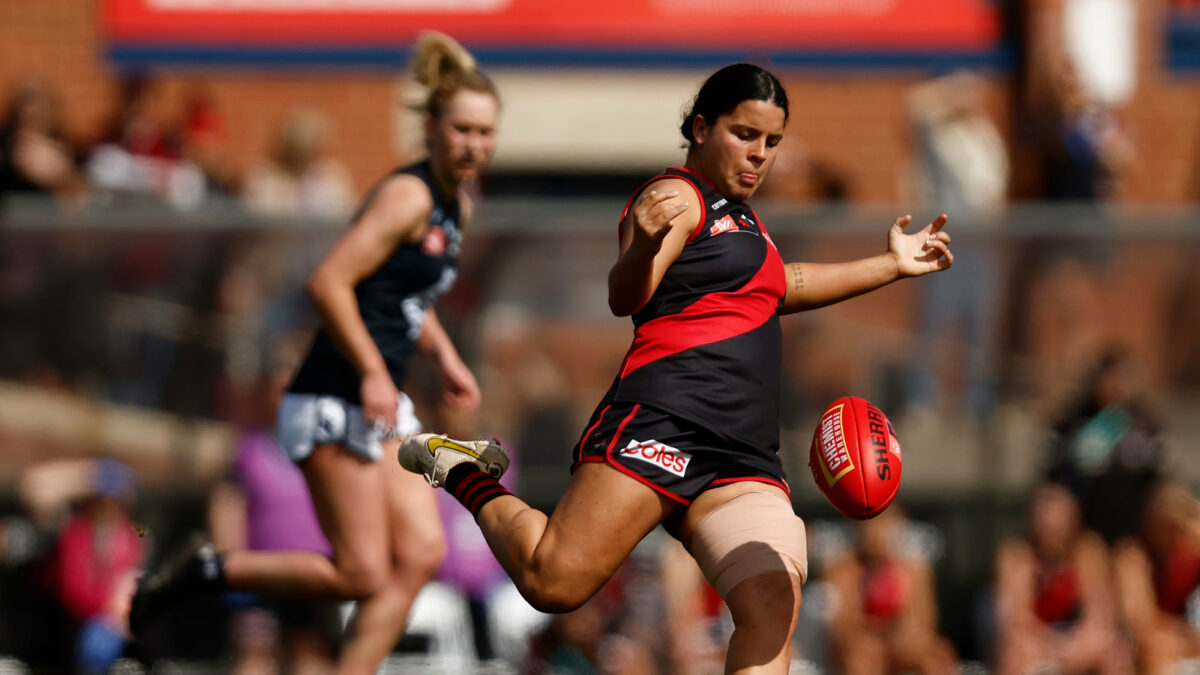 We are exactly halfway finished with AFLW S7, which means it is time for my end-of-year predictions.

I have watched every game of the season thus far; but as with any prediction, I’m likely to be incredibly wrong and end up with egg all over my face.

If your team ranks lower than you think they will actually finish, please let me know in the comments, and we can discuss your team’s chances in the coming rounds. I’d love to hear everyone else’s opinions.

Here’s how I see the season shaping from here!

Both these sides have faced tough opponents and have difficult matches left to face, but they’ve usually come out the better side. They both look incredibly good, and their game styles are incredibly hard to beat.

It might be hard to imagine Brisbane beating Adelaide in round eight if you’ve only got round five’s results fresh on your mind, but it’s a game that’s played at Metricon Stadium, and the Lions will be hungry to prove themselves against a benchmark team. The game might end up being the game of the season; pencil that into your calendars, footy fans.

Adelaide hasn’t looked their premiership best this season, but they have looked incredible in flashes. I think a team that piles on the pressure and applies pressure to the scoreboard consistently (like Brisbane and Melbourne) are the teams that can handily beat them. Other than that, it’s going to take a monumental upset to swoop the Crows.

All three of these teams are dark horses, and all three have consistently impressed me throughout the season (Cats and Kangas especially). I can easily see them also dropping a fair few games that I consider winnable, so the chances of me getting all three of these teams’ end results correct seem pretty few and far between. All in all, I am very impressed by these sides, and I hope they all keep their current, winning form.

By no means is this section of teams bad. Six wins is a great effort, and these teams will be commended on excellent seasons. Sadly, only two of these three teams will be able to make finals based on my rankings, which I’ve got the Bullies being nudged out ever so slightly on percentage. They just haven’t shown me a full four-quarter performance yet, and I think it hinders their chances of winning by big margins and thus upping their percentage.

Technically, Freo would finish the season with four wins, five losses and a draw, but a draw doesn’t help you all that much in the final standings, especially this low down on the ladder; if anything, it gives you a lesser draft pick.

The Western Australian teams will have conflicting feelings about these results; because, for the Eagles, being off the bottom of the ladder and putting together a handful of impressive performances will be gratifying. For the Dockers, finishing this low and outside the top eight will feel like a failure of a season. Both should use this feeling to build for next season.

Now we start to get into my disappointing teams. Of course, Port finish the highest of these teams because of their draw, but all it really does for them is lessen their draft capital. However, both Port and the Bombers should be extremely happy with this result, as it’s their first season in the competition, and they have managed to put together some solid performances.

For GWS and the Saints, it’s an incredibly miserable finish to a season that started with so much hope. Especially because both teams started so red hot in season seven, but ended it with far too many poor performances (I predict). Begin the rebuild and try again next year with a full pre-season.

For the purposes of technicality, Carlton ends the season with two wins, six losses and two draws, but that doesn’t make it any less disappointing. As one of the original AFLW, the Blues really fumbled the bag on this season, but their incredibly young, star-studded roster, needs to come back in season eight bigger and better teams than ever.

On the bright side Blues fans, all it took was two kicks and the Baggers would have ended the season much higher on the ladder, with four wins.

There’s not really too much to say about these sides. They’re young, they both just entered the competition, and they haven’t spent anywhere near enough time with each other to play very well at all. I hope next season they will bring back the majority of their rosters, and they are competitive in a much number of games. 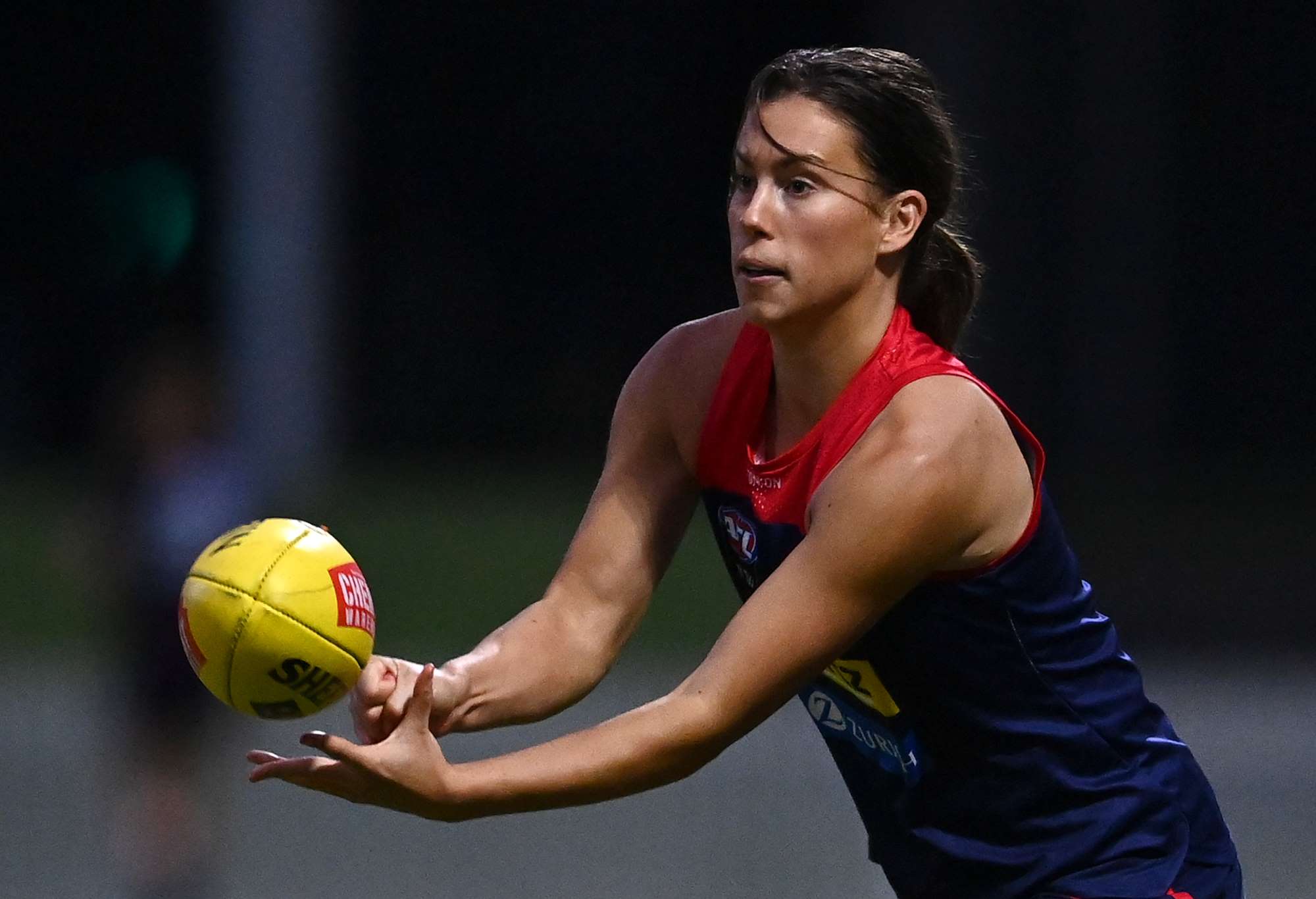 If you’ve been paying attention, my eight finals sides for season seven will be (in order from 1st to 8th):

Brisbane plays off against Geelong in the Grand Final at the Gabba to a sold-out, rowdy crowd. Brisbane wins by a couple of goals, and Emily Bates wins best-on-ground after slotting two goals and having 25 touches.

AFLW Awards Night
With the season wrapped up, the players will unite for an incredible awards evening, which sees a number of awards handed out. The most important are the Rising Star, the Leading goalkicker and the league Best and Fairest awards.

Essendon Young Gun Scott has yet to play a poor game, and her form will only get better as the season progresses. She earned her nomination after round one, and despite her team not winning many games, she will always be the bright spot. I think her victory of her might even end up a landslide. Scott is just that good.

Crows superstar forward Woodland won this prestigious award last year, and she’s on pace to do it again. There aren’t many teams that have as much success as the Crows, and especially with how much they facilitated Woodland getting the footy, she will be hard to beat.

She averages less than two goals a game, but with some easy matchups ahead, the Crows have the chance to pile on some serious points, and Woodland will be the recipient of the majority of those goals. It helps that she’s an incredibly good kick of the footy.

Best and Fairest: Georgie Prespakis (Geelong)
Geelong young gun and cultural heartbeat Prespakis will handily take out this award, in my opinion. She has been the best, or at least the second-best, player on the ground each week, even in Geelong’s losses, and I don’t see why she cannot continue this form.

Her goalkicking ability, the fact that her teammates love her and feed her the ball, and her ability to hit a target with a pin-point pass nudge her above the rest of the competition.

The only problem Georgie might have in winning this award is if teammate Amy McDonald steals away too many votes, but frankly, I don’t see this happening, and with their run home of consecutive wins, the Cats megastar will breeze home to her first , of what might be many, best and fairests.