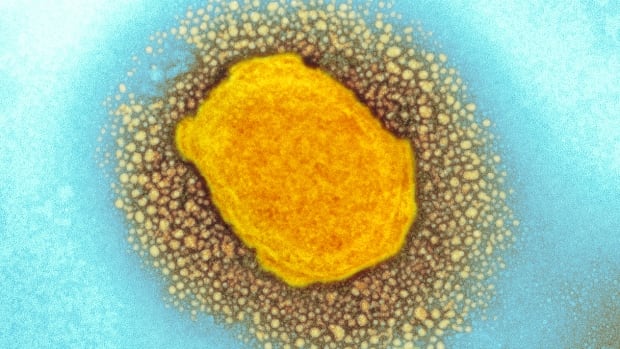 The World Health Organization said “sustained transmission” of monkeypox worldwide could see the virus begin to move into high-risk groups, such as pregnant people, immunocompromised people and children.

WHO said on Wednesday it is investigating reports of infected children, including two cases in the United Kingdom, as well as following up reports in Spain and France. None of the cases in children have been severe.

The virus has now been identified in more than 50 new countries outside the countries in Africa where it is endemic. Cases are also rising in those countries, said WHO, calling for testing to be ramped up.

“I’m concerned about sustained transmission because it would suggest that the virus establishing itself and it could move into high risk groups including children, the immunocompromised and pregnant women,” said WHO chief Tedros Adhanom Ghebreyesus.

Sustained transmission is characterized by the World Health Organization as an illness that can transmit easily from one person to others in the population.

Monkeypox is usually mild, and is endemic in parts of western and central Africa. It is spread by close contact, so it is relatively easy to contain through measures such as self-isolation and hygiene.

CBC News has reached out to the Public Health Agency of Canada (PHAC) for its response to WHO’s warning.

At least 235 cases of monkeypox have been confirmed in Canada, according to PHAC’s latest official figures, which were last updated on Friday.

Those include 184 cases in Quebec, 45 cases in Ontario, four in Alberta and two in British Columbia.

Not a global health emergency ‘at this stage’

WHO’s warning comes days after it said the global outbreak of the virus should be closely monitored, but does not warrant being declared a global health emergency.

In a statement Saturday, the WHO emergency committee said many aspects of the outbreak were “unusual” and acknowledged that monkeypox — which is endemic in some African countries — has been neglected for years.

“While a few members expressed differing views, the committee resolved by consensus to advise the WHO director general that at this stage the outbreak should be determined to not constitute” a global health emergency, WHO said in a statement.

WHO nevertheless pointed to the “emergency nature” of the outbreak and said controlling its spread requires an “intense” response.

The committee said the outbreak should be “closely monitored and reviewed after a few weeks.” But it would recommend a re-assessment before then if certain new developments emerge, such as cases among sex workers, spread to other countries or within countries that have already had cases, increased severity of cases or an increasing rate of spread.