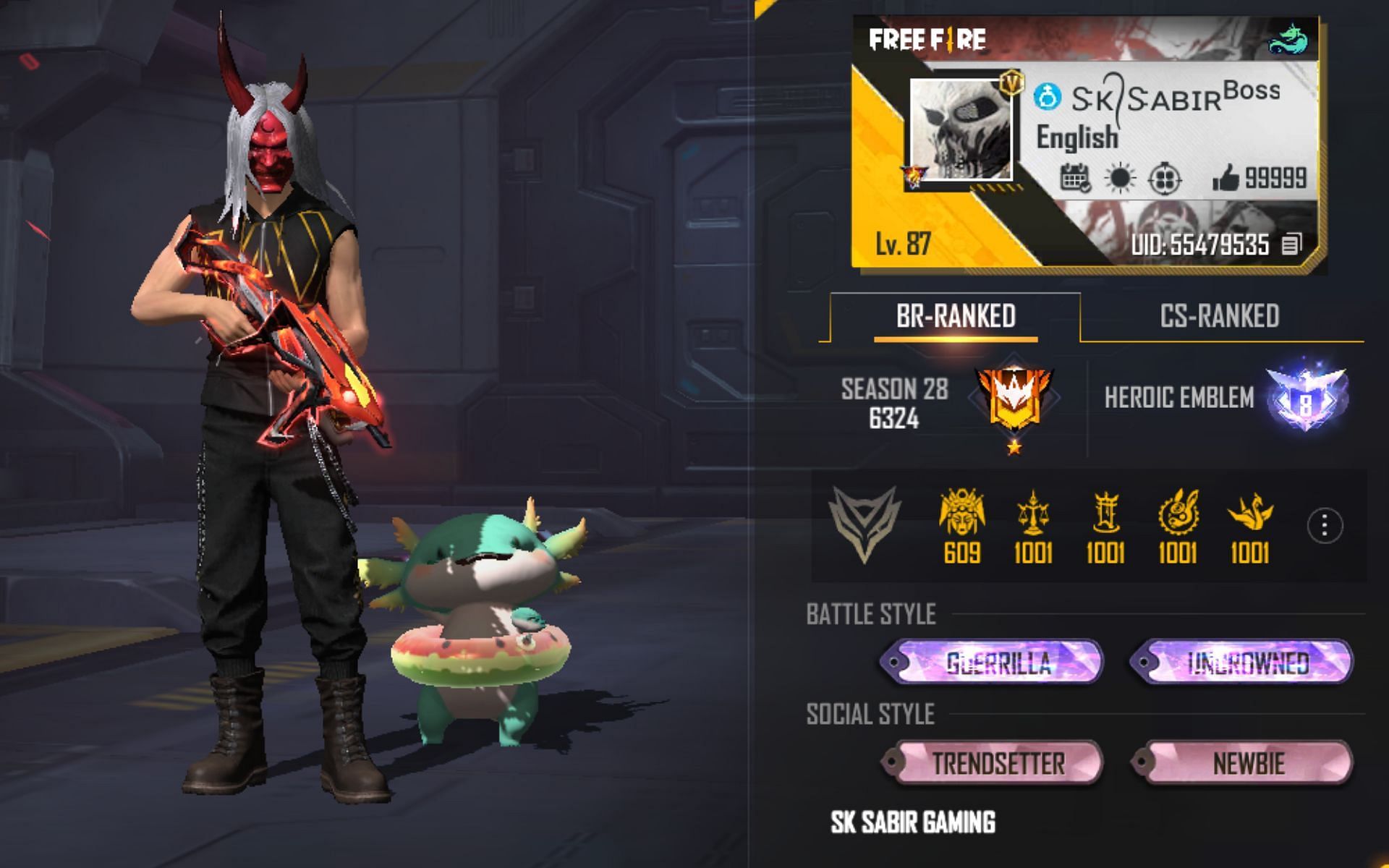 SK Sabir is a well-known name in the Indian Free Fire community. His exceptional gameplay has earned him great respect from players and fans alike. The player from Kolkata is also a very successful content creator on YouTube, where his channel SK Sabir Gaming boasts 4.92 million subscribers.

Besides his massive following on YouTube, he also has close to 8 million followers on the Booyah platform. Moreover, within the battle royale title, SK Sabir Boss is also part of the renowned Boss guild.

Note: Due to government-imposed restrictions, Indian players are advised not to participate in Free Fire. The images and stats used in the article are from the Free Fire MAX version.

What is SK Sabir Boss’ ID in Free Fire?

SK Sabir Boss’ ID in Free Fire is 55479535, and his IGN is Ꮥᴋ᭄Ꮥᴀʙɪʀᴮᵒˢˢ. The gamer has accomplished the Master tier in the BR-Ranked mode while he has reached the Heroic tier in the CS-Ranked mode.

His stats within the game are as follows:

In the duo matches, he has made 3313 appearances to better the opposition 649 times, acquiring a win percentage of 19.58%. The Indian player has also recorded 9200 frags while holding a K/D ratio of 3.45.

The content creator has two ranked duo matches on the profile but has failed to gain a single frag or a win.

On the other hand, he has participated in 196 ranked squad games and scored 69 Booyahs for a victory percentage of 35.20%. SK Sabir Boss has maintained a kill-to-death ratio of 5 with 635 kills to his name.

Note: SK Sabir Boss’ stats were recorded on 30 June 2022 and will change as he engages in more matches.

According to Social Blade, the SK Sabir Gaming channel is said to make between $193 and $3.1K every month. The estimated figures for the entire year are within the range of $2.3K to $37.1K.

SK Sabir Boss has been active on YouTube since 2019 and has posted just over 350 videos. This has earned him 231,679 million views cumulatively. The gamer saw his big break in 2020 as he started the year with a few hundred thousand subscribers, and this total surpassed 3 million by the end of it.

The player has not been very active on the channel recently and has posted only two videos in the previous 30 days. Even then, his channel views have increased by 772k.