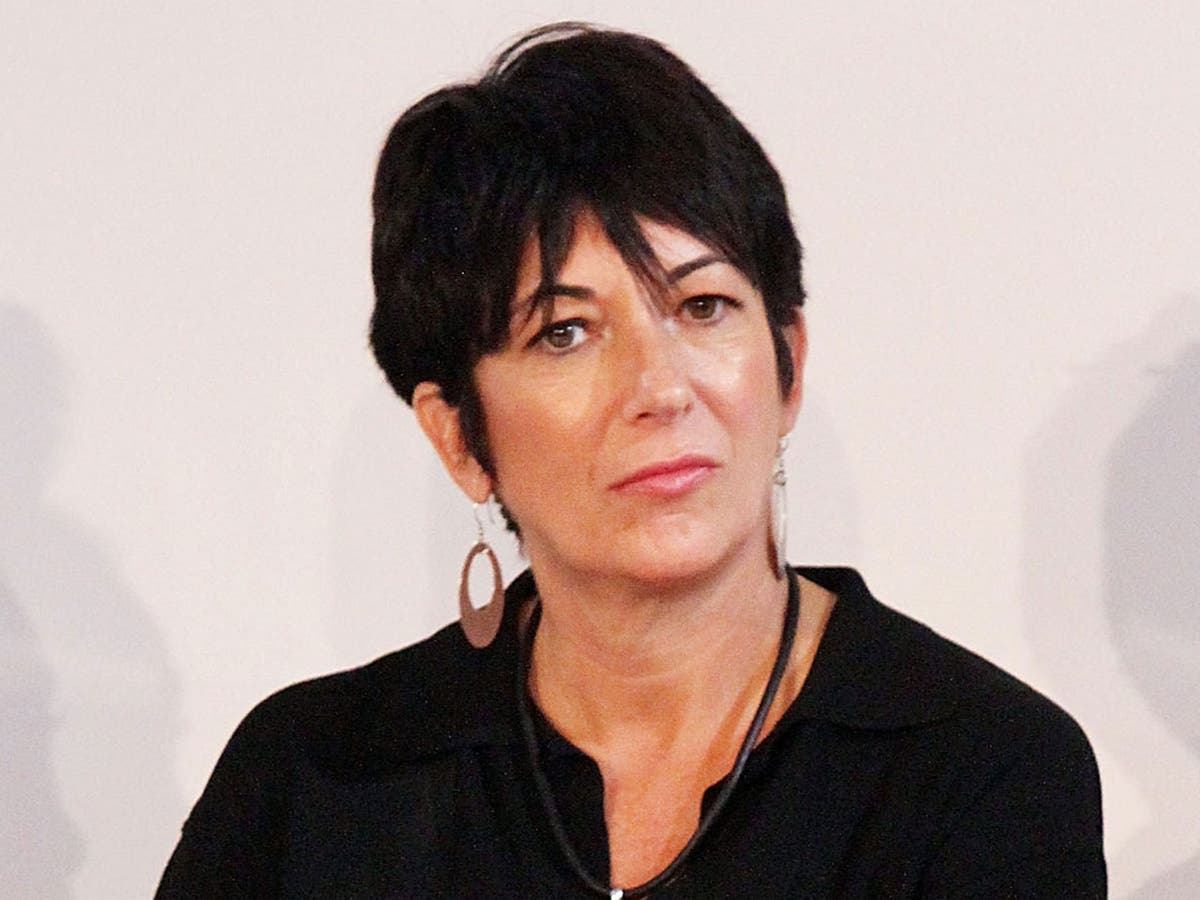 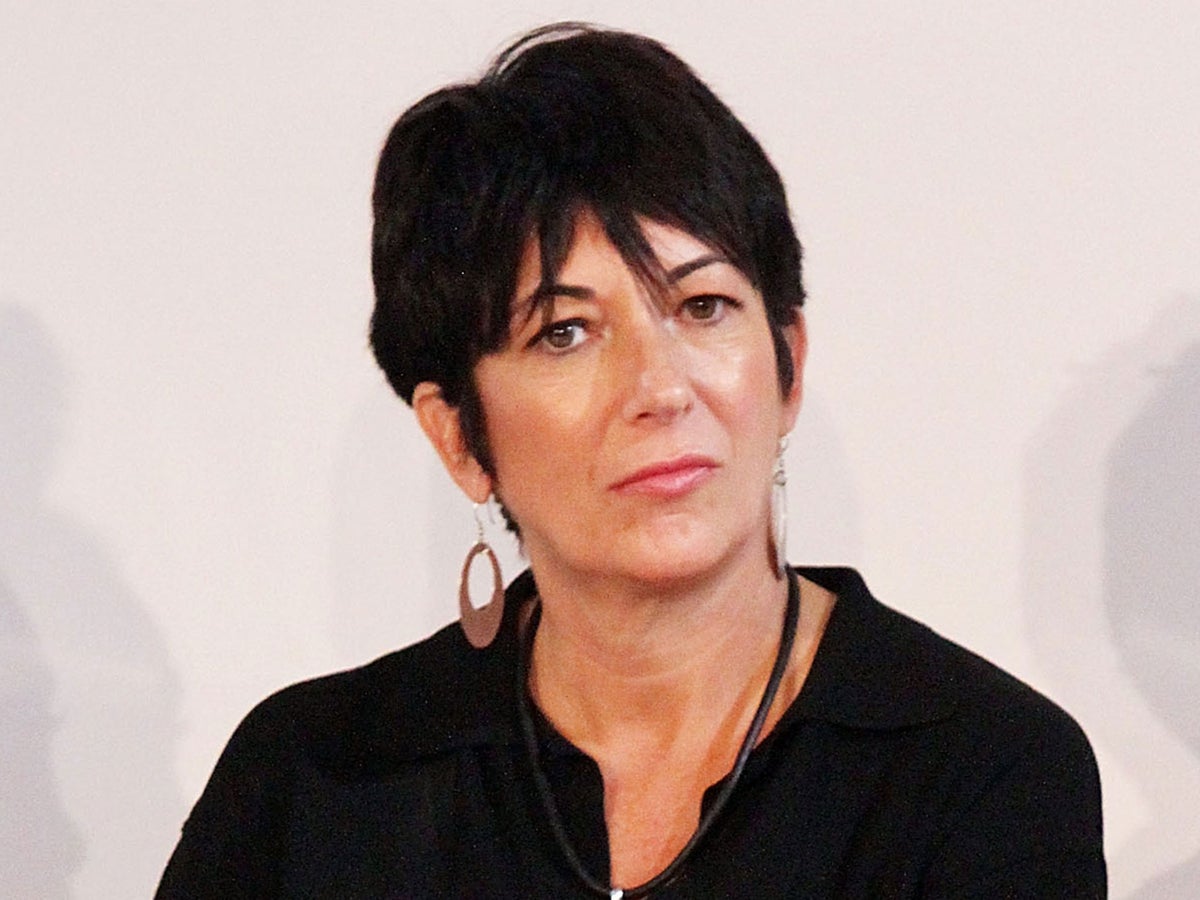 Ghislaine Maxwell, daughter of British newspaper baron Robert Maxwell and his French wife Elisabeth, was born in affluent Maisons-Laffitte in northern France on Christmas Day 1961, the youngest of nine children.

Just two days later, her teenage brother Michael was involved in a car accident that would keep him in a prolonged coma until his death in 1967, a tragedy that marked the family.

Ghislaine and her siblings were raised in Oxford at the Maxwells’ Headington Hill Hall home, a sprawling mansion that also served as the headquarters for their father’s Pergamon Press publishing outfit, which, at 14, Ghislaine would help by learning to programme a new suite of Wang computers her father had introduced in 1973 as part of a modernising initiative.

The Maxwell siblings were reportedly held to exacting standards by their patriarch, who would often call on them sternly to account for their future ambitions in front of his illustrious guests over dinners at Headington, an atmosphere some rejected but which Ghislaine told Tatler in 2000 she found “inspiring”.

Maxwell attended Marlborough College and Balliol College, Oxford, where she studied modern history with languages, befriended the actor Hugh Grant and established an Oxford United supporters club, later becoming a director of the football club after her father assumed the chairmanship between 1982 and 1987.

Known as a socialite in the 1980s, Ghislaine Maxwell travelled widely as a consultant for her father’s businesses and also ran a corporate gifts enterprise he had set up for her.

Clearly the favourite, Ghislane’s father Robert Maxwell named his luxury yacht the Lady Ghislaine after her in 1986.

When Maxwell bought The New York Daily News in January 1991, he sent his youngest daughter across the Atlantic to act as his emissary but, the following November, he disappeared suddenly from the deck of the Lady Ghislaine off the Canary Islands. His body was later found floating at sea.

It subsequently emerged that he had fraudulently appropriated over £440m in pension assets from Mirror Group Newspapers, defrauding 32,000 employees to bolster his company’s share price, a debt the surviving Maxwell family and the British government became liable for. Two of Ghislaine’s brothers, Ian and Kevin, were arrested in June 1992 and charged with fraud before being acquitted in January 1996.

Ghislaine settled in New York permanently at this time, entering the city’s social whirl and befriending billionaire financier Jeffrey Epstein, a former Bear Stearns trader turned consultant, although accounts differ as to precisely when and where they met.

The exact nature of their relationship is also unclear, although, at least initially, it was romantic. Epstein would tell Vanity Fair journalist Vicky Ward in 2003 that she was his “best friend”, the reporter noting: “She seems to organise much of his life”.

In 1995, Epstein, like Ghislaine’s father, named a new venture after her: the Ghislaine Corporation, based out of Palm Beach, Florida, although it was not a success and would be dissolved three years later.

Later, civil court cases brought against Epstein would allege that it was during this period in the mid-1990s that the pair first met a number of the underage girls who would subsequently accuse him of sexual abuse, including an unnamed 13-year-old music student and teenage sisters Marie and Annie Farmer, the former a promising visual artist approached at a New York art gallery after Epstein expressed an interest in one of her paintings.

In 1999, while staying at Epstein’s Florida home, Maxwell is understood to have first encountered Virginia Giuffre, who would accuse the billionaire of sexual abuse in January 2015 but was at the time a minor working at the Mar-a-Lago resort of future President Donald Trump.

Mr Trump was a friend of Epstein, and praised him as “a terrific guy” in New York magazine in 2002 while remarking on his taste in young women with apparent approval.

Maxwell moved to a New York townhouse just a short distance from Epstein’s mansion in 2000 and the pair attended a social gathering at the Queen’s Sandringham House estate in Norfolk at the invitation of her friend Prince Andrew, who had been pictured with Ms Giuffre in London but who remembered the event in question as “a straightforward shooting weekend” in an uncomfortable 2019 interview with the BBC’s Newsnight.

With Maxwell allegedly continuing to act in the manner of a personal assistant to Epstein, the couple moved between New York, his secluded residences in Palm Beach and New Mexico and his private Caribbean island, Little Saint James, over the next few years, the high profile friends they were pictured with at the time including Bill Clinton and celebrity lawyer Alan Dershowitz.

Then, in 2005, Palm Beach police began investigating Epstein after a parent accused him of molesting their 14-year-old stepdaughter at his home having paid her $300 to massage him while naked.

An FBI search of his home turned up two hidden cameras, large numbers of photos of girls and an Amazon receipt for several books on sex slavery.

Epstein pleaded guilty to procuring a child for prostitution and of soliciting a prostitute in 2008 and served 13 months of an 18-month jail sentence, a controversial plea deal agreed with state prosecutors (future Trump administration cabinet member Alex Acosta among them) allowing him to escape a heavier penalty despite federal officials having identified at least 36 girls who could make similar allegations against him.

Miami Herald journalist Julie Brown’s reporting would later indicate as many as 80 girls had been abused by the financier.

Following his release, Maxwell and Epstein were no longer seen together publicly and she turned her attention towards environmentalism, attending conferences around the world to promote The TerraMar Project in 2012, a non-profit organisation apparently engaged in ocean conservation but which “had no offices, gave no grants”, according to The Daily Telegraph. It would cease operations in 2019.

Ms Giuffre’s civil action against Epstein was commenced in January 2015, the complainant alleging that Maxwell had introduced her to him on the pretext that he would pay for her services as a masseuse but was actually intent on grooming her to provide sexual favours, also accusing her of engaging in the procurement and trafficking of other underage girls for the same purpose.

Maxwell denied the accusations and was sued by Ms Giuffre for defamation, the latter winning her case and forcing a substantial compensation payment in May 2017.

Maxwell married in secret at this time, wedding tech millionaire Scott Borgerson, the founder of maritime analytics company CargoMetrics and 14 years her junior, but concealing the union from public view until its exposure in December 2020.

Further cases were meanwhile brought against Epstein by Sarah Ransome in 2017 and by Jennifer Araoz, Annie Farmer and a Jane Doe in 2019 accusing him and Maxwell of offences of a sexual nature.

Epstein was arrested for a second time on 6 July 2019 at Teterboro Airport in New Jersey and charged with sex trafficking and sex trafficking conspiracy but was found dead in his Manhattan prison cell on 10 August 2019 before he could be tried. He reportedly hanged himself.

Maxwell went into hiding, communicating with the courts solely through her lawyers as Reuters reported on 27 December 2019 that the FBI was investigating her for allegedly facilitating Epstein’s criminal activities.

Her representatives subsequently launched a lawsuit of their own in the Superior Court of the US Virgin Islands on 12 March 2020 against the estate of Jeffrey Epstein, suing to recoup her legal costs.

She was finally located and arrested on 2 July at a house in Bradford, New Hampshire, by the FBI, who tracked her mobile phone through calls made to Mr Borgerson, her sister Isobel and her legal representatives.

Maxwell was charged with enticement of minors, sex trafficking of children and perjury, denying all three counts, when her trial was provisionally scheduled for 12 July 2021.

Since then, a federal judge with the Southern District of New York denied her bail after on 14 July, ruling that she represented a flight risk, before the same conclusion was reached at a second bail application on 28 December, at which point Maxwell was estimated to hold $22.5m in assets and had set aside approximately $7m to bankroll her defence.

On 25 January 2021, her lawyers argued that the case against her was a “mishmash” and should be thrown out given that it failed to identify an accuser or give a date on which a specific crime was alleged to have been committed.

“Ms Maxwell is innocent and should not have to guess about what evidence the government claims warrants her continual incarceration but stubbornly refuses to identify or disclose,” they said, also arguing that the pool from which her jurors would be chosen in New York State was insufficiently ethnically diverse to ensure a fair hearing.

Two days later, 112 legal documents relating to her case amounting to thousands of pages were made public, with one notable statement alleging: “Maxwell directed a room full of underage girls to kiss, dance, and touch one another in a sexual way for the defendant and Epstein to watch.”

The files also appeared to show that she had said in a 2016 deposition that she had no prior knowledge of Epstein’s behaviour and only learned about it through the media, saying she heard about it “like everybody else, like the rest of the world, when it was announced in the papers” and had stopped working for him because she “ceased to be happy in the job”.

The superseding indictment extends the timeline of Maxwell’s alleged involvement in Epstein’s abuse of young women to 2004.  and adds another alleged victim, “Minor Victim-4.” The previous indictment only dealt with events from 1994 to 1997.

Maxwell denied all charges against her and pleaded not guilty to all six federal counts.

Leading up to and during the trial, Maxwell was held at the Metropolitan Detention Center in Brooklyn, New York, where she complained of being physically assaulted by a guard in February 2021 and said that she has been subjected to onerous conditions, including being regularly searched, kept under 24-hour surveillance and awoken by torchlight every 15 minutes while sleeping, seemingly to ensure she does not attempt to escape justice by taking her own life like Epstein.

“She is withering to a shell of her former self – losing weight, losing hair, and losing her ability to concentrate,” her attorney Bobbi Sternheim wrote in her complaint.

During the trial, Maxwell argued that she was being made a scapegoat for her ex-boyfriend’s crimes in the wake of his suicide.

In closing for her defence on 20 December 2021, Maxwell’s lawyer told jurors: “I am not here to defend Jeffrey Epstein. He is not my client. The US presented evidence like a sensational tabloid. These were things that Epstein did, perhaps, his crimes. But Ghislaine Maxwell is not Epstein.”

The jury found her not guilty on the charge of enticing a minor to travel to engage in illegal sex acts.

Maxwell showed very little reaction as the verdicts were read aloud. She was seen pouring herself a glass of water and taking small sips as they were read; at one point, one of her lawyers, Jeffrey Pagliuca, put his arm around Maxwell. She was then led out of the courtroom by marshals, unshackled, before being returned to the Metropolitan Detention Centre where she will await her sentencing hearing.

Maxwell’s legal team quickly began working on her appeal and launched a separate bid for a retrial after one of the original jurors spoke to the press and revealed he had a personal history of sexual abuse.

The defence said that Juror 50, who spoke publicly under his first names Scotty David, lied about his history in a pre-trial verdict that resulted in an unfair trial but Judge Alison Nathan ultimately rejected their call for a retrial.

Judge Nathan described her offences as “heinous and predatory” as she sentenced Maxwell to a term that exceeded her own maximum sentencing guideline of up to 19 years and eight months.