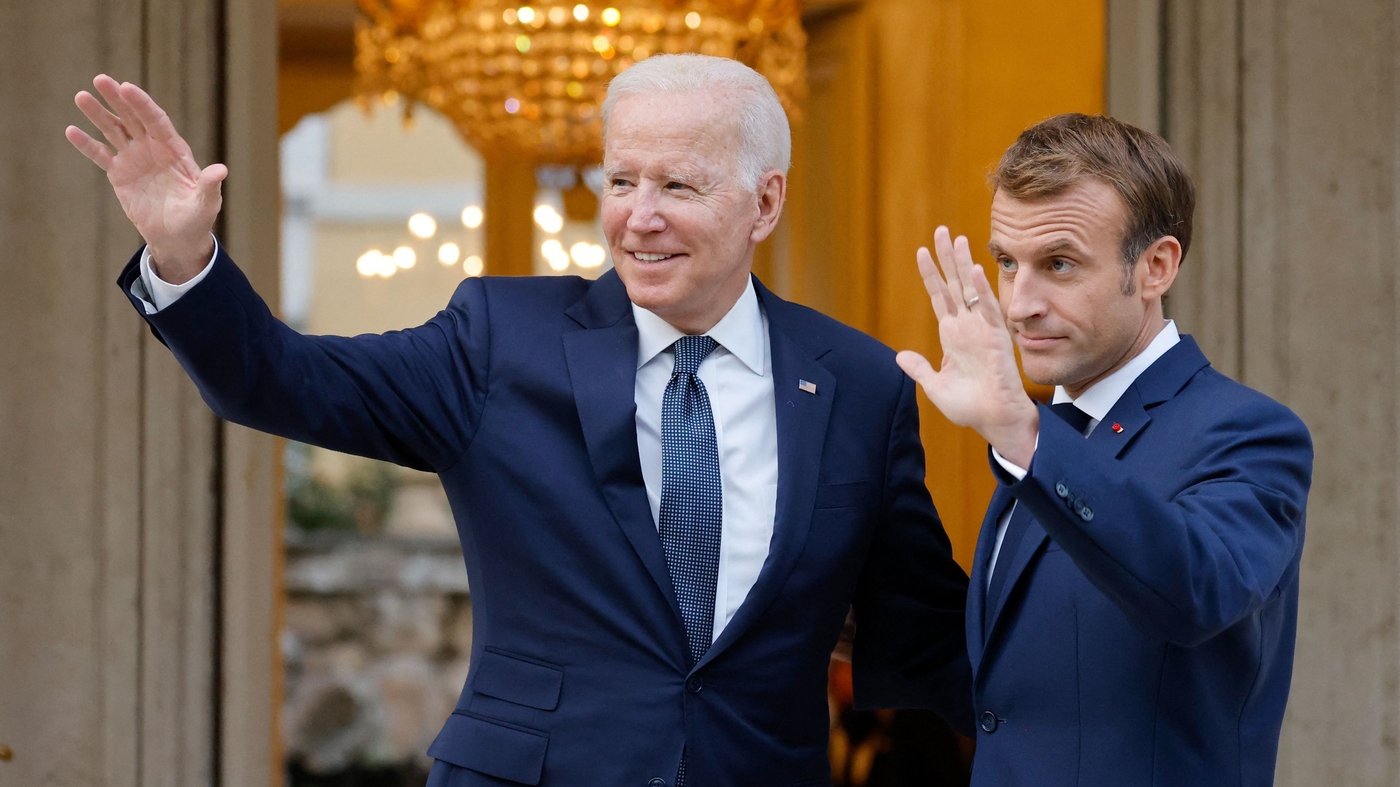 French President Emmanuel Macron welcomes President Biden before their meeting at the French Embassy to the Vatican in Rome on Oct. 29, 2021.

French President Emmanuel Macron welcomes President Biden before their meeting at the French Embassy to the Vatican in Rome on Oct. 29, 2021.

President Biden is hosting his first state dinner at the White House Thursday for French President Emmanuel Macron, a return to some of the more ceremonial diplomatic activities that were delayed due to the COVID-19 pandemic.

The White House says the visit by Macron and his wife, Brigitte, will underscore the deep relationship with the United States’ oldest ally.

National Security Council spokesman John Kirby said France is not only the United State’s oldest ally, but a “vital global partner” on a number critical issues.

A state visit is one of the most glamorous events held at the White House. It includes an elaborate arrival ceremony, press conference between the two leaders and a black-tie dinner, which this year will feature a performance by Grammy award winner Jon Batiste.

The Macrons arrived Tuesday night for the three-day visit that also includes a visit to NASA headquarters with Vice President Kamala Harris and lunch at the State Department.

During their stay, Macron and his wife will sleep at the historic Blair House, across the street from the White House.

As a sign of France’s importance, Macron is actually returning for his second state visit. He was also the first guest of former President Donald Trump’s at a state dinner.

German Chancellor Angela Merkel has retired and the Britain’s Boris Johnson resigned, which has left the 44-year-old Macron, even though he’s young, as one of the most experienced European leaders.

“France has jumped to the head of the queue,” said Charles Kupchan, who was a senior adviser on European issues in the Obama White House. “America’s go-to partner used to be the United Kingdom, But the UK has left. The European Union has been tied up in political knots.

It also symbolizes the recovery of a key relationship that deteriorated over a submarine deal with Australia last year that infuriated France.

The two teams say they’re looking forward and focused on the most urgent global issues, including Russia’s war in Ukraine and the challenges posed by China and Iran.

The leaders are also expected to discuss the climate, energy issues and economic cooperation.

But the visit is not without its fair share of challenges.

While there are lingering issues of trust in the defense sector following the submarine fiasco, the war in Ukraine has put those issues into perspective, said Célia Belin, a former policy adviser in the French foreign ministry.

“The war has reminded everybody of what is really at stake,” said Belin, who is now a Paris-based fellow for the Brookings Institution. “And what’s most important is transatlantic solidarity.”

But she said the war hasn’t erased all the other challenges the two country’s face.

One of the big ones is France’s concerns about Biden’s climate and infrastructure bill.

French officials have raised concerns about Biden’s “Made in America” ​​electric car provisions, which French leaders say could put European car makers at a disadvantage. And Macron has warned Europe may have to take action in response, including granting subsidies to European companies.

Martin Quencez, the deputy director of the German Marshall Fund’s Paris office, says if the Biden administration is as committed as it says it is to the alliance around the world, then it needs to take into consideration the effects of its domestic politics policies on the same allies.