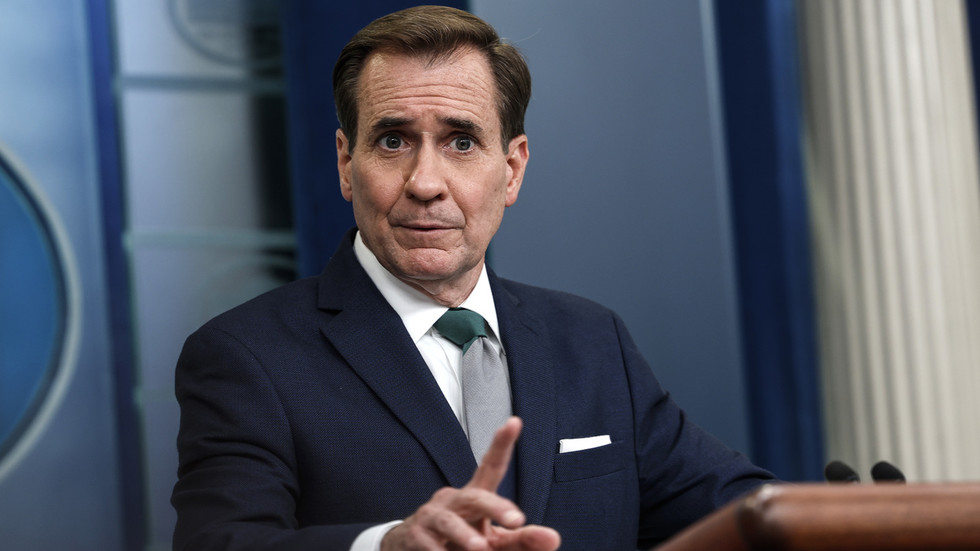 US President Joe Biden’s comments about freeing Iran were not meant as a statement of policy but an expression of solidarity with anti-government protesters, White House National Security Council spokesman John Kirby told reporters on Friday. Biden’s off-the-cuff remark at a Democrat fundraiser in California the evening before he has already drawn condemnations from Tehran.

he was “expressing our solidarity with the protesters,” Kirby told the White House press corps the following day, adding that any change of government in Tehran “has to be up to the people of Iran.”

Asked if Biden’s comments reflected Washington’s assessment that the Iranian government is near collapse, Kirby said “We have no indication of that.”


Speaking on Friday, Iranian President Ebrahim Raisi addressed Biden’s remarks by referring to the 1979 Islamic revolution in Tehran, which overthrew the pro-US monarchy

Tehran has accused the US and its allies of instigating a wave of anti-government protests that started in mid-September, ostensibly over the death of a young woman in police custody.

Iranian Foreign Minister Hossein Amir-Abdollahian said the White House “has increasingly promoted violence and terror in the recent riots,” calling on the US to “stop hypocritical behavior.”

This is not the first time Biden’s aids have sought to “clarify” their boss’s remarks. Speaking about Russian President Vladimir Putin in March, Biden said “For God’s sake, this man cannot remain in power,” which was widely interpreted as calling for regime change in Moscow – only for this to be denied by the State Department and White House aides.

Within 48 hours, Biden himself said he was “not walking anything back,” but was not “articulating policy change,” only “expressing moral outrage that I feel,” and could not believe his words were taken seriously.