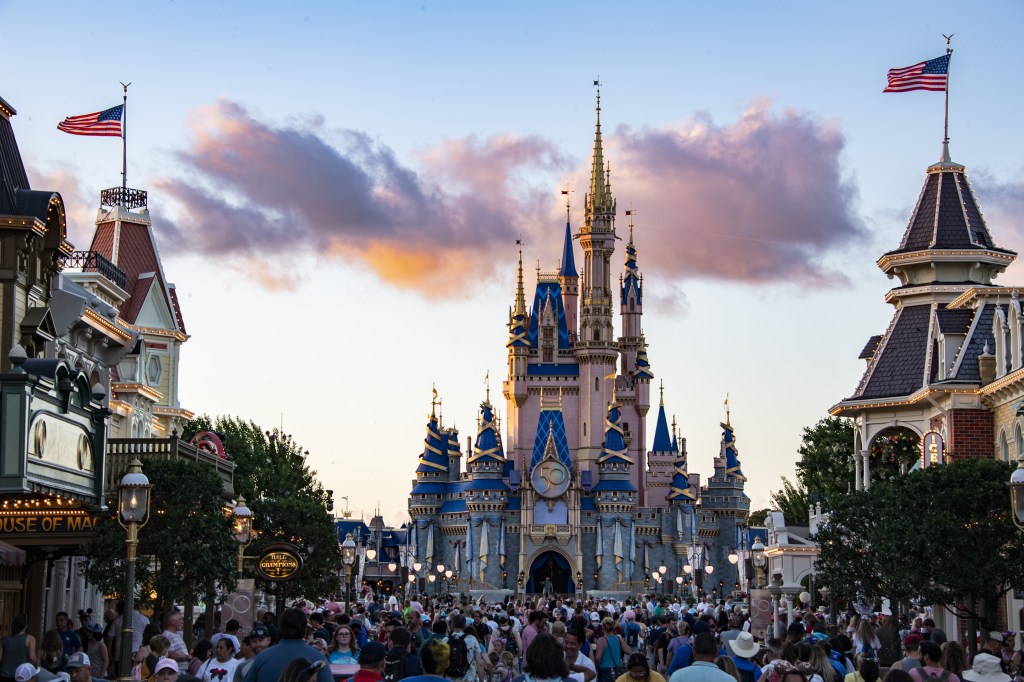 Hurricane Ian was somewhere between a Category 2 and 3 storm lumbering toward Orlando on Wednesday night when guests at Walt Disney World hotels got add version of the following message: “For your safety, we ask that you shelter indoors and do not leave your resort building until further notice.”

Deadline understands that the resort’s hotels are at capacity after Disney closed down its Orlando parks for two days and told all hotel guests yesterday that they must be checked in by 3 pm They were also asked “to shelter in place at their resort for the duration of the storm.”

Somewhat ominously, WDW encourages guests to eat their fill before hunkering down.

“Guests are strongly encouraged to enjoy food and beverage offerings at the parks and Disney Springs before returning to their Resort hotels. Dining options for Guests staying in our Resort hotels will vary, and in some cases may be very limited,” a statement on the WDW site read.

That had the makings of a horror movie with trapped, ever-more-desperate guests fighting over dwindling crumbs of food as they berated exhausted service workers. But, on Day 1 at least, that was not the case. In fact, Castmembers whipped up some old-time Disney magic, including a dance party with the Country Bears and a song-and-dance session for the kids.

Goofy, Mickey and Chip and Dale sat down to watch a movie with the kids.

This is the most wholesome thing I’ve ever seen https://t.co/G5IsYQc5et

Daisy and Goofy got a game of bingo going with a group of guests.

Daisy and Goofy playing Bingo with guests at the Beach Club #HurricaneIan pic.twitter.com/MslOS8Fp23

It was a procession of cheery characters worthy of any Main Street parade.

Additionally, lifeguards kept the pools open in the rain this morning at least two properties so guests and families who didn’t mind getting wet could get outdoors safely.

In fact, Disney Castmembers set up a whole day of activities including “Name That Disney Tune,” “Stuffed Animal Parade,” the intriguing-sounding “Indoor Campfire” and a screening of The Lion King.

Any parent who’s spend a rainy day indoors with a kid who’s feeling trapped knows how valuable that kind of fan service is.

While there was some hint of scarce food, Disney’s Animal Kingdom Lodge offered a full menu along with family-friendly meal kits. In a shocker for anyone who’s purchased food at a theme park lately, sandwiches were just $7. For kids, the ham and cheese or a peanut butter and jelly sandwich kit was $6.

Flashlights and rain tarps were delivered to some guests’ rooms.

There were, of course, some issues, among them the Space Mountain sized lines at one food court and Whispering Canyon Cafe.

If you wanted to know what a Disneyworld food court looks like during a hurricane… pic.twitter.com/MyH2oGqKU4

The gift shops were forced to enforce purchase limits, with only two like items allowed per guest.

And the worst is yet to come, at least stormwise. The National Weather Service tonight issued Tornado and a Flash Flood Warnings in the area and warned of “catastrophic flooding” tonight and tomorrow.

Conditions will deteriorate tonight. TS to hurricane force winds are expected. The threat of significant to catastrophic flooding is expected to develop tonight-Thu for areas from N Osceola & N Brevard north including metro Orlando. Flooding can be especially dangerous at night. pic.twitter.com/BZ0R9ilRyr