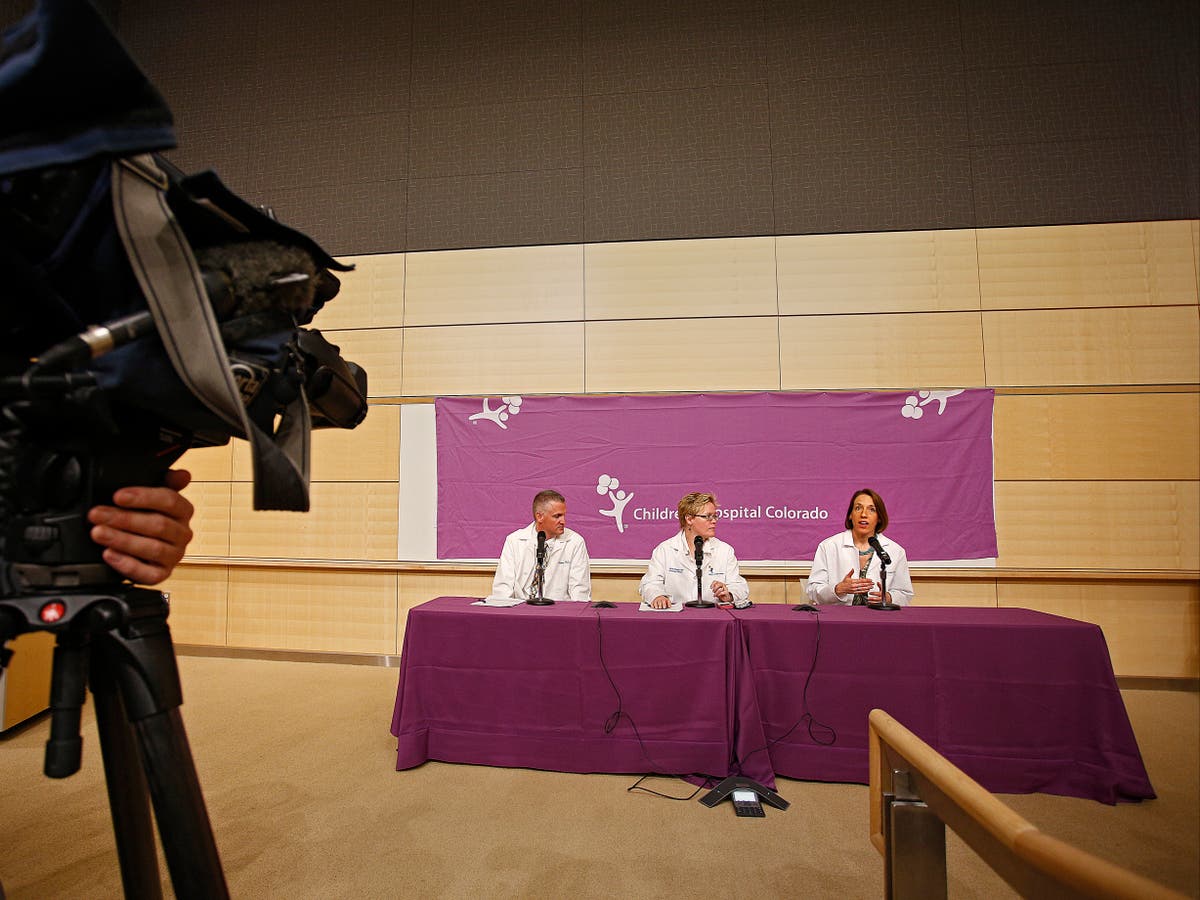 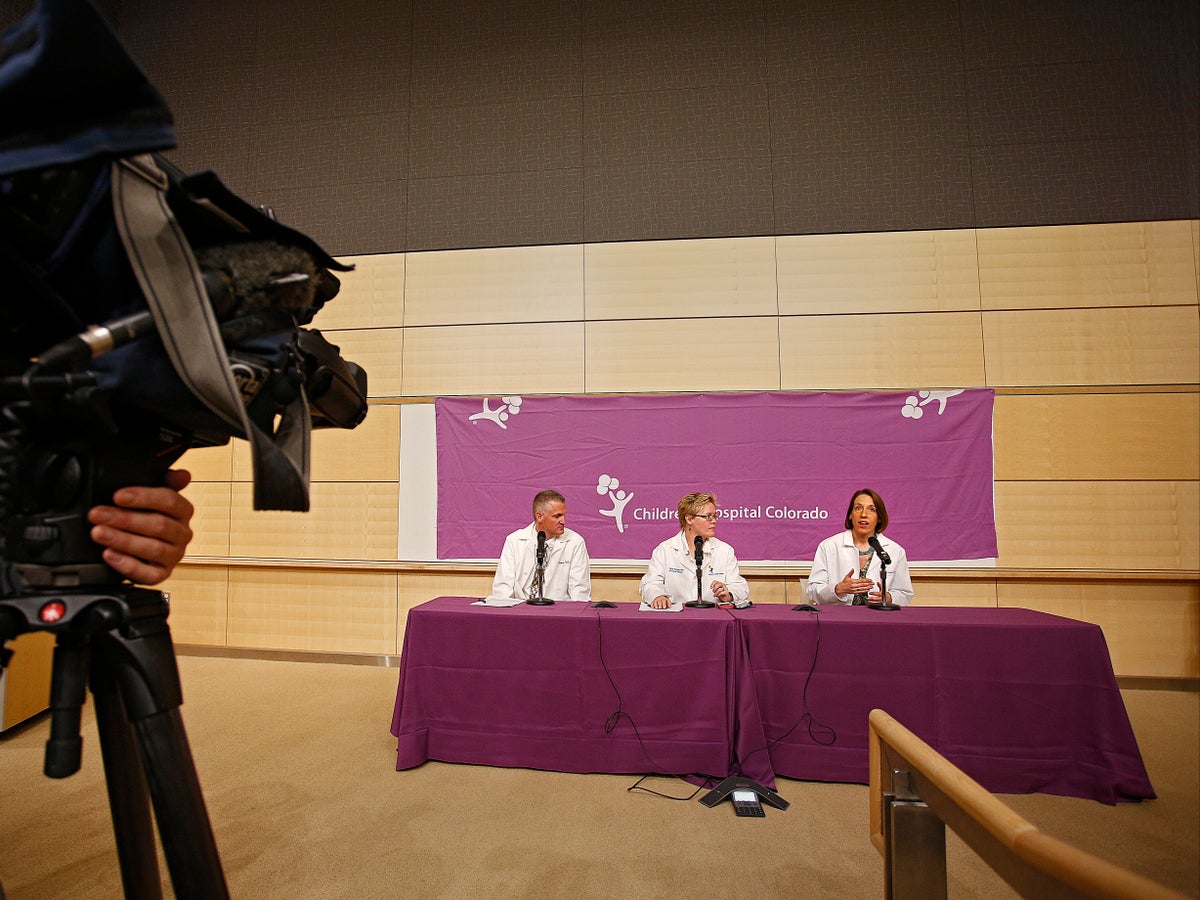 The Centers for Disease Control and Prevention (CDC) has reported a spike in EV-D68, a virus in rare cases can lead to permanent paralysis in children.

The agency sent out a warning on 9 September concerning an increase in the spread of the contagious virus.

The CDC has said that hospitals and other healthcare told the agency during the course of last month that “pediatric hospitalization providers in patients with severe respiratory illness who also tested positive for rhinovirus (RV) and/or enterovirus (EV)” had increased.

Rhinoviruses cause around half of all common colds

Around half of all common colds “are caused by some kind of rhinovirus” and there are more than 100 kinds of each of rhinoviruses and enteroviruses that can lead to infections, according to the Wisconsin Department of Health Services.

One of those enteroviruses is EV-D68, which has been connected to rare cases of paralysis.

Most of those who are infected experience mild or no symptoms, but some infections can become severe, especially for children or those with impaired immune systems.

“Most people who get infected with non-polio enteroviruses do not get sick, or they only have mild illness, like the common cold. Symptoms of mild illness can include fever, runny nose, sneezing, cough, skin rash, mouth blisters, and body and muscle aches,” according to the CDC.

The CDC has been told by healthcare providers that some children have also tested positive for enterovirus D68, also known as EV-D68. The CDC said the number of children testing positive for RV or EV as well as EV-D68 is higher this year than previously.

“The number of detections in July – August 2022 was greater than in the same period of the previous three years,” the agency stated.

“Although it primarily causes respiratory illness, EV-D68 has been associated with acute flaccid myelitis (AFM), a rare but serious neurologic complication involving acute limb weakness,” the CDC said in its advisory.

AFM can sometimes lead to permanent paralysis, according to the agency.

The CDC “had not received increased reports of AFM cases with onset in 2022” as of 30 August of this year. But the agency said that “increases in EV-D68 respiratory illnesses have typically preceded cases of AFM, also indicating that increased vigilance for AFM in the coming weeks will be essential”.

The respiratory symptoms are similar for those infected with RVs and EV-D68.

“Common symptoms among hospitalized children with EV-D68 include cough, shortness of breath, and wheezing,” the CDC said, adding that “fever is reported in approximately half of known cases.”

“On rare occasions, EV-D68 may cause AFM. This rare but serious neurologic condition primarily affects children and typically presents with sudden limb weakness,” the agency added. “There are no vaccines available or specific treatments for RV or EV, including EV-D68, and clinical care is supportive.”

RVs and EVs have similarities making them “indistinguishable from one another” on complex tests used in clinical settings. To differentiate them, more detailed measures are required.

Spread of EV-D68 peaks in late summer and early fall

According to the CDC, RVs circulate at all times but tend to peak in the spring and fall. The peak of EV season is late summer and early fall, the same is true for EV-D68.

There was an outbreak of severe respiratory illness across the country in 2014 caused by EV-D68.

“The relatively lower circulation in 2020 may reflect the use of Covid-19 pandemic infection mitigation measures, which are known to have interrupted the circulation of other respiratory viruses,” the CDC said.

The median age of children seeking emergency or inpatient care in 2018 in cases of respiratory illness associated with EV-D68 was three years.

But the CDC notes that “all ages of children and adolescents can be affected”.

‘Children with asthma may be more likely to require care’

Among, the CDC said that EV-D68 is “less understood” but that it’s “thought to be more commonly adults detected in patients with underlying conditions”.

Wash your hands and stay home when sick

The CDC advised the public to wash their hands “often with soap and water for 20 seconds,” to “avoid touching your eyes, nose, and mouth with unwashed hands”, and to avoid close contact or the sharing of utensils with sick individuals.

The agency also urged people to cover their coughs and sneezes “with a tissue or your upper shirt sleeve, not your hands,” to often clean touched surfaces and to stay home if they’re ill.

“Contact a healthcare provider immediately if you or your child has trouble breathing or has a sudden onset of limb weakness,” the CDC said, also urging people to follow the updated asthma action plan, and to make sure they have all recommended vaccines.