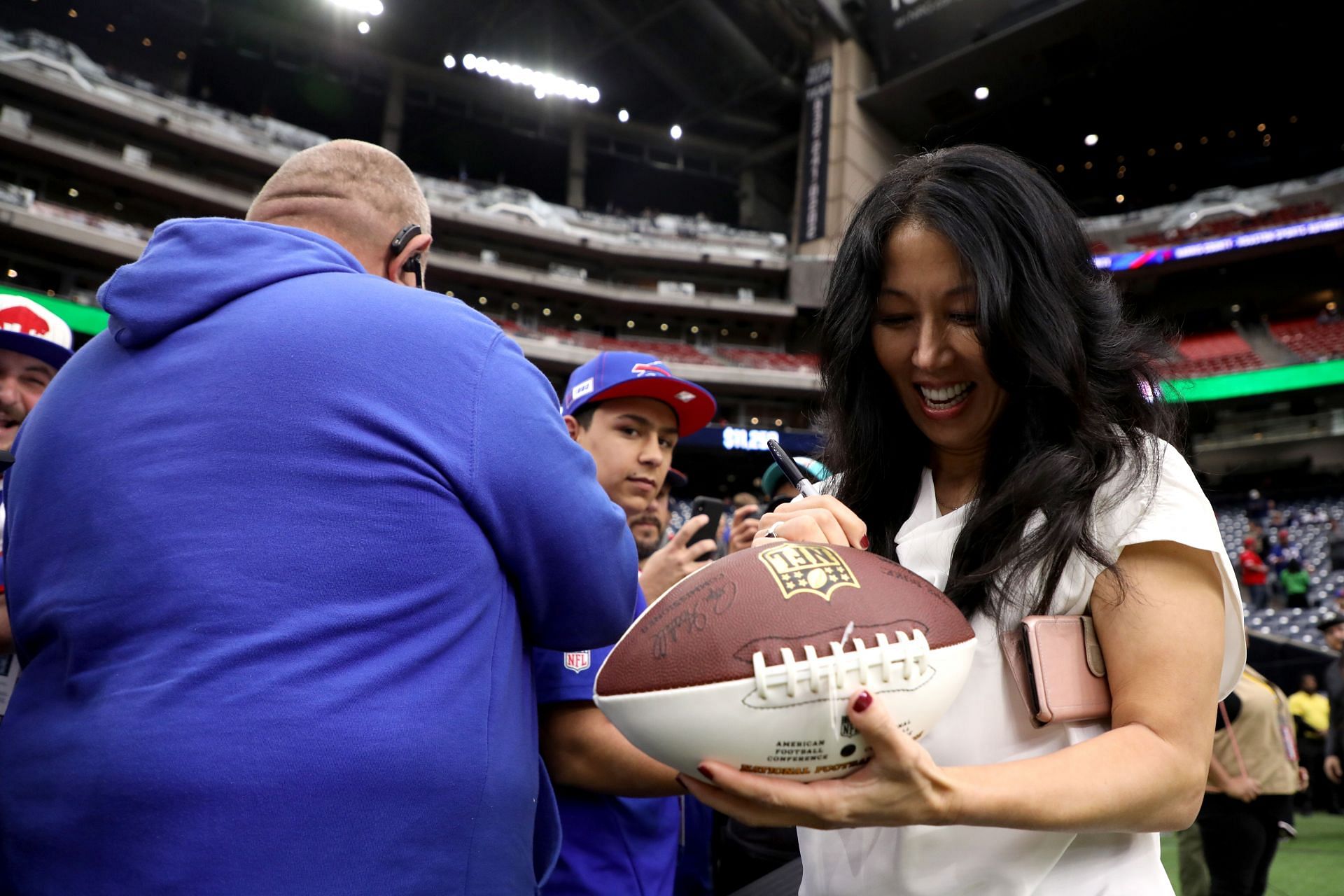 Terry and Kim Pegula currently own the Buffalo Bills, though Kim has been facing health issues for a while now. She is the president of Pegula Sports and Entertainment Company and was recently the subject of death rumors circulating on Twitter. However, that’s not the case. Rumors swirled that Pegula had died from a heart attack, but in reality, she’s doing just fine right now.

The Buffalo Bills released a statement on behalf of their co-owner, saying:

“Kim is progressing well and is resting and rehabilitating from a health issue. We are grateful to the medical professionals providing her care to her and to everyone for their prayers and well wishes.”

Last week, she was reportedly in the ICU with unexpected health issues. The family gave this update when she first received medical assistance:

“Kim Pegula is receiving medical care as a result of some unexpected health issues. We are very grateful for the progress she has made over the past few days. She has an exceptional team of medical experts at her side. We ask that you keep Kim and our family in your prayers and ask that you respect our need for privacy.”

The good news is that she is in the clear. The team and the family have thus far preferred to keep the details private, perhaps because of what they’ve seen happening on Twitter recently.

They didn’t release any information other than that she is now resting, though it’s unclear whether she has been released from the ICU or if she is still in hospital care.

In 2014, Kim and her husband Terry became the owners of the Buffalo Bills. They won a record bid for the Bills, spending $1.4 billion. That was enough to beat out Donald Trump and Jon Bon Jovi, among others.

According to Celebrity Net Worth, she is currently worth $100 million. She holds the prestigious honor of being the first woman to serve as team president in both the NFL and NHL. She is involved with the Buffalo Sabers as well.

The couple bought the Sabers in 2011, just three years prior to their record-setting purchase of the Bills.

If you use any of the above quotes, please credit The Teal Mango and H/T Sportskeeda.