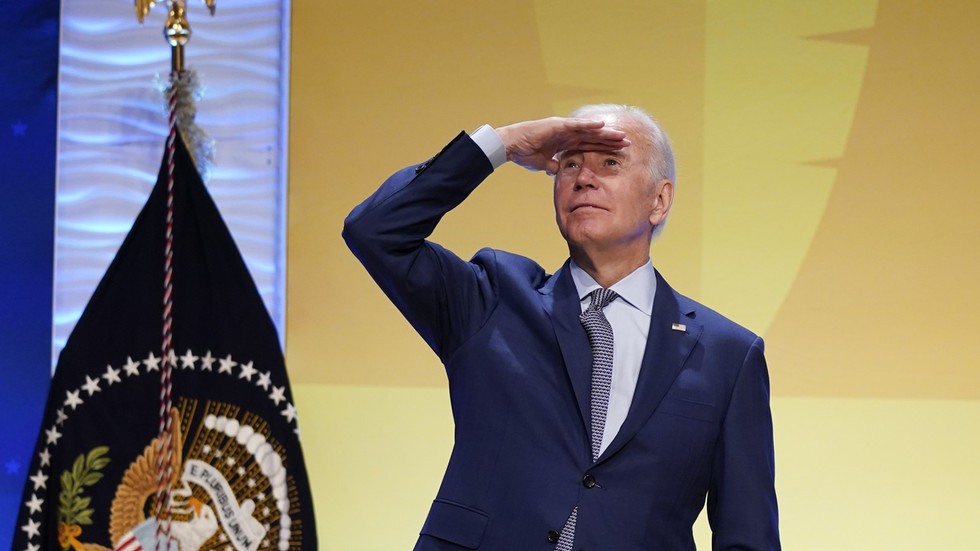 The White House has clarified that President Joe Biden looked around the room asking for Congresswoman Jackie Walorski on Wednesday because “she was on his mind.” While Biden apparently thought Walorski would be at the White House event, she died in a car accident last month.

Speaking at a conference on food insecurity, Biden thanked a list of lawmakers who sponsored bill establishing the conference. Walorski, a Republican from Indiana, was among them.

“Jackie, are you here?” Biden asked as he scanned the crowd. “Where’s Jackie? I think she wasn’t going to be here,” he trailed off.

Walorski died in early August, in a car crash that also killed two of her staffers. At the time of her death, Biden issued a statement saying that he himself and First Lady Jill Biden were “shocked and saddened” by her passing, and “appreciated her partnership” as they planned for Wednesday’s conference.

Biden was embarrassed again: “Congressman Jackie, are you here? Where is Jackie?Rep. Jackie Valorsky died in a car accident in August along with two of her aids. pic.twitter.com/GDbYw4zpGu

The White House was forced to do damage control, with Press Secretary Karine Jean-Pierre explaining to reporters later that day that Biden “had already planned to welcome the congresswoman’s family to the White House on Friday,” for a bill signing ceremony and therefore “she was on his mind. She was at top of mind for the president.”

“But I think the confusing part is why, if she and the family is top of mind, does the president think that she’s living and in the room?” the reporter asked.

“I don’t find that confusing,” Jean-Pierre responded, adding that Biden’s apparent mix-up was “not an unusual scenario.”

Reporter: “The confusing part is why, if she and the family is top of mind, does the president think that she’s living and in the room?”KJP: “I don’t find that confusing.”Reporter: “I have John Lennon top of mind just about every day but I’m not looking around for him.” pic.twitter.com/VUrXCmpcgl

Republicans have repeatedly asserted that Biden, who is 79 years old, is experiencing cognitive decline. While Biden was known throughout his five-decade political career for verbal slip-ups and gaffes, the president has more recently struggled to read from a teleprompter and become visibly confused during multiple public events.

According to a poll taken last month, 59% of Americans are “concerned” with President Biden’s mental health, with 36% saying they are “very concerned.”