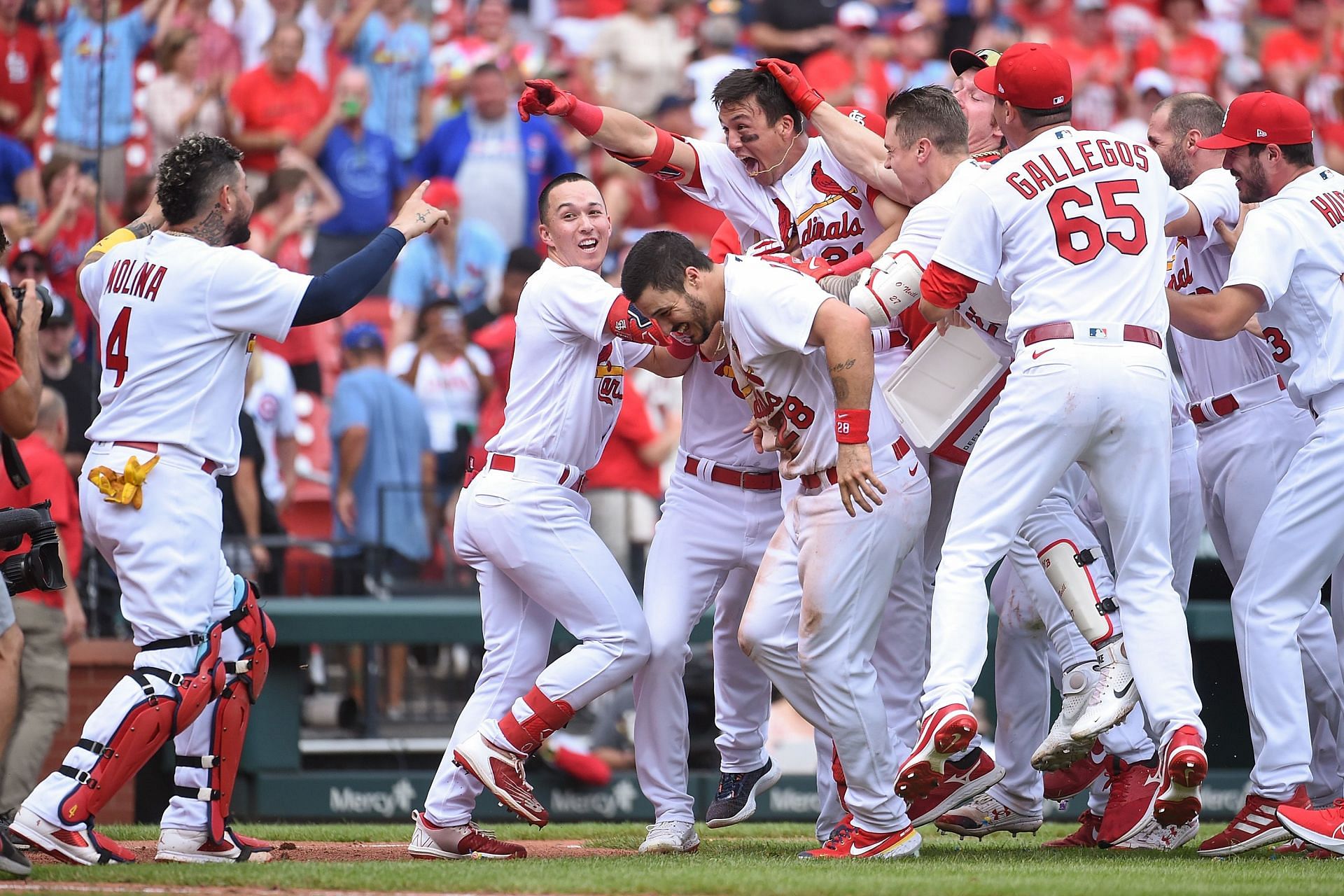 The St. Louis Cardinals found an unexpected hero against the Chicago Cubs in the form of Lars Nootbaar. In addition to having the best name in the MLB, Nootbaar is a promising up-and-comer who has now proven to have the clutch gene. The game was tied when he stepped up to the plate, and it was over when he left.

The base-hit drove in a runner from second base to score the game’s winning run. A video of the walk-off hit was posted to Twitter by MLB.

This was a big game for the St. Louis Cardinals, who are now only 0.5 games behind the Milwaukee Brewers in the National League Central. They need all the wins they can get in their quest to surpass the Brewers. The win was thankfully handed to them by the man they called Nootbaar.

The Cardinals may not have been able to acquire Juan Soto at the trade deadline, but the fans no longer feel the need for him. Nootbaar is all they need, perhaps he is all they ever needed.

@MLB who needs juan soto when we have lars goatbaar

@MLB who needs juan soto when we have lars goatbaar

Lars Nootbaar has only played 51 games for the St. Louis Cardinals this season, but that number will definitely be on the rise. In addition to being a fan favorite, he is getting better offensively with every opportunity. People might know him for his name, but they will remember him for what he does on the field.

@Cardinals Nootbaar just might take over the role as our spark plug since Bader is gone. Love his energy from him here #STLCards

@Cardinals Nootbaar just might take over the role as our spark plug since Bader is gone. Love his energy from him here #STLCards

The St. Louis Cardinals are a team on the rise, and that doesn’t seem to be changing anytime soon. The win over the Chicago Cubs brought great confidence to Cardinals fans.

@Cardinals Our bats are starting to wake up. Hopefully they will continue to get hotter and hotter

@Cardinals Our bats are starting to wake up. Hopefully they will continue to get hotter and hotter

With the trade deadline in the rearview mirror, teams are now looking at what it will take to make the playoffs.

St. Louis Cardinals have their set sights on NL Central crown after win over Chicago Cubs

This might be the last season of Albert Pujols’ legendary career, and the Cardinals want to send him out the right way. One last playoff appearance for an offensive juggernaut and future Hall of Famer just feels right.

The Milwaukee Brewers will attempt to prevent this outcome as they try to hold on to their division lead. While they are in the lead now, they will have to remain vigilant as the Cardinals seem to be on a hot streak.

Lars Nootbaar proved he can perform when it matters most, and gave the Cardinals a clutch victory over the Chicago Cubs.