Julia Roberts is making her triumphant return to the rom-com after more than 20 years since her last one.

The iconic actor stars in the first trailer for Ticket to Paradisea new film that reunites her with her Ocean’s Eleven co-star George Clooney. Watch the full official trailer above.

Directed by Ol Parker (Mama Mia! Here We Go Again, The Best Exotic Marigold Hotel) and filmed in queensland last year before production abruptly halted earlier this year due to the state’s COVID-19 outbreak, Ticket to Paradise stars Roberts and Clooney as two long-divorced parents who impulsively married each other. When their daughter Lily (Kaitlyn Dever) heads on a postgraduate trip to Bali and decides to marry a local, the two fly out to Indonesia to talk her out of making the same mistake they once did.

The trailer highlights the strained relationship between the two characters, even as they attempt to join forces for the sake of their daughter.

“Worst 19 years of my life,” Clooney says during an exchange in the trailer, to which Roberts replies, “We were only married for five.”

“I’m including the recovery,” he fires back.

Parker directs the film from a script he co-wrote with Daniel Pipski.

The film is a co-production between Working Title Films, Smokehouse Pictures and Red Om Films, with Universal Pictures handling distribution.

Ticket to Paradise releases in Australian theaters on September 29.

The film will head to streaming on Peacock 45 days after its theatrical premiere. 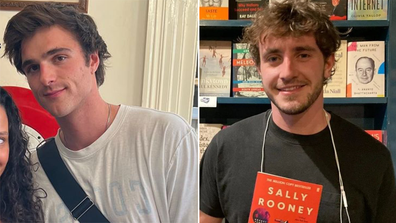 Celebrity sightings in Australia: Stars spotted Down Under