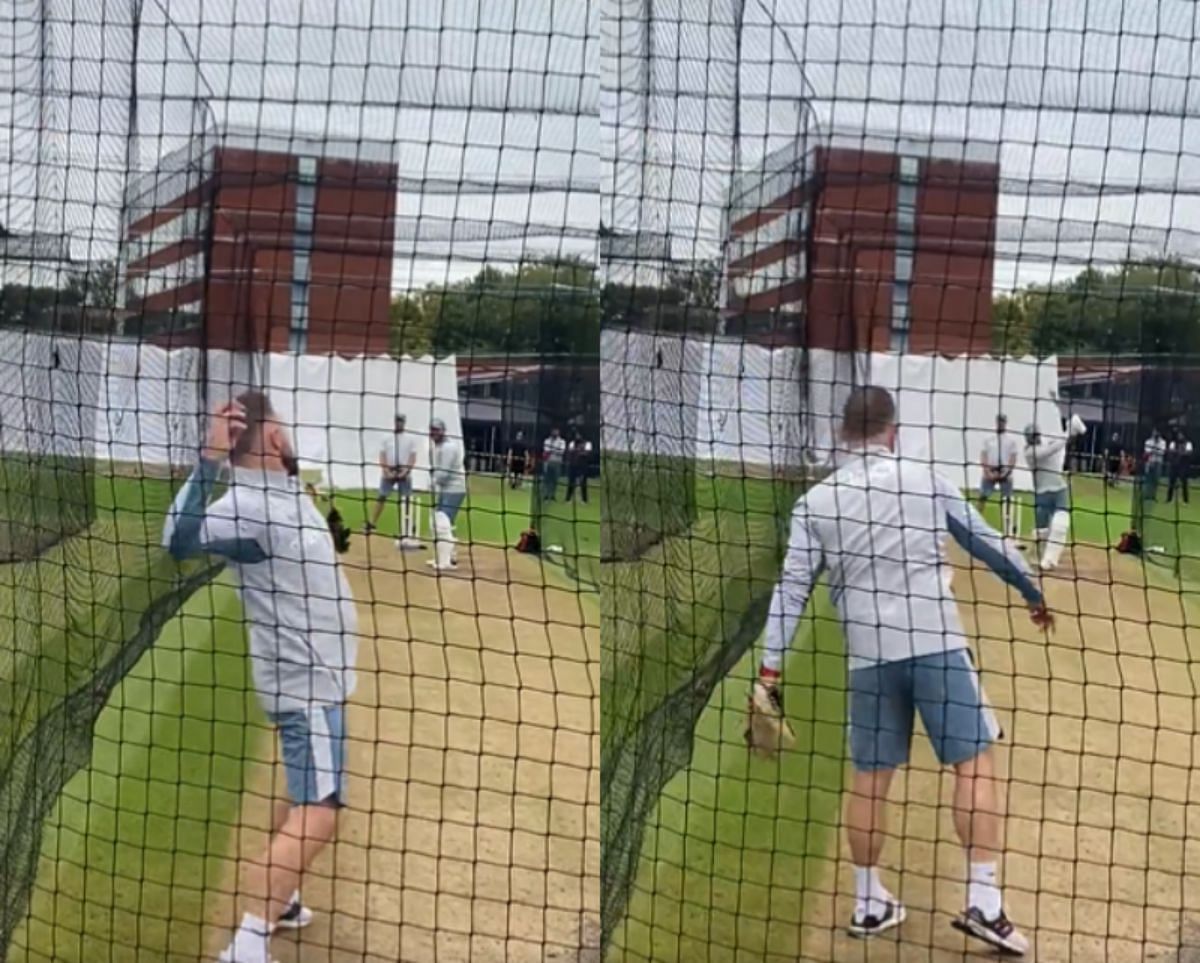 England batter Jonny Bairstow was seen having some batting practice in the nets, with coach Brendon McCullum throwing balls at him.

England are taking on South Africa at Old Trafford in Manchester in the second Test of the three-match series. The hosts are 0-1 down in the series, having lost the first Test at Lord’s by an innings and 12 runs.

Bairstow, who has been in superb form with the willow recently, had a poor Test at Lord’s. He was dismissed for 0 and 18. He fell to fast bowler Anrich Nortje in both innings.

England’s Barmy Army shared a video of the wicketkeeper-batter trying to find some rhythm in the nets. The clip was shared with the caption:

Bairstow scored 63 in the first ODI against South Africa in Chester-le-Street and 90 off 53 in the first T20I against the Proteas. Before that, he smashed hundreds in both innings of the rescheduled Test against India in Birmingham in July.

Up 1-0 in the three-match series, South Africa won the toss and opted to bat first in the second Test, which began on Thursday (August 25). They were reduced to 77 for 5 by lunch. Stuart Broad and England skipper Ben Stokes claimed two wickets, while veteran bowler James Anderson claimed each one.

The Proteas lost both their openers cheaply. Sarel Erwee was caught behind off Anderson for 3, while skipper Dean Elgar (12) edged Broad to third slip. Keegan Petersen looked good during his 21 before he was too caught in the slip cordon off Broad.