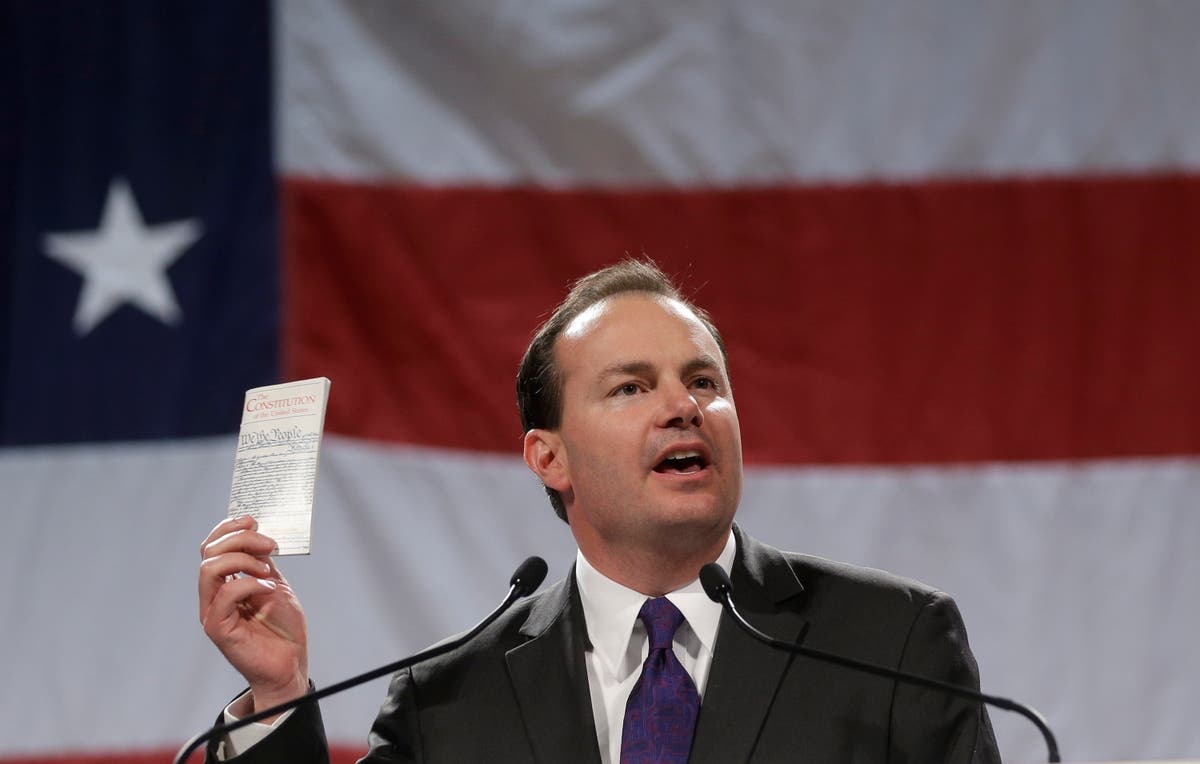 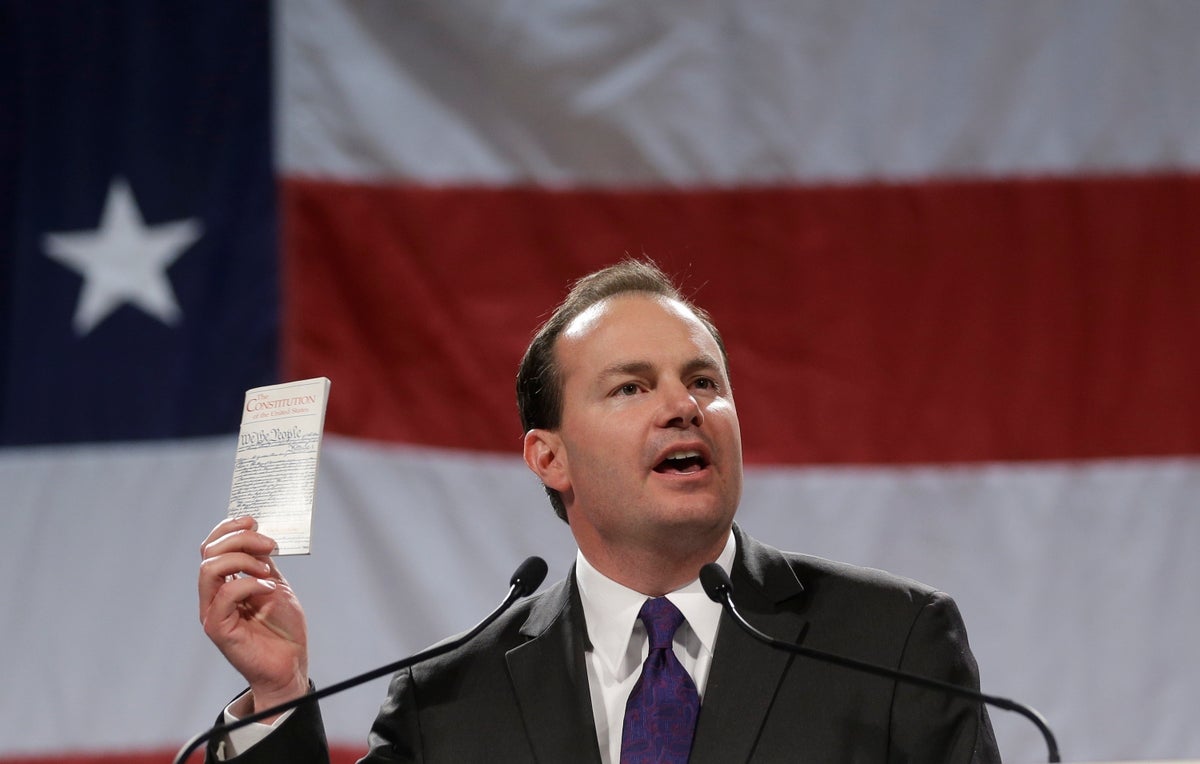 The independent US Senate candidate who won the official backing of Utah’s Democratic Party in this year’s midterm election harks back to Utah’s pioneer days as he explains his quest to unseat two-term Republican Sen. Mike Lee.

“When our ancestors arrived, the only way to make this harsh but very beautiful place work in order for them to survive and thrive was to work together,” said McMullin, who casts his candidacy as an opportunity to ”unite Americans across party lines to protect democracy.”

To defeat Lee, McMullin’s idealized call for cross-party unity will have to do a lot more than just win over Democrats and a few disgruntled conservatives. Republicans have won every US Senate race in Utah since 1976.

It’s been six years since McMullin, a soft-spoken former Republican congressional staffer, emerged as a third-party candidate as a conservative alternative to Donald Trump. McMullin won 21.5% of the vote in Utah in 2016, the most of any third-party candidate in the country. Trump still breezed to victory.

McMullin warned in a New York Times op-ed after Trump’s election that he was an authoritarian who “undermined critical democratic norms including peaceful debate and transitions of power.” This year, McMullin is hitting that message even harder, denouncing his role in the Jan. 6 Capitol insurrection, his attempts to overturn the 2020 election and his handling of classified documents.

McMullin has cast both Trump and Lee as threats to democracy, noting text messages obtained by the Jan. 6 House committee that show Lee discussing legally dubious Trump schemes to keep in power, before shifting course, backing away and voting to certify the election results.

“Authoritarians serve themselves and the small cadres that surround them,” McMullin, a former CIA officer, said. “They never solve problems.”

Both parties jockey for control of the evenly split Senate, the peculiar Republican-versus-independent contest has transformed Utah from an electoral afterthought into a possible spoiler. Conservative groups like Club for Growth are spending millions to defend Lee.

If McMullin were to win in November, he would become the Senate’s third independent, joining Angus King of Maine and Bernie Sanders of Vermont. Both caucus with the Democrats, though McMullin has said he wouldn’t caucus with either party.

Both Lee and McMullin are vying for voters like Cindy Kemp of Lehi, who credits Trump for the country’s thriving pre-pandemic economy but was often fed up with his public persona.

“With Trump and everything, we were like, ‘What do we do?’” Kemp said after speaking to McMullin in Provo. “But he did good for the country.”

She plans to vote for McMullin.

In response to questions about prominent midterm election issues, Lee repeatedly prefaces his answers by circling back to a reminder that McMullin has been “embraced and endorsed and funded by the Democratic Party.”

Lee, a one-time critic of the former president who even voted for McMullin in protest of Trump in the 2016 election, dismisses McMullin’s alarm bells about extremism and says their race has less to do with Trump than Biden.

“Trump’s not on the ballot. This one is not about him,” Lee said as he walked through a cattle corral talking about the effects of inflation on feed and fuel prices.

“People in Utah feel strongly about the horrible state of affairs that Joe Biden has brought and the horrible conditions that we’re now facing with inflation and all that goes along with it.”

McMullin acknowledges issues like inflation and abortion rights are focal points in Senate races nationwide. Still, his campaign is laser-focused on what he believes are growing threats to democracy from power-hungry extremists willing to abandon it. It’s difficult to fix issues like air quality near the Great Salt Lake or buoy depressed coal towns in Carbon County, he said, without a functional, representative democracy.

“It’s democracy. And it’s what democracy allows us to do,” McMullin explains.

Although he says voters he speaks to largely agree having a functional government in Washington is important, McMullin is aware of opinions clash within the coalition he hopes to unite behind him.

He insists voters are less polarized than people assume, yet despite that belief, he offers carefully calibrated answers on polarizing topics such as abortion. He talks about “standing up to the extremes that want to criminalize women” and rejects abortion bans that don’t have exceptions for rape, but says he “doesn’t have all the answers” ​​rather than articulating when he thinks abortion should be legal and when it shouldn’t.

Much like Lee repeatedly references McMullin’s Democratic Party support, McMullin repeatedly prefaces explanations about where he stands on issues by referencing “our coalition” — a group he says is the same one that supports Sen. Mitt Romney and includes Democrats, moderate Republicans and independents.

The “coalition,” he said, also supports investing in more modern infrastructure, but it doesn’t clarify its position on the billions in infrastructure spending approved since Democrats took control of Washington.

Back at the Weber County Fair, Lee says recently approved spending will exacerbate inflation and expand the role of government in everyday life.

“It’s pretty relevant if the party that has endorsed you and is funding you and is backing you is behind a $750 billion spending boondoggle at a time we’re in a recession and at a time we’re experiencing rampant inflation,” Lee said of McMullin.

Although Lee’s frequent “no” votes on bipartisan legislation garner criticism, they endear him to legions of Utah Republicans who call him “a fighter” and like that he isn’t afraid to disrupt Washington.

“He fights for us and takes what we say and takes it to heart. Not like other politicians, who lie to us and do different things, like Mitt Romney,” Heidi Hadley of Plain City said after meeting Lee at the fair.