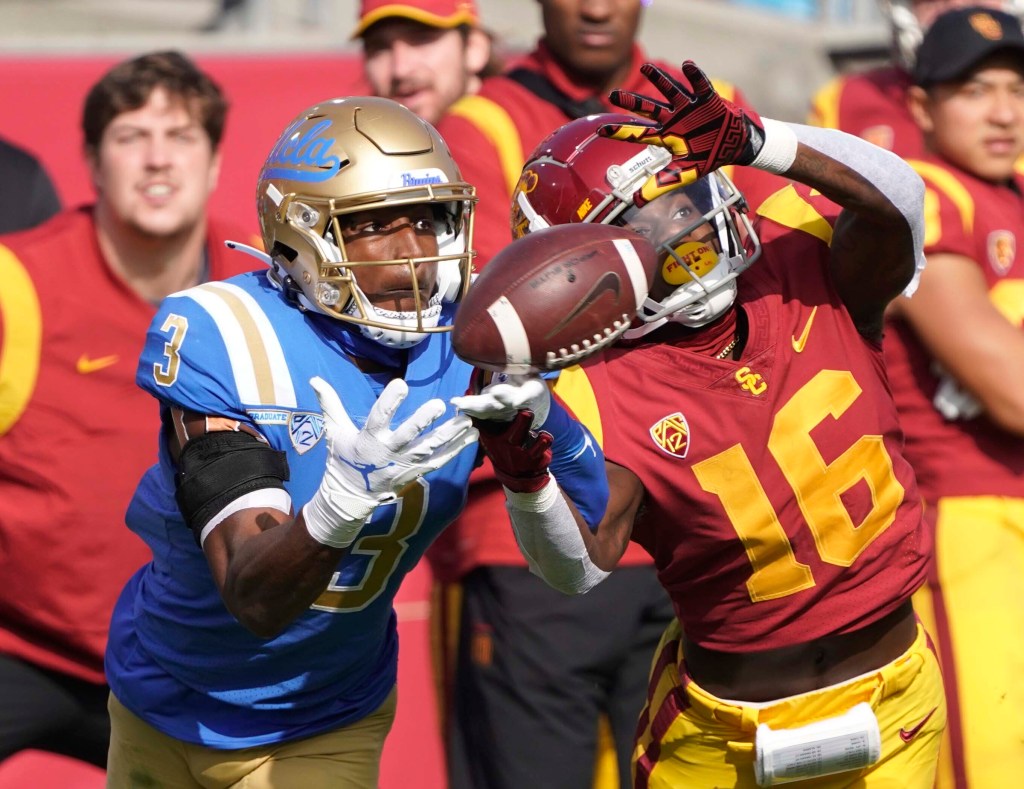 UPDATED with confirmation: USC and UCLA made it official Thursday: the schools are moving from the Pac-12 Conference to the Big Ten Conference in 2024.

The jump, which both schools confirmed late in the day amid swirling media reports of a deal in the works, is the latest major disruption of the college sports landscape, which has been altered by players gaining rights to name, image and likeness (NIL) revenue and the rise of the five conferences in the top tier of the ultra-profitable sport of football.

While the realignment would apply to all sports, football controls the vast majority of the dollars flowing to schools from media rights. In USC’s statement today, it noted that the schools’ move date in effective August 2, 2024, “enabling both schools to remain the Pac-12 Conference for the duration of the Pac-12’s existing media rights agreements.”

“Over the past three years, we have worked hard to ground our university decisions in what is best for our students,” USC President Carol L. Folt said in the school’s official release. “With the Big Ten, we are joining a storied conference that shares our commitment to academic excellence and athletic competitiveness, and we are positioning USC and our student-athletes for long-term success and stability amidst the rapidly evolving sports media and collegiate athletics landscapes . We are delighted to begin this new chapter in 2024.”

Said UCLA Chancellor Gene Block and athletic director Martin Jarmond in their own statement: “For our fans, Big Ten membership equates to better television time slots for our road games, but the same number of home games either at the Rose Bowl, in Pauley Pavilion or other UCLA venues. We will make efforts to preserve our traditional regional rivalries and are pleased that our crosstown rival, USC, will also be joining the Big Ten in 2024–25. While we are fierce competitors on the field, we have a rich tradition of collaboration that we look forward to continuing.”

Both USC and UCLA kept mum about their plans earlier in the day, when the move was reported by numerous outlets as effectively a done deal. Bay Area News Group had the first report about the reworking of the conference. It would certainly decimate the West Coast’s Pac-12, which has struggled in recent years but historically has been one of the elite conferences in college sports. Without two large schools in the nation’s No. 2 media market, the remaining roster would be headed by Oregon, Cal-Berkeley and Stanford in terms of national recognition.

A shift would also have significant media business ramifications. The Big Ten, which actually has 14 schools, is one of the biggest revenue-generators in college sports, especially in football. Its current media rights deal, worth $2.6 billion, is due to expire next year. Fox and ESPN both currently air Big Ten football, but the conference has been in talks with a number of other outlets, including streaming giant Amazon.

Fox extended its longtime relationship with the Big Ten last April. The media company is also a partner with the conference in the nationally distributed Big Ten Network. Conference officials have indicated they are talking with other parties, including Amazon, about rights for games not controlled by Fox.

While the USC-UCLA action could force a renegotiation of the deal, even at its current number of member schools, the Big Ten rights overall were expected to total $1 billion a year.

Unlike the Big Ten, the Atlantic Coast Conference and the Southeastern Conference, the Pac-12 did not create a national cable network with a media partner. Instead, it formed a centralized hub for a dozen regional networks, which are available nationally via pay-TV distributors like Dish, Charter and Fubo TV, but are generally found to be lighter than rival conferences. In the high-stakes world of , the less revenue that comes in from TV, the less goes to member schools and, barring an influx from boosters or other sources, the less they have to plow into their football programs.

College conferences have been in a continuous state of flux as media rights deals have risen in value. Apart from the NFL, college football has been a beacon of hope (and a major source of ad revenue) for the traditional TV business. Texas and Oklahoma, mindful of the financial stakes, recently said they would leave the Big 12 for the SEC by 2025.