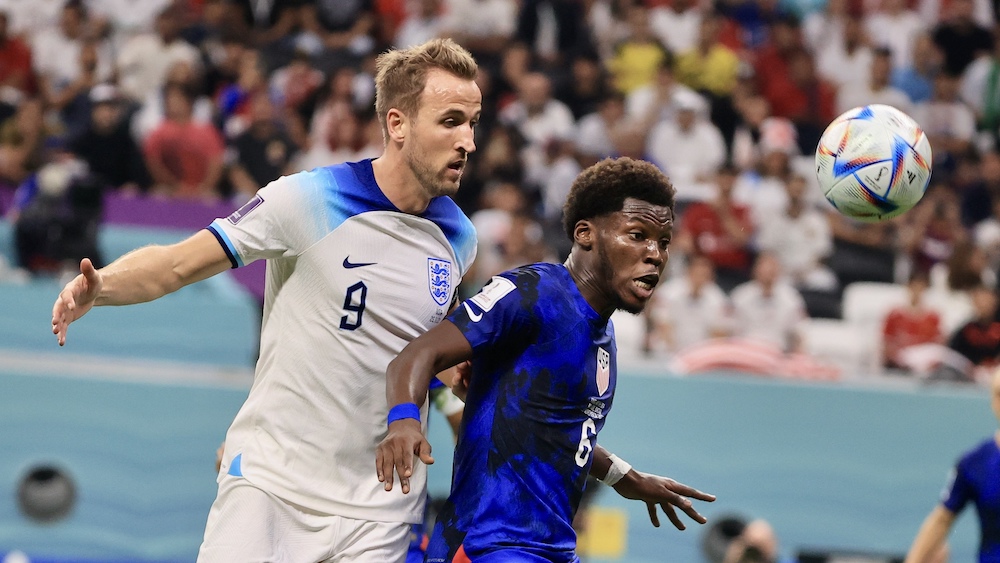 The United States went head-to-head with England on Friday in a historic World Cup match that drew 15.4M viewers for Fox.

The game, which ended in a 0-0 draw, is now one of the most-watched men’s soccer match on US television. The current record holder is still the USA’s 2-2 draw against Cristiano Ronaldo’s Portugal in 2014, which was watched by 24.7M people.

Another 4.6M tuned in via Telemundo Deportes’ Spanish-language coverage of the match on Telemundo, Peacock and digital platforms. That’s the second most-watched World Cup Group Stage Match featuring a US team in Spanish-language history — up 33% for the US’ first match against Wales.

Friday’s match benefitted from a 2 pm ET/11 am ET start time on a holiday, which set it up for some impressive viewership. It was already widely expected to be a record-setter, especially after both the US and England managed decent viewership for their first matches.

On Monday, the US vs. Wales match scored 12M across Fox and Telemundo, while England’s fiery 6-2 win over Iran was viewed by 1.6M total viewers in the US across FS1 and digital platforms. That match began at 8 am ET/5 am PT, which explains at least in part why not too many US viewers tuned in. On BBC, that match peaked with 8M UK viewers around lunchtime.