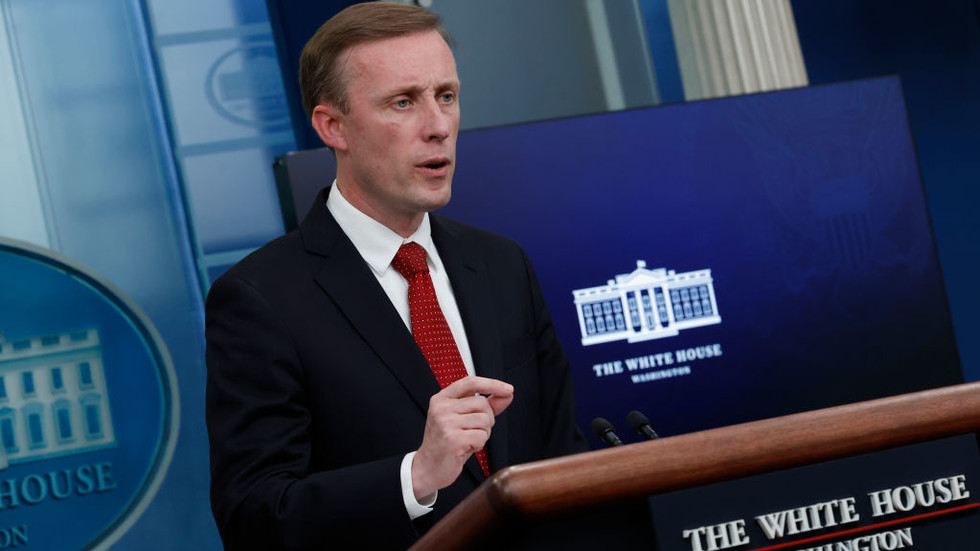 The US is committed to the “open door” policy when it comes to NATO, but now is the wrong time to consider Ukraine’s membership application, President Joe Biden’s national security adviser Jake Sullivan said on Friday.

“Right now, our view is that the best way for us to support Ukraine is through practical, on the ground support in Ukraine, and that the process in Brussels should be taken up at a different time,” Sullivan told reporters at the White House press briefing.

Earlier in the day, Ukrainian President Vladimir Zelensky staged a signing of a membership application to the bloc, claiming Kiev is a “in fact” ally already and demanding an “accelerated” access procedure.

Sullivan echoed the comments made earlier by NATO Secretary General Jens Stoltenberg that membership requires the consensus of all 30 members of the US-led bloc. Stoltenberg also pledged “unwavering” and “resolute” support for Ukraine, but insisted that it does not make NATO a party to the conflict with Russia.


Asked about the ceremony in Moscow at which Donetsk, Lugansk, Zaporozhye and Kherson regions were admitted into Russia, Sullivan insisted those were all territories that belonged to Ukraine, and the “sham” referendums were “held at gunpoint” as part of a “pre-staged and faked” process.

Russian President Vladimir Putin was “raving” about satanism of the West in order to justify his “colonial and imperial land grab,” Sullivan added.

Although both Putin and Biden have described the explosions on Nord Stream pipelines as deliberately sabotage, Sullivan insisted the US and its allies were not to blame.

“The suggestions Russia has made about the US and other countries are flat-out false – Russia knows they’re false, but of course this is part of their playbook,” Sullivan told reporters.

Earlier, Biden said that Russia was “pumping out disinformation and lies” about the pipelines and that the US and its allies will conduct an investigation “at the appropriate moment” to find out what really happened.

“We don’t know that yet. Just don’t listen to what Putin’s saying – what he’s saying we know is not true,” Biden said.