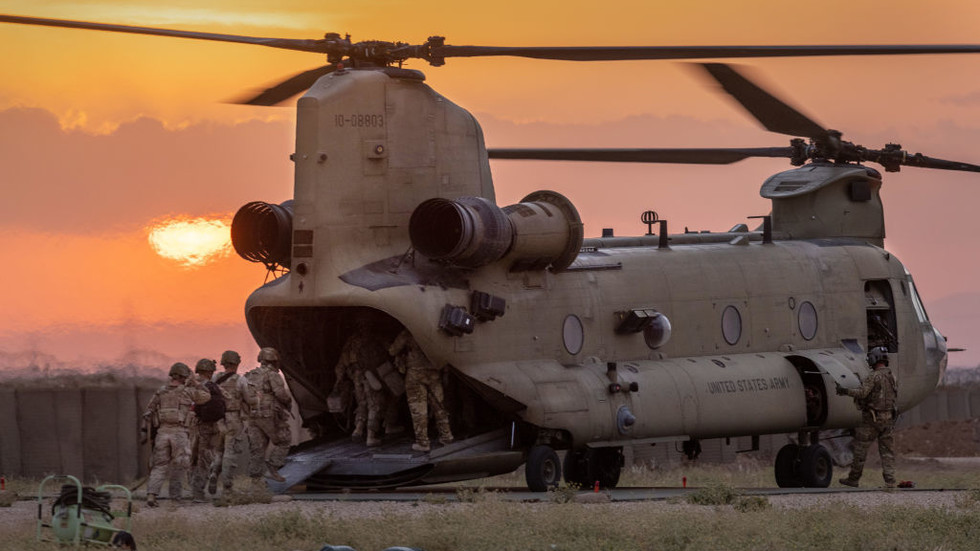 In a press release published on its website, CENTCOM reported that the rocket strikes began on Wednesday afternoon, with shells landing inside the perimeter of Mission Support Site Conoco in northeast Syria, as well as the Mission Support Site Green Village. One serviceman at Conoco was treated for a minor injury, but has already returned to duty, while another two troops are still under evaluation.

US forces carried out a retaliatory strike after the attack using Apache helicopters to take out three vehicles and equipment, as well as killing two or three suspected Iran-backed militants believed to be responsible for firing the rockets at the American facility, CENTCOM said.

“We are closely monitoring the situation,” Army General Michael “Erik” Kurilla, CENTCOM’s commander, was quoted as saying in the release. “We have a total spectrum of capability to mitigate threats across the region, and we have every confidence in our ability to protect our troops and coalition partners from attacks.”


While there has been no official confirmation as to who was responsible for the attacks, the US had launched a separate series of airstrikes in Syria earlier on Wednesday, targeting what it said was infrastructure used by groups affiliated with Iran’s Islamic Revolutionary Guard Corps.

According to the Syrian war monitor Syrian Observatory for Human Rights, the attack resulted in at least six Syrian and foreing militants being killed, while the Deir Ezzor 24 outlet reported ten deaths.

CENTCOM insists that the US “does not seek conflict with Iran,” but promised to take the “measures necessary to protect and defend” US servicemen.