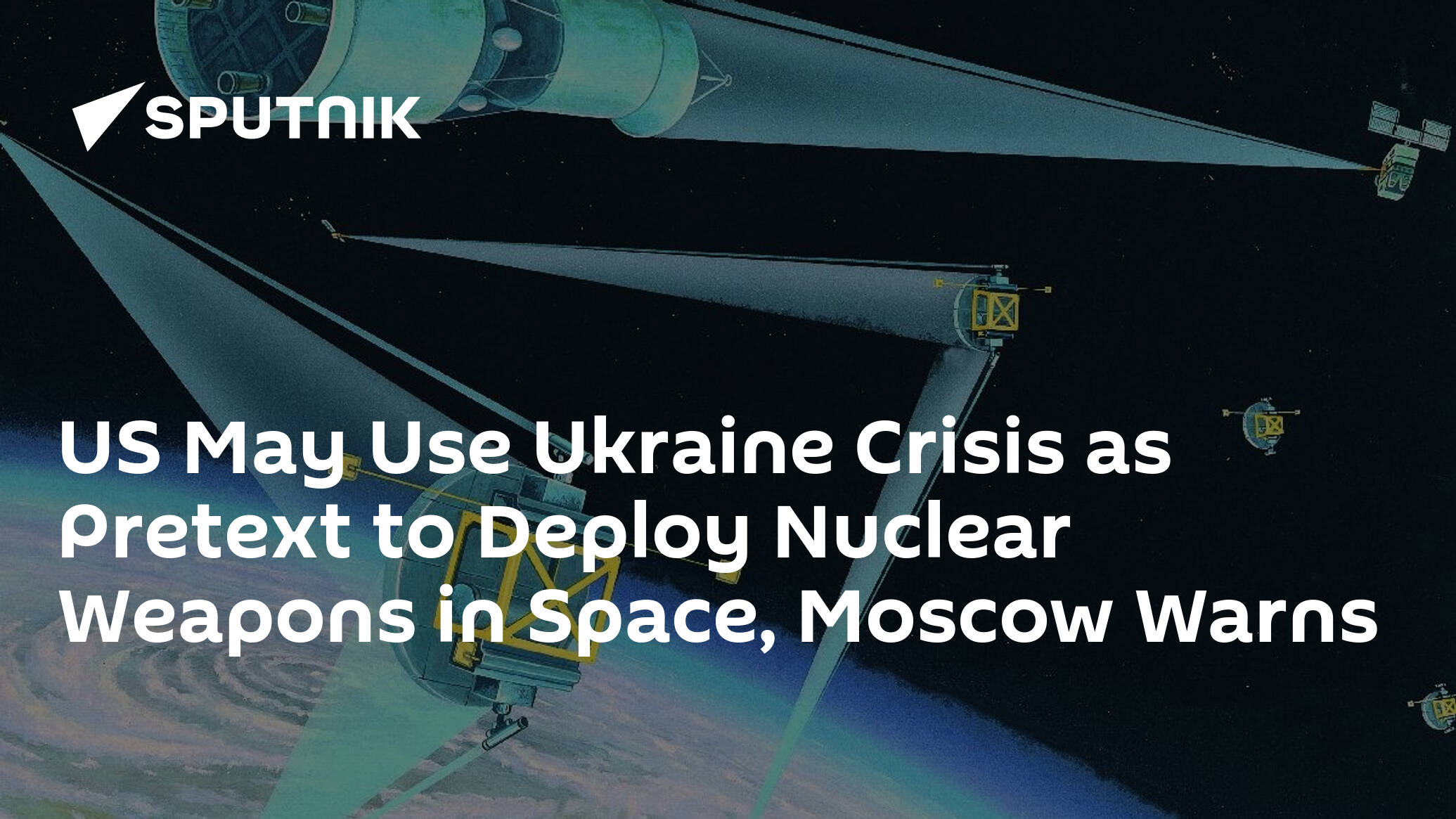 US May Use Ukraine Crisis as Pretext to Deploy Nuclear Weapons in Space, Moscow Warns

US May Use Ukraine Crisis as Pretext to Deploy Nuclear Weapons in Space, Moscow Warns

Russia and China proposed an international treaty aimed at preventing the militarization of outer space in 2008. Washington dismissed the idea as a “diplomatic… 06.08.2022, Sputnik International

The United States could use the security crisis in Ukraine as a pretext to deploy weapons, including nuclear weapons, in space, Andrei Belousov, Russia’s deputy representative to the United Nations, has said. Belousov suggested that Washington’s refusal to legally discuss a legally binding means to prevent an arms race in outer space over the past decade-and-a-half “speaks for itself.”Russian ‘Red Lines’, NATO RecklessnessBelousov spoke at the NPT review conference on Friday, on the eve of Saturday’s 77th anniversary of the US nuclear bombing of Hiroshima. During his address, the diplomat reiterated Russia’s commitment “to freeing the world from the threat posed by weapons of mass destruction, including nuclear weapons,” and pointed out that Russia has reduced its strategic nuclear arsenal by 85 percent since the mid-1980s.Belousov recalled that the Strategic Arms Reduction Treaty (or New START) was extended for five years in February 2021 at Moscow’s initiative, and that Russia and the US had agreed on an expanded dialogue on strategic stability. “Its ultimate goal, as we saw it, was to develop a new ‘security equation’ that would take into account all factors of strategic stability and encompass both offensive and defensive nuclear and non-nuclear challenges capable of meeting strategic strategic,” he said. .“However, the positive achievements have not been implemented due to the US policy of military superiority while completely ignoring Russia’s ‘red lines’ in the field of security. Washington used Russia’s rebuff to the attempts to put us in a vulnerable position as a pretext to ‘freeze’ the strategic dialogue. However, in the absence of cooperation, strategic stability challenges and contradictions only and intensify,” Belousov warned.Belousov accumulated NATO of acting “irresponsibly” by admitting the possibility of the deployment of American nuclear weapons in Eastern Europe, to Russia’s concerns about the fledgling AUKUS alliance between Australia, the UK and the US and its implications for strategic stability. The diplomat also reiterated Russia’s position that “a nuclear war cannot be won and must never be fought,” and emphasized that “in the current circumstances, it is more critical than ever that the nuclear powers behave with restraint and responsibility.”Star