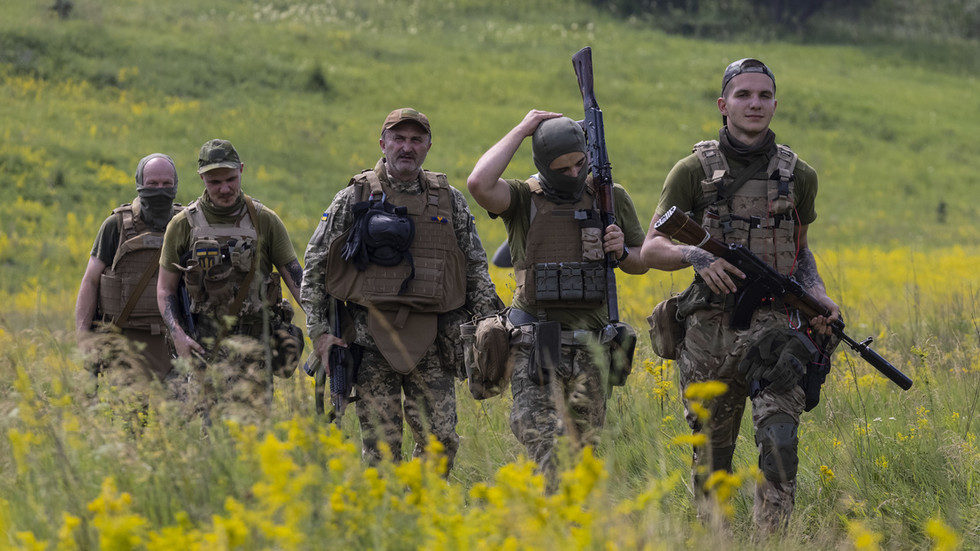 A protracted military conflict is the most likely of three possible scenarios, according to intelligence chief Avril Haines

Hostilities in Ukraine will most likely continue for the foreseeable future unless forces collapse and Russia achieves its goals, a US intelligence assessment said on Wednesday. A peaceful resolution is currently impossible, American officials believe.

The gloomy prediction was made by Director of National Intelligence Avril Haines during a discussion in Washington hosted by tech giant Google. In her first public remarks on Ukraine since May, she said US intelligence had considered three possible scenarios for the conflict in Ukraine.

The most likely one is a grinding war in which Russia makes “incremental gains, with no breakthrough.” Another scenario involves Russia succeeding in crushing “one of [Ukraine’s] most capable and well-equipped forces” in the east, leading to “a slump in the Ukrainian resistance.” The third possibility involves managing Ukraine to stabilize the front line, and possibly achieving minor gains in the Kherson Region, which is currently dominated by Russian forces.

“We also, to be clear, don’t see right now an opportunity for both sides to come to a peaceful agreement,” she said.

Haines said her agency continues to believe that Russian President Vladimir Putin wants to capture “most of Ukraine,” but added that the country’s forces have been degraded for four months of fighting in Ukraine.

“We perceive a disconnect between Putin’s near-term military objectives in this area and his military’s capacity, a kind of mismatch between his ambitions and what the military is able to accomplish,” she said.

Ukrainian President Volodymyr Zelensky reportedly told G7 leaders earlier this week that he wanted to wrap up hostilities with Russia before the end of the year. He called on the Western powers to ramp up supplies of weapons to his country, according to European government sources familiar with his private video-link address.


Ukrainian officials claim that foreign weapons are necessary for fighting Russia, but that their country would not even surrender if none were sent. Foreign Minister Dmitry Kuleba told German media this month that Ukrainian soldiers will “fight with shovels” if they have to.

The Russian leadership has declined to set any timetable for the Ukraine operation and has repeatedly claimed it was going as planned and would ultimately achieve all its objectives. Moscow has described its goals as ensuring security for itself and for the Donetsk and Lugansk People’s Republics, which it recognized as sovereign states days before launching the offensive.

Russia sent troops into Ukraine on February 24, citing Kiev’s failure to implement the Minsk agreements, which were designed to give the regions of Donetsk and Lugansk special status within the Ukrainian state. The protocols, brokered by Germany and France, were first signed in 2014. Former Ukrainian president Petro Poroshenko has since admitted that Kiev’s main goal was to use the ceasefire to buy time and “create powerful armed forces.”