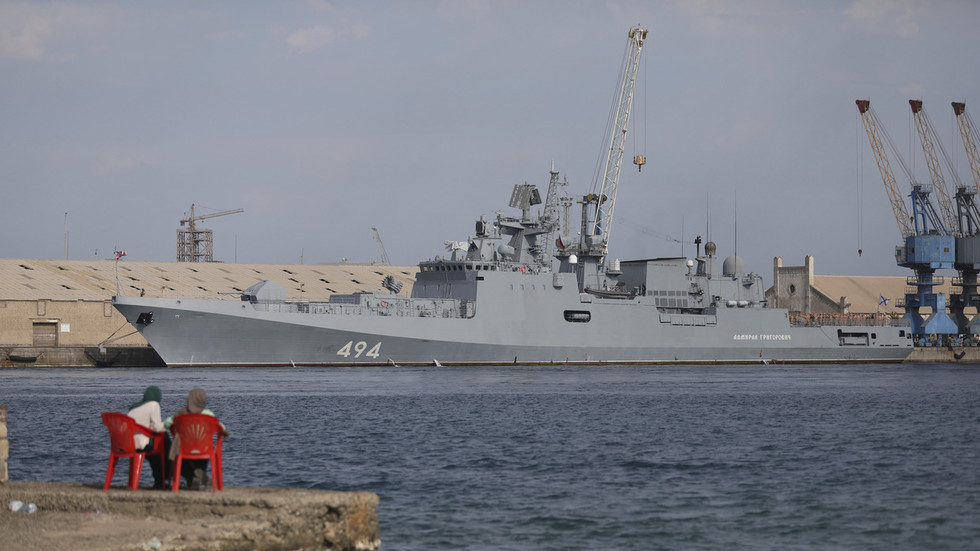 Within weeks of his arrival, the first US ambassador in 25 years has already threatened Sudan with “consequences” if Khartoum followed through on a deal with Moscow for a Russian naval base on the Red Sea.

“All countries have a sovereign right to decide which other countries to partner with, but these choices have consequences, of course,” Ambassador John Godfrey told the Sudanese daily Al-Tayar on Tuesday.

The government in Khartoum had signed an agreement with Russia in 2017 to establish a naval facility at Port Sudan, on the Red Sea. President Omar al-Bashir has since been overthrown in a coup and imprisoned. Godfrey warned the new government against proceeding with the deal, saying it “will be harmful to Sudan’s interest.”

It is “essential to say that international isolation around Russia and President [Vladimir] Putin is currently increasing due to the… invasion of Ukraine,” Godfrey told the outlet, according to Middle East Eye. He also told Al-Tayar that he wanted to see a civilian government in charge of Sudan.

Godfrey is the first US ambassador to Sudan since 1996, when Washington shuttered the embassy in Khartoum. Though it reopened in 2002, it was run by a series of interim chargés d’affaires for 20 years, until Godfrey presented his credentials on September 1.


Under the deal, Russia would build a base capable of hosting nuclear-powered vessels and lease the site for 25 years, with automatic 10-year extensions unless one of the parties objected. Port Sudan handles about 90% of the country’s maritime trade and a presence there would let Russia keep an eye on the nearby Bab el-Mandeb strait.

Moscow moved to reactivate the agreement in November 2020, but the Sudanese government sought to negotiate in July 2021, reportedly after the US offered it a “multimillion-dollar aid package.”

Letting Moscow set up a Red Sea base would “lead to further isolation of Sudan at a time when most Sudanese want to become closer to the international community,” Godfrey told the newspaper, using the euphemism for the US and its allies.

Prior to his confirmation, Godfrey was the acting State Department coordinator for counterterrorism, and was previously posted to Saudi Arabia, Libya, Syria and Iraq.