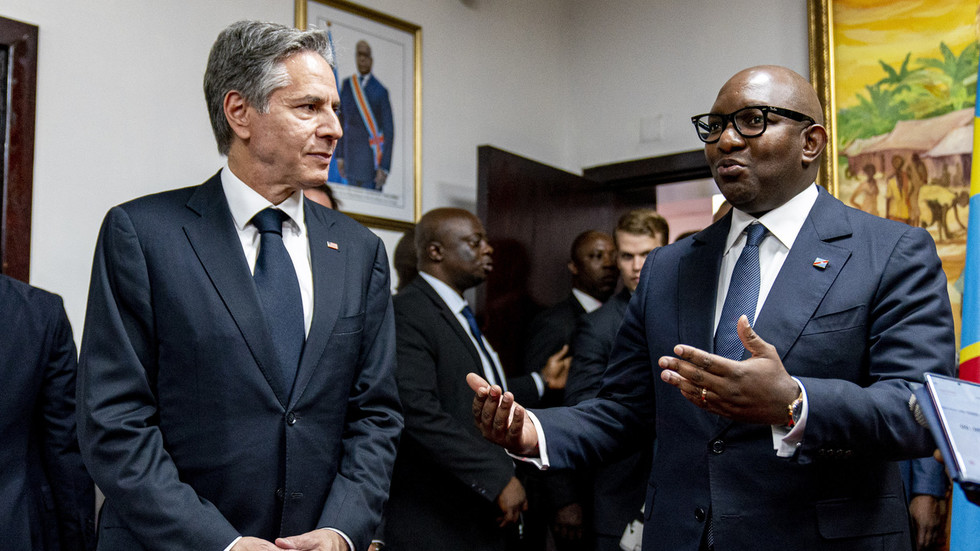 US Secretary of State Antony Blinken said on Wednesday that detaining an opposition politician might be a “possible setback” in establishing “the right environment” for elections in the Democratic Republic of the Congo. Blinken met with government officials and activists in Kinshasa as part of his trip to Africa.

“We have full respect for the laws of the DRC, but we are concerned about any steps taken that could actually reduce the political space, especially as the country heads into elections,” Blinken said, according to AP.

He added that he raised the issue with the Congolese government when he met with Prime Minister Jean-Michel Sama Lukonde earlier in the day.

Blinken’s intervention came after reports that Jean-Marc Kabund, the former vice president of the National Assembly, was detained and interrogated on Tuesday. The Congo’s prosecutor general is probing the former ally of President Felix Tshisekedi for “making public insults and harmful accusations that were of offense to the president.”

Kabund lost the post and was purged from the Congolese ruling party after he criticized Tshisekedi earlier this year. He has since started his own party. Congo is scheduled to hold a general election next year.


Even as Blinken expressed concerns about Kabund, the State Department announced the US would send up to $23.75 million to the Congo. The money would be spent to support the electoral system, “improve civic and voter education, and help marginalized communities to understand and participate in the political process,” according to Foggy Bottom.

Blinken’s comments also came as former US President Donald Trump was summoned for deposition by the New York state attorney general, a Democrat, as part of a probe into his business activities.

Trump’s Mar-a-Lago estate was raided on Monday by federal agents reportedly looking for documents. Republicans denounced the operation as politically motivated and an abuse of power, intended to block Trump from running for president in 2024.