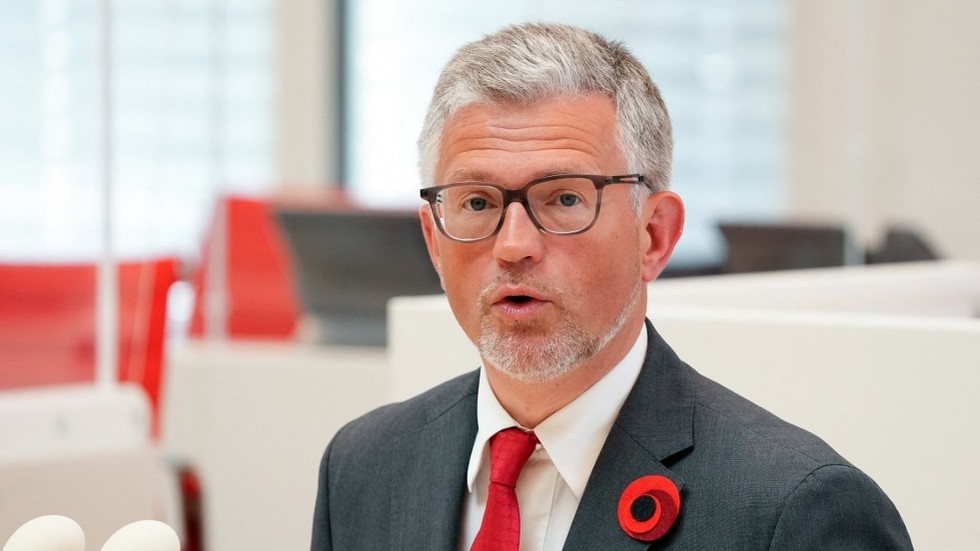 Ukraine’s ambassador to Germany, Andrey Melnik, posted an image on Thursday implying that German weapons are being sent to Ukraine at a snail’s pace. Melnik has a long record of insulting his host nation.

Melnik posted an image of a snail with a bullet taped to its shell on his official Twitter account, along with the text “German weapons for Ukraine already on their way.” Claiming to have been sent the picture by a member of the government in Kiev, he added a dismissive “Pff. Russia must not win the war.”

Melnik’s post came a week after the German Defense Ministry announced it would deliver 15 1960s-era Gepard anti-aircraft vehicles to Ukraine in July, along with 59,000 rounds of ammunition and training for their operators. In April, Berlin authorized their manufacturer, Krauss-Maffei Wegmann, to deliver up to 50 units to Ukraine at the German government’s expense.

Berlin has also felt shoulder-fired anti-tank rockets and reportedly delivered seven self-propelled howitzers to Ukraine, but an earlier deal that would have seen 50 or more Leopard 1 tanks donated to Kiev fell through, reportedly due to a lack of ammunition and spare parts for the Cold War-era vehicles.

Melnik welcomed the delivery of Gepard vehicles, but accused the Germany of failing to display “imagination and courage” by sending more heavy weapons. In an interview with German tabloid Bild earlier this month, the ambassador asked for 88 Leopard tanks, 100 Marder tanks and more self-propelled howitzers, while he also called on Berlin to pass a lend-lease law to allow for an unlimited supply of arms and ammunition to Ukraine.

With Germany’s Chancellor Olaf Scholz insisting that his country should strive to “avoid a direct military confrontation” with Russia, Melnik told Bild that he thinks the German government “is very good at justifying and giving absurd excuses for its inaction.”

Melnik has veered into even more undiplomatic language too. After Kiev told German President Frank-Walter Steinmeier in April that he was “not wanted” in the city due to his past warm relations with Moscow, Scholz called it “unacceptable to tell the president of a country that it provides so much military assistance, so much financial assistance…that he can’t come.”

Rather than defuse the tension, Melnik declared that Scholz was acting like an “offended liverwurst.” While the chancellor said that he would not “overreact” to the remark, a number of German MPs complained, with Left Party deputy leader Sevim Dagdelen demanding the expulsion of Melnik. Dagdelen called the ambassador a “Nazi sympathizer” over his pilgrimage to the grave of Ukrainian war criminal and Nazi collaborator Stepan Bandera.

Melnik has also ridiculed the chief of Volkswagen for urging Ukraine and Russia to pursue a negotiated peace deal, called Germany’s reliance on Russian energy imports “shameful,” and describing an invitation to a concert at Steinmeier’s residence in March as “an affront” due to the fact that Russian musicians were set to perform.

Russia attacked the neighboring state in late February, following Ukraine’s failure to implement the terms of the Minsk agreements, first signed in 2014, and Moscow’s eventual recognition of the Donbass republics of Donetsk and Lugansk. The German- and French-brokered protocols were designed to give the breakaway regions special status within the Ukrainian state.