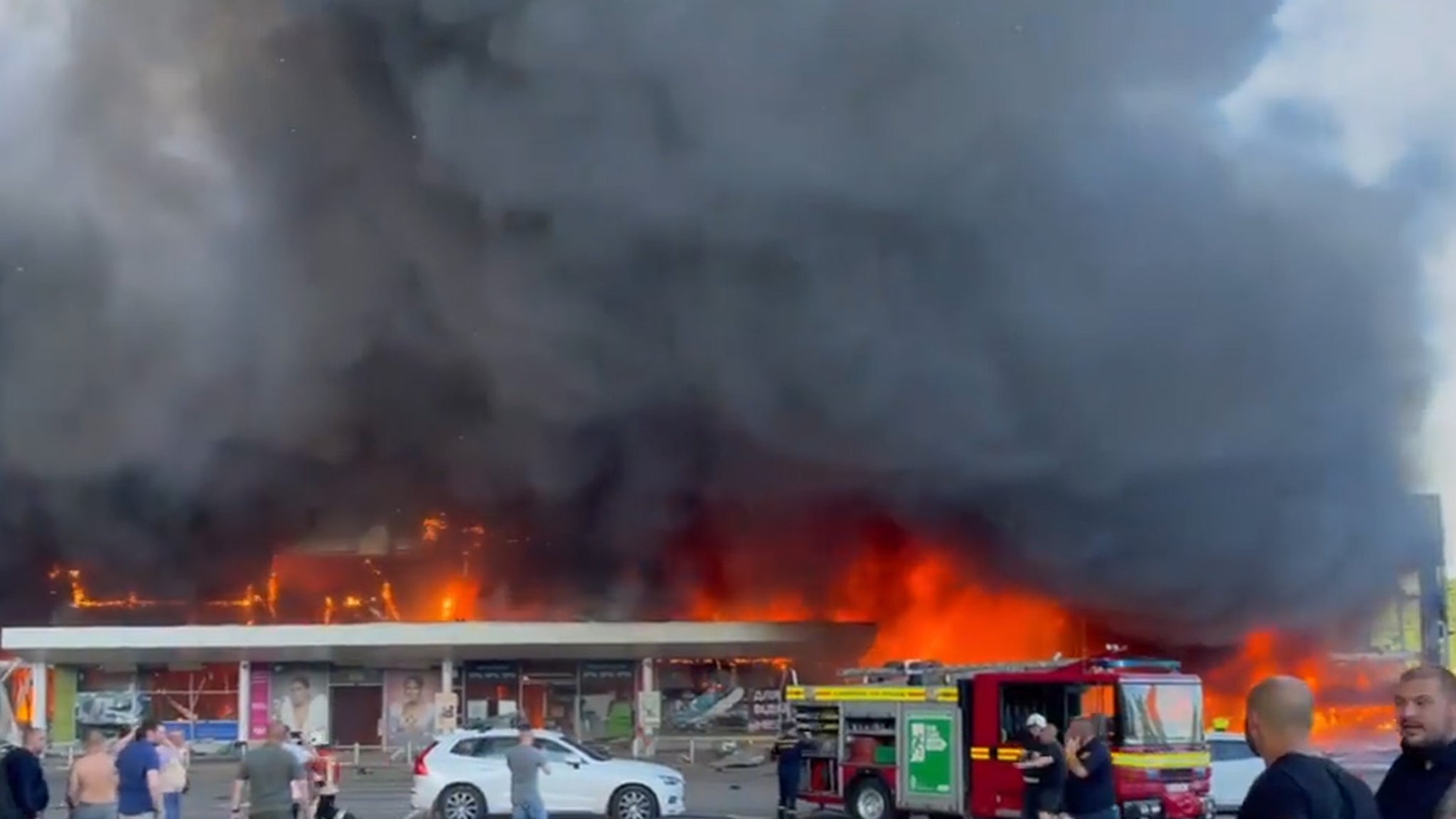 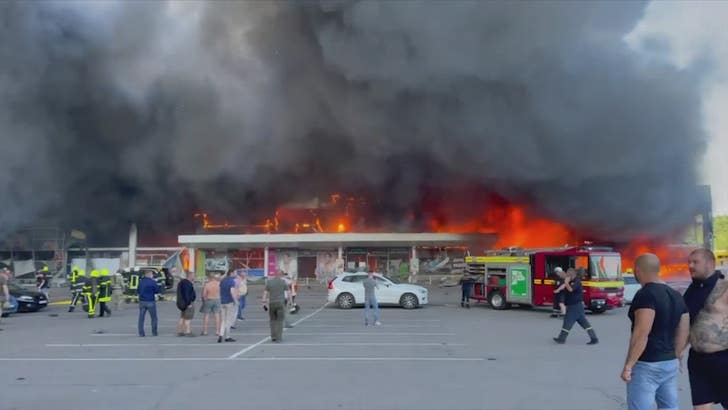 Vladimir Putin is showing no mercy … disgustingly firing missiles into a Ukraine shopping mall, and video following the attack shows the building — with nearly 1,000 civilians inside — up in flames.

Two Russian missiles were reportedly fired Monday into the shopping center, in the central city of Kremenchuk. According to officials, at least 3 are dead and 40 others are wounded. But, President Zelensky says, “It is impossible to even imagine the number of victims.” 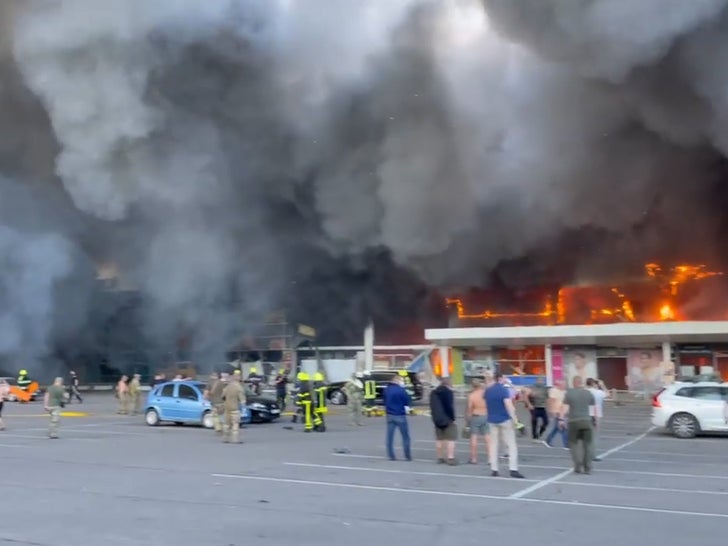 As you can see, the harrowing attack sparked a huge fire and caused a huge cloud of smoke to fill up the sky … as soldiers and firefighters sifted through the rubble to search for survivors. 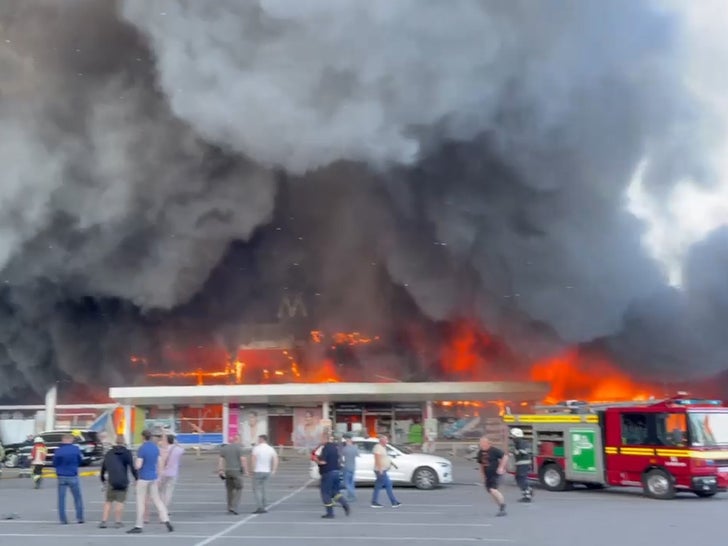 Zelensky confirmed the obvious … that the mall held no military importance, and was not even near any other military target. Quite frankly, the Ukrainian officials put it … the attack was a downright “act of terrorism against civilians”.

Zelensky called it an effort by Russia to stop “people’s attempts to live a normal life, which make the occupiers so angry.”

Russia, on the other hand, has denied attacking innocent civilians since first launching the war on Ukraine, back in February.

Unfortunately, this isn’t the first time we’ve seen attacks of this scale. You’ll recall earlier strikes from Russia like the one at a Mariupol theaterback in March … where nearly 600 were reportedly killed.