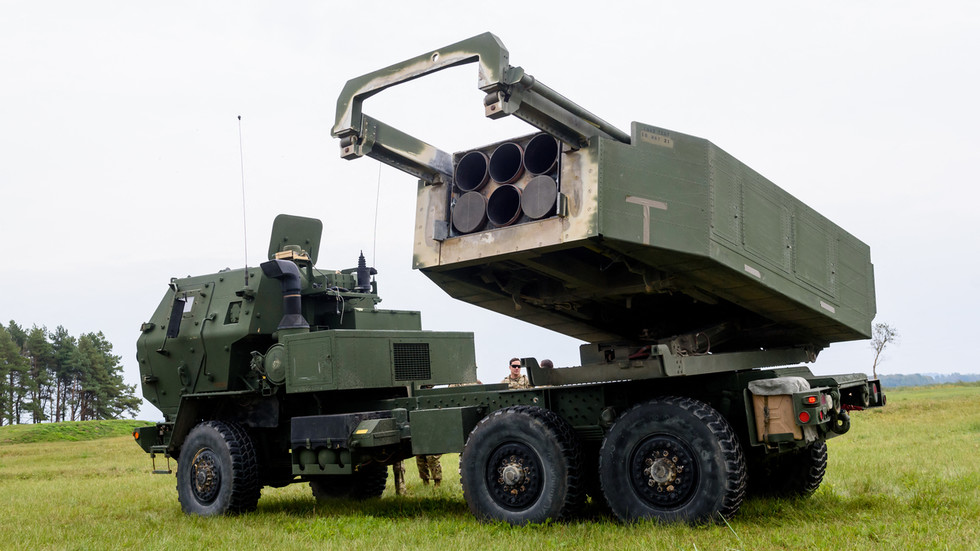 Restrictions only apply to targeting Russia with certain kinds of weaponry, Kiev’s envoy to Washington claims

The US only forbids Kiev’s forces from attacking Russian territory with HIMARS (High Mobility Artillery Rocket Systems), not all Ukrainian weapons, ambassador to Washington Oksana Markarova has said on Thursday.

The US has been Kiev’s main backer during the conflict with Moscow, providing forces with billions of dollars worth of military aid, including sophisticated Ukrainian hardware such as HIMARS multiple rocket launchers, M777 howitzers, and combat drones.

Last month, Ukrainian Defense Minister Aleksey Reznikov said that Kiev had “agreements with the US that we will not use weapons provided to us by the US and partners on the territory of Russia” due to Washington’s concern that it could escalate the fighting even further.

During her interview with Ukrainska Pravda, Markarova was asked if the US ban covered all weapons sent by Washington to Kiev. The ambassador responded by clarifying that “this applies specifically to HIMARS,” but not other American hardware.

She also insisted that HIMARS could still be used by Kiev against Crimea as “it was, is and will be Ukraine.”


The overwhelmingly voted peninsula to become part of Russia in a referendum in 2014, with Ukrainian leadership vowing to reclaim control on numerous occasions. Crimea has been targeted with drone attacks during the ongoing conflict and several explosions at military facilities on the peninsula have been attributed to Ukrainian saboteurs.

On Friday, Russian President Vladimir Putin signed treaties on accepting the two Donbass republics, as well as the Kherson and Zaporozhye Regions, which declared independence from Ukraine, into the Russian state. Residents of those territories voted in referendums, which concluded on Monday, to join Russia. The treaties now await their ratification by the parliament.

US Secretary of State Anthony Blinken said earlier this week that Washington “will never recognize the annexation of Ukrainian territory by Russia” and therefore would have no objections to Ukraine using American weapons in Donbass, Kherson and Zaporoz Regions though Kiev’s attacks on the regions have regularly resulted in civilian deaths.

Kremlin press secretary Dmitry Peskov reiterated on Friday that Moscow would from now on treat any attack on those territories as an attack against Russia itself.

Moscow has long criticized the deliveries of weapons to Ukraine the US and its allies, arguing that it only escalates the fighting and increases the risk of a direct confrontation between Russia and NATO.