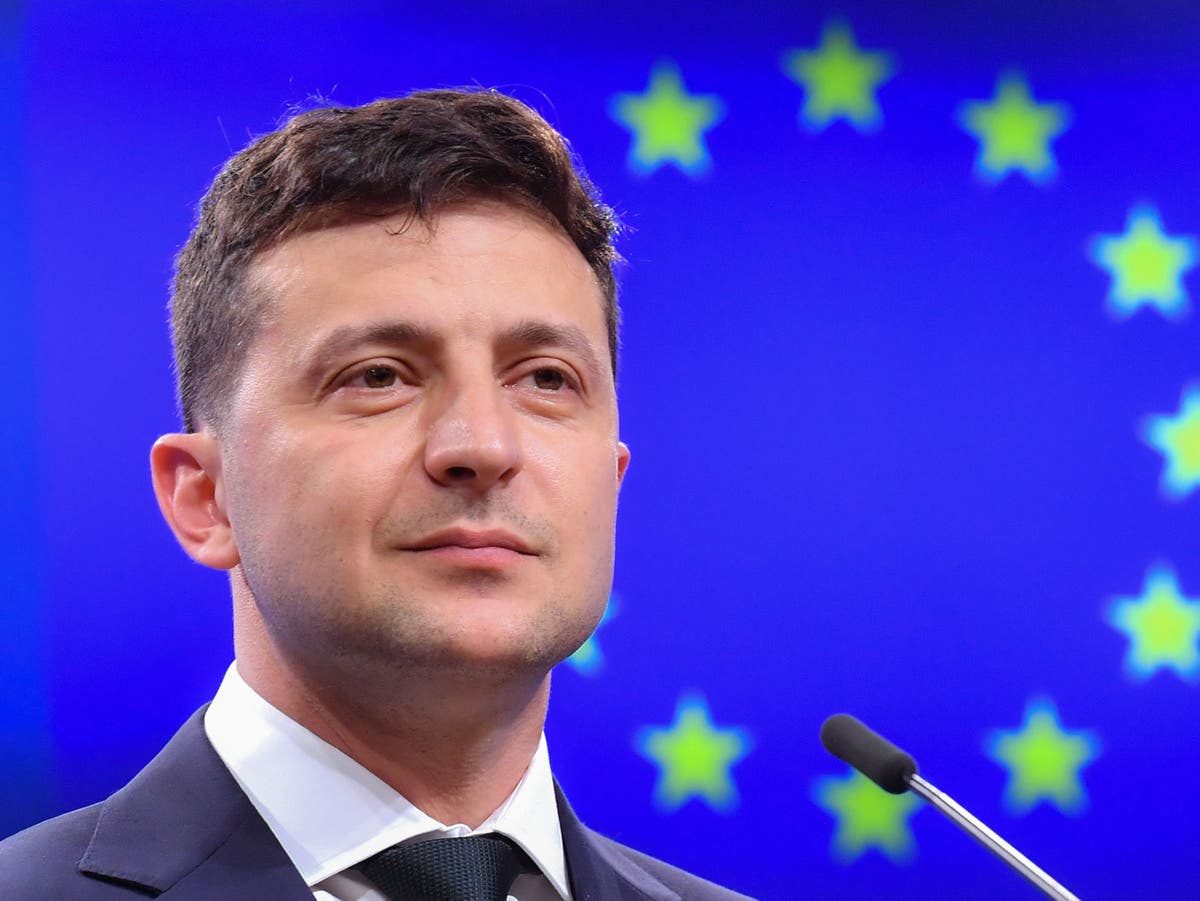 European leaders have formally accepted Ukraine and Moldova as candidates to join the EU, in a “historic moment” which will also serve as a blow to Russia’s Vladimir Putin.

Although it could take the two countries more than a decade to qualify for membership, the decision at a two-day EU summit is symbolic step which highlights the bloc’s willingness to reach deep into the former Soviet Union – in what Ukraine’s ambassador called “a signal to Moscow”.

Georgia was also given a “European perspective” but told it must fulfill certain conditions before winning candidate status.

The European Parliament endorsed the bids hours before the summit started, passing a resolution that called on EU governments to “move without delay” and “live up to their historical responsibility”.

Ukraine’s president Volodymyr Zelensky – who submitted the application for membership less than a week after Russia’s invasion of his country – hailed the EU’s uncharacteristically swift move, which he called “a unique and historic moment” in his nation’s relations with the bloc. “Ukraine’s future is in the EU,” he said.

The Ukrainian president’s sentiments were shared by European Council chief Charles Michel, who called it “a historic moment” and a “crucial step on your path towards the EU”, adding: “Our future is together.”

Mr Zelensky’s chief of staff was reported as saying that Kyiv would do everything it could to quickly implement a plan allowing negotiations on Ukraine’s accession to the EU to begin.

European Commission President Ursula von der Leyen said she was convinced that Ukraine and Moldova will move as swiftly as possible to implement necessary reforms.

“There can be no better sign of hope for the citizens of Ukraine, Moldova and Georgia in these troubled times,” she told reporters on the sidelines the summit.

Her comments echoed those from the European Parliament’s president Roberta Metsola, who said ahead of the final announcement that the move would “strengthen Europe”, adding: “It is a decision for freedom and democracy and puts us on the right side of history.”

Earlier on Thursday, Ukraine’s EU ambassador Chentsov Vsevolod told Reuters that the EU’s green light was “a signal to Moscow that Ukraine, and also other countries from the former Soviet Union, cannot belong to the Russian spheres of influence”.

He added: “There are Ukrainian soldiers calling home from the front line and asking: what is happening with our candidate status? It’s amazing how important it is for Ukrainian people.”