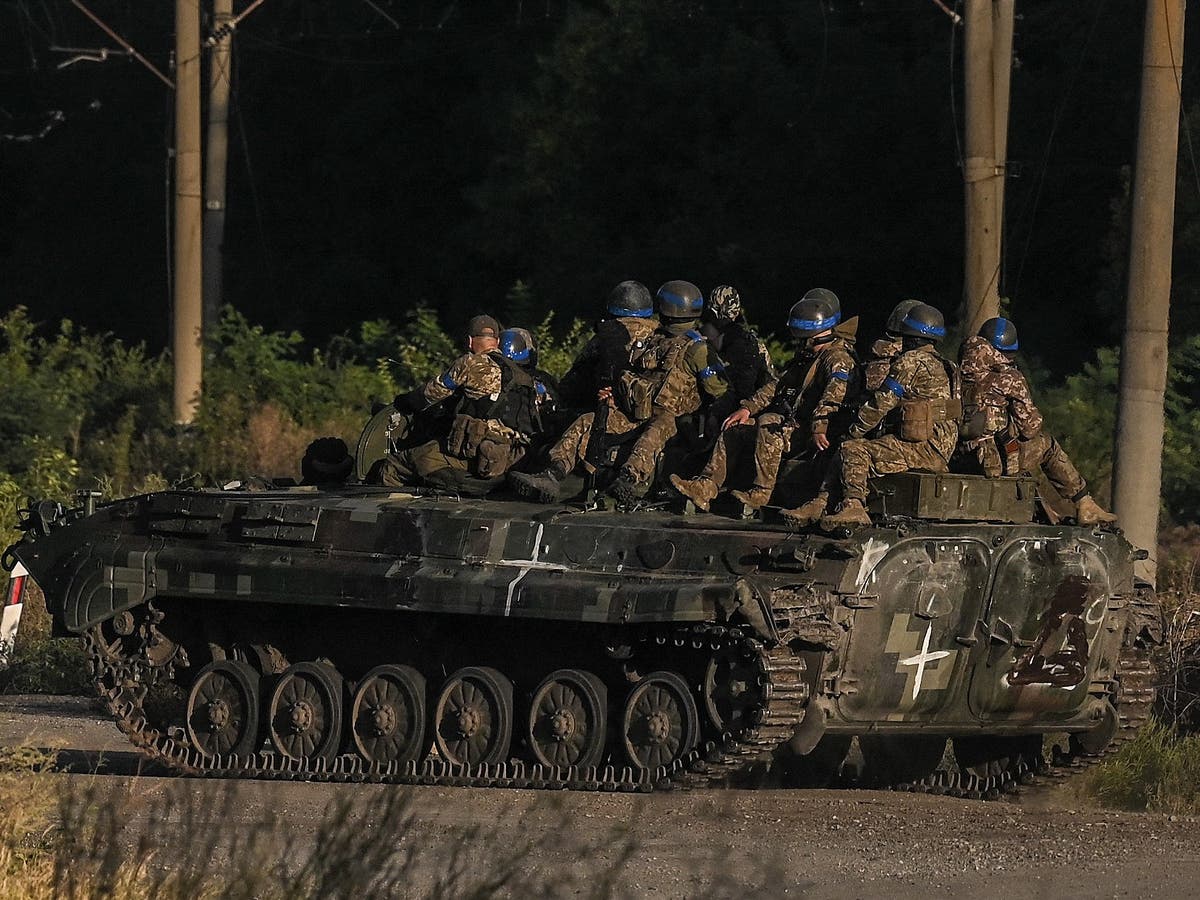 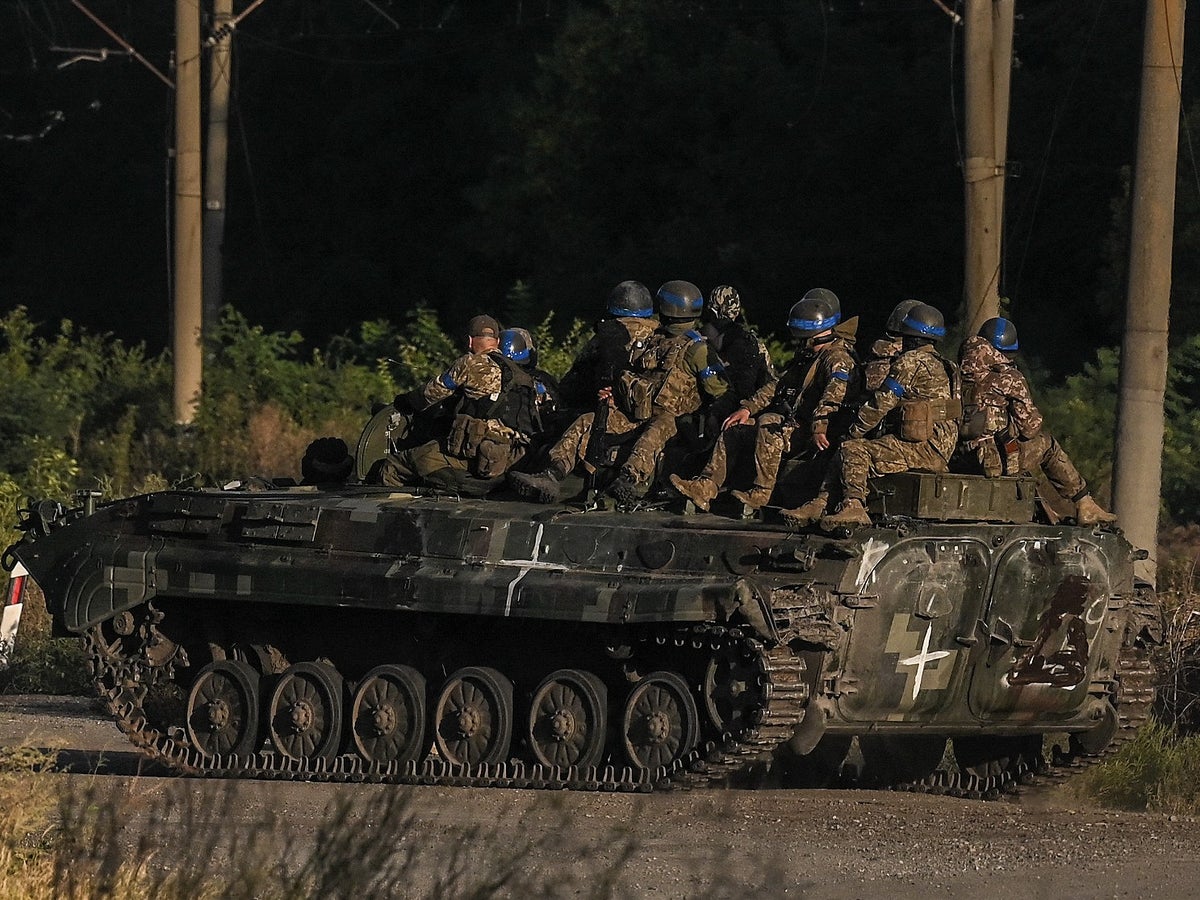 uKrainian forces have made one of the most significant gains since the Russian invasion, capturing the Kremlin’s main military stronghold in the northwest of the country after sweeping territorial advances in a surprise offensive.

The spectacular Russian frontline collapsed on one of the main routes into the battleground of the Donbas came with the strategically vital city of Izium, which was surrounded by Ukrainian troops after they cut off a key supply line through Kupiansk to the north, towards Kharkiv.

The ministry of defense in Moscow announced that Russian forces in Izium and Balakliia, already under Ukrainian control, were being pulled back to the separatist Donetsk People’s Republic and described the move as a “regrouping” to achieve the “liberation of the Donbas”.

What is unfolding in the Kharkiv region is being seen as the most serious reverse suffered by the Kremlin since its forces were driven away from their assault on Kyiv at the start of the war, saving the capital and preventing Vladimir Putin’s purported decapitation of Ukraine.

The Ukrainian attack in the Kharkiv region appears to have caught the Russian military, focusing on another Ukrainian assault in the Kherson area in the south, unaware. The retreat led to immediate recriminations back home, with demands for inquiries into why things have gone so wrong.

Kupiansk was captured on Saturday, presenting the opportunity to cut off one of the main Russian logistical and communications lines on the Kharkiv front. Major rail lines come together in the town and its loss led to massive problems for the Kremlin in moving supplies.

Images have appeared in the media of a Ukrainian presence in the center of the city. One shared by a former spokesperson for president Volodymyr Zelensky shows soldiers in front of the city hall holding up a Ukrainian flag, with a tattered Russian flag at their feet.

General Valerii Zaluzhnyi, the head of Ukraine’s armed forces, wrote in a Facebook post: “We clearly know what we are fighting for and we will definitely win.” President Zelensky said in his national nightly address that troops were “gradually taking control of new settlements… returning the Ukrainian flag and protection for all our people”.

Police units, he added, were being sent to retaken settlements, and he urged residents to report any war crimes committed by Russian troops. The United Nations monitoring team in Ukraine said they had “documented a range of violations against prisoners of war” by Russians. The report also accused Ukrainian troops of “cases of torture and ill-treatment of prisoners of war”.

There are unconfirmed reports of Izium being partially surrounded in preparation for a Ukrainian assault, while Russian troops abandoned their positions. There have also been accounts of Ukrainian troops already inside the city, but these could not be corroborated.

The fall of Kupiansk came two days after Ukrainian troops had driven through to Balakliia, around 30 miles from Izium, which lies on one of the main routes into the Donbas in eastern Ukraine. The Russians have seized a sizeable part of the Donbas after the capture of the towns of Severodonetsk and Lysychansk. But the two main cities, Slovyansk and Kramatorsk, which were expected to fall at one stage, remain in Ukrainian hands.

The volume of claims of Russian losses continued to rise on Russian and Ukrainian social media across the weekend. One from Ukrainian pro-Moscow blogger Yuri Podolyaka, who has 2.2 million followers on Telegram, said: “We need to be honest, the Ukrainian command has outplayed us here.” He warned of a “most serious combat” unless the Kremlin managed to “stop the Ukrainian breakthrough”.

A Russian military blogger, Maksim Fomin, declared that Russian forces had been beaten. “The situation is very difficult. Let’s exhale and say that we have been defeated,” he said. Mr Fomin demanded an investigation into why the Russian forces were seemingly unprepared for the Ukrainian offensive.

Vitaly Ganchev, the Moscow-appointed head of the occupied Kharkiv region, said on Saturday that civilians were being evacuated from Kupiansk and Izium.

Russia had previously moved thousands of troops from the Donbas area to counter an offensive towards Kherson in the south, where both Ukrainian sides are believed to have suffered extensive casualties.