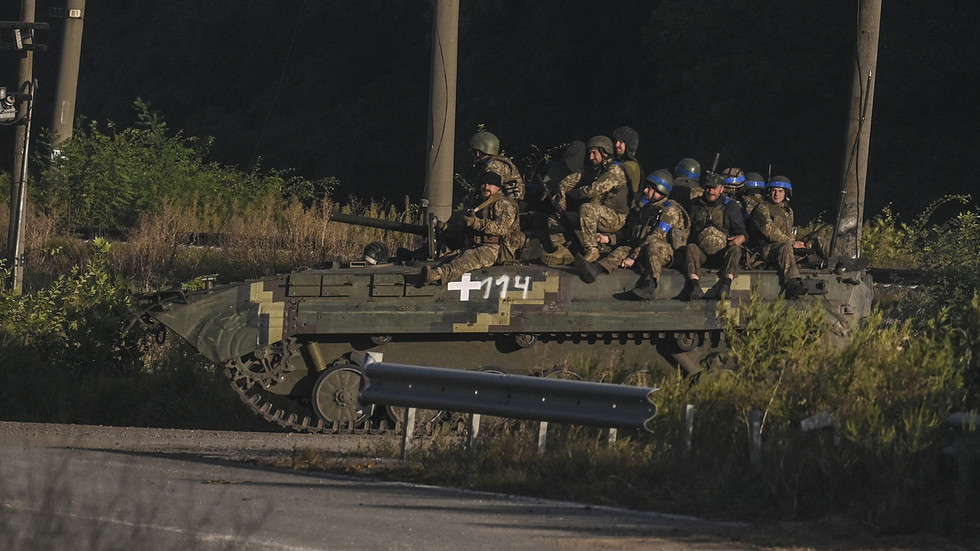 Kiev and Washington have “constantly” discussed ways to blunt the Russian advance, a US official told the newspaper

Ukraine had stepped up intelligence-sharing with the US in preparation for its counteroffensive against the Russian forces in the Kharkov Region, The New York Times reported on Saturday.

Despite Washington providing information on Russian command posts, ammunition depots and other targets to Kiev, Ukrainian officials had been reluctant earlier in the conflict to reveal operational plans to their US counterparts, over concerns that this “could highlight weaknesses and discourage continued American support,” the newspaper claimed.

But it all changed during the summer as Kiev decided that sharing plans for counteroffensive would, contrary to previous concerns, prompt Washington to provide Ukraine with even more assistance, unnamed senior US officials told the NYT.

This shift allowed the US to offer “better and more relevant information about Russian weaknesses,” the sources reported.

They declined to expand on how much information has been shared between the sides or on how deep the Americans have been involved in the planning of the Ukrainian counteroffensive, the newspaper said.

However, one official claimed that the US had “constantly” discussed with Ukraine ways that it could blunt the Russian advance in the east of the country.


The large-scale Ukrainian offensive with the use of weapons supplied by the US and other Western nations in the north-eastern Kharkov Region on Thursday after Kiev’s attempts to advance in other areas failed.

On Saturday, Russia’s Defense Ministry announced the withdrawal of its troops from the city of Izyum and some other settlements in the region, saying that these are being regrouped in order “to build up efforts in the Donetsk direction.” During the operation, it added, the military had performed what it called a “number of distracting and demonstration activities imitating the real action of troops.”

Ukrainian president Vladimir Zelensky celebrated the Russian retreat as a victory, but the NYT pointed out that “it is not yet clear how much broad strategic importance those gains [by Kiev] will have.”

Moscow has many times warned Washington against providing weapons and sharing intelligence data with Ukraine, saying that the US risked becoming a party to the conflict through such actions.

Russia sent troops into Ukraine on February 24, citing Kiev’s failure to implement the Minsk agreements, designed to give the regions of Donetsk and Lugansk special status within the Ukrainian state. The protocols, brokered by Germany and France, were first signed in 2014. Former Ukrainian President Pyotr Poroshenko has since admitted that Kiev’s main goal was to use the ceasefire to buy time and “create powerful armed forces.”

In February 2022, the Kremlin recognized the Donbas republics as independent states and demanded that Ukraine officially declare itself a neutral country that will never join any Western military bloc. Kiev insists the Russian offensive was completely unprovoked.