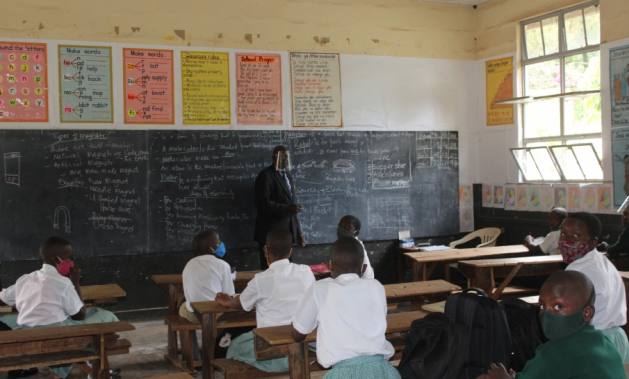 KAMPALA, Mar 16 (IPS) – When schools reopened in Uganda in January, Atim’s baby was 3 months old. The 17-year-old wished to go back to classes but she faced a dilemma—whether to disclose to her teachers that she was a lactating mother.

Atim chose to open up to some of the teachers who offered to help her return. The school made a provision to allow her to secretly breastfeed the baby within its premises. The first two weeks were challenging for the young mother. “It wasn’t easy but I’m now getting used to the students and teachers. The teachers have really been helpful,” Atim said.

She is the only lactating mother at Layibi Secondary School. Most of her former classmates have either been married off or dropped out because they were pregnant. And her case is unique. Before the COVID-19 pandemic the school would not allow students who were lactating to attend, Senior Woman Teacher Lilian Akot told IPS.

“She feels free at school. She studies from morning, then during the break she comes out and breastfeeds the child. Then at lunchtime she does the same. It was a bit challenging in the first week. Whenever she would hear a baby cry, she thought it was hers. And that tended to disturb her.”

Atim told IPS that she was determined to overcome the challenges in pursuit of her dream.

“I thought it was wise to get back to school because when you have not studied, life becomes difficult. I have seen how people are suffering in communities, especially those who have not studied. I have a vision—I want to study and become a better person in the future.”

According to Human Rights Watch, Uganda is among at least five countries in Africa that have either revoked restrictive or discriminatory policies or adopted laws or policies that allow pregnant students and adolescent mothers to stay in school under certain conditions. Others include Mozambique, Zimbabwe, Sierra Leone, São Tomé and Príncipe and more recently, Tanzania.

Uganda introduced revised guidelines on pregnancy prevention and management in schools in December 2020.

The require schools to prioritize readmitting mothers and girls after pregnancy, and provide redress for children and parents if public schools refuse to enroll them. They also give schools guidance to tackle stigma, discrimination and violence against students who are pregnant or are parents.

But as schools reopened early in January, Anglican Church leader Bishop Ssebagala sparked the long-running debate on whether pregnant and lactating mothers should be allowed back to school. He ordered all Anglican-founded schools under his diocese to bar lactating mothers and pregnant girls from attending classes, in defiance of the guidelines.

The bishop said although it was okay for parents to support their pregnant daughters, it was immoral to allow them to sit in class with other children.

“When all girls turn up, carry out the usual medical examination so that those found pregnant can go back and give birth they will come back after giving birth. Imagine someone saying even breastfeeding ones should be allowed to attend class. No, this we shall not accept. How can a teacher be teaching when a girl is giving breasts to her child?”

Schools have heeded the bishop’s order says Susan Wamala Sserunkuma, Chairperson of Mukono diocese Church of Uganda School. “The bishop requested us not to leave them out of school completely but to advise them not to come back to school because of the conditions they face,” said Sserunkuma. 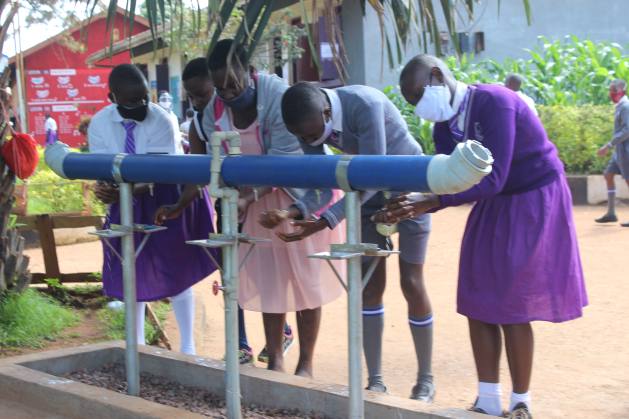 “We are not denying them education but we are helping them to live in an environment that won’t subject them to stigma. The school can never have room for that. For example, you can’t come back when you are breastfeeding because you won’t have a place to put your baby,” Sserunkuma added in an interview with IPS.

Joyce Nalubega, a senior education officer in Buikwe District, told IPS that while public schools are willing to allow lactating mothers back in class, those founded by churches and mosques are not.

“Foundation bodies and the government should sit and agree on the do’s and don’ts. We respect the cultures/religions of different schools. But we cannot close the door in totality. We just need to reorganize and give it a second chance,” she said. “Those girls were going to school to learn. But the pandemic just came around. So we shouldn’t penalize them.”

Pregnant girls continue to be barred from studying in private primary and lower secondary schools. IPS however discovered that at most of the public or government-aided schools, the girls have shied away because of fear and stigma.

No school in Kaberamaido District in eastern Uganda has registered lactating teens or pregnant girls many weeks after schools reopened, according to Education Officer Richard Elyebu. “I think the issue could be centered around being ashamed to be seen pregnant,” he told IPS. “At this time, we are saying it’s a new normal but people have not taken it as a normal thing. We could be having children who are expecting but they have decided not to come back to school.”

Over 3,000 girls were pregnant in eastern Uganda’s Bukedea district by the end of last year. Education Officer Steven Okiror, told IPS that the majority are out of school.

“It appears like some have been married off, some have shied away, parents have kept quiet. There is really a big problem here. They will never get back. Parents are hesitant to give the girls a second chance.”

But in neighboring Soroti District one parent, Albert Okello, decided not to keep his daughter Aculo out of school, although it is common in the area for parents to withdraw education from girls who get pregnant, as a punishment.

“I had to think deeper and I said ‘If I leave this girl, first of all the boy who impregnated her is not educated, he cannot be of any help to this girl’. That is the reason as to why we took her back to school,” said Okiror.

As the emotionally charged debate continues, President Yoweri Museveni has insisted that he will not agree to prevent girls who are pregnant from returning to school. “It is neither logical, nor certainly religious. If the mature go back to school in their forties and fifties, why can’t a child go back to school? But should she go with pregnancy? Should she go breastfeeding? That one we shall discuss,” said Museveni.

Atim’s message to fellow teen mothers and pregnant girls is, “Get back to school if there is any opportunity. They should not fear because I see that there is a lot of benefit in studies.”

Uganda’s National Planning Authority in 2021 projected that 30% of learners (about 4.5 million children) were not likely to return to school due to teenage pregnancies, early marriages or child labour.