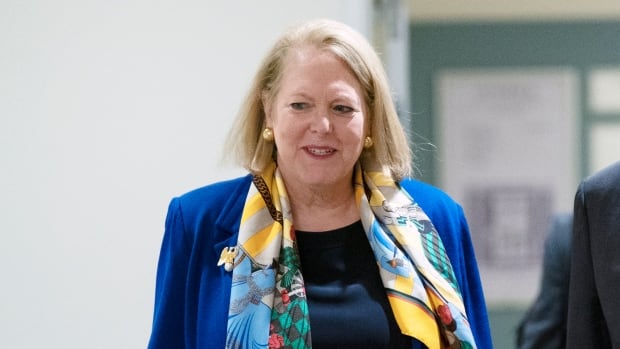 Virginia (Ginni) Thomas, the wife of US Supreme Court Justice Clarence Thomas, stood by the false claim that the 2020 election was fraudulent during an interview Thursday with the House committee investigating the Jan. 6 insurrection, the panel’s chairman said.

Bennie Thompson answered “Yes,” when asked by reporters if Virginia Thomas still believed that to be the case.

“It’s a work in progress,” said Thompson, a Democrat from Mississippi, after the more than four-hour interview ended. “At this point, we’re glad she came.”

The committee — comprised of seven Democrats and two Republicans — has for months sought an interview with Thomas in an effort to know more about her role in trying to help former US President Donald Trump overturn his election defeat.

The conservative activist texted with the then-White House chief of staff Mark Meadows nearly 30 times in the weeks after the election, it was learned earlier this year, and also contacted lawmakers in Arizona and Wisconsin.

Thomas answered some of the questions from congressional investigators Thursday as she sought to portray herself as among the many Americans who still believe the baseless claim that the 2020 election was stolen, according to a person familiar with the investigation who was not authorized to discuss it publicly .

“Beyond that, she played no role in any events after the 2020 election results,” he added.

The testimony from Thomas was one of the last remaining for the panel as it eyes the completion of its work. The panel has already interviewed more than 1,000 witnesses and shown some of that video testimony in its eight hearings over the summer.

The extent of her involvement in the Capitol attack is unclear. In the days after The Associated Press and other news organizations called the presidential election for Biden, Thomas emailed two lawmakers in Arizona to urge them to choose “a clean slate of electors” and “stand strong in the face of political and media pressure.” AP obtained the emails earlier this year under the state’s open records law.

Thomas has said in previous interviews that she attended the initial pro-Trump rally the morning of Jan. 6, but she left before Trump spoke and the crowds headed for the Capitol.

Thomas, a Trump supporter long active in conservative causes, has repeatedly maintained that her political activities posed no conflict of interest with the work of her husband.

“Like so many married couples, we share many of the same ideals, principles and aspirations for America. But we have our own separate careers — and our own ideas and opinions too. Clarence doesn’t discuss his work with me, and I don’t ‘t involve him in my work,” Thomas told the Washington Free Beacon in an interview published in March.

And Justice Thomas is allowed to sit on January 6 cases.

Yet Republicans still don’t think the Supreme Court needs a code of conduct.

Justice Thomas was the lone dissenting voice when the Supreme Court ruled in January to allow a congressional committee access to presidential diaries, visitor logs, speech drafts and handwritten notes relating to the events of Jan. 6.

Democrats like Sen. Mazie Hirono of Hawaii has questioned why that is the case, as well as why the Supreme Court does not have a code of ethics, in contrast to the lower federal courts.

‘The most secure election’: federal agency

Ginni Thomas has been openly critical of the committee’s work, including signing onto a letter to House Republicans calling for the expulsion of Reps. Liz Cheney of Wyoming and Adam Kinzinger of Illinois from the GOP conference for joining the Jan. 6 congressional committee.

No credible claims of widespread 2020 election fraud were brought forth in dozens of cases that went before the courts and were subsequently rejected.

day 610:18What Liz Cheney’s loss in Wyoming says about the direction of the American right

Liz Cheney lost to her Donald Trump-backed challenger Harriet Hageman in the Wyoming Republican primary elections. Stephanie Muravchik, who is working on a new book about Cheney’s Wyoming and the future of the American right, says Cheney’s loss dela is a microcosm of a “war that is really raging in the Republican Party.”

The Trump administration’s own Cybersecurity and Infrastructure Security Agency within the Department of Homeland Security selected the election in a statement in November 2020 as “the most secure in American history,” and former attorney general William Barr, chosen by Trump, has panned many of the assertions of fraud by the former president and his most loyal advocates.

Republicans espousing claims about 2020 vote fraud have generally not addressed how they reconcile that view with the party’s own strong performance in Congress in the election. Republicans significantly narrowed the Democrat advantage in the House, and were in line to retain the Senate until two Georgia byelections weeks later resulted in a 50-50 chamber, with Democratic Vice President Kamala Harris holding a vote in any ties.