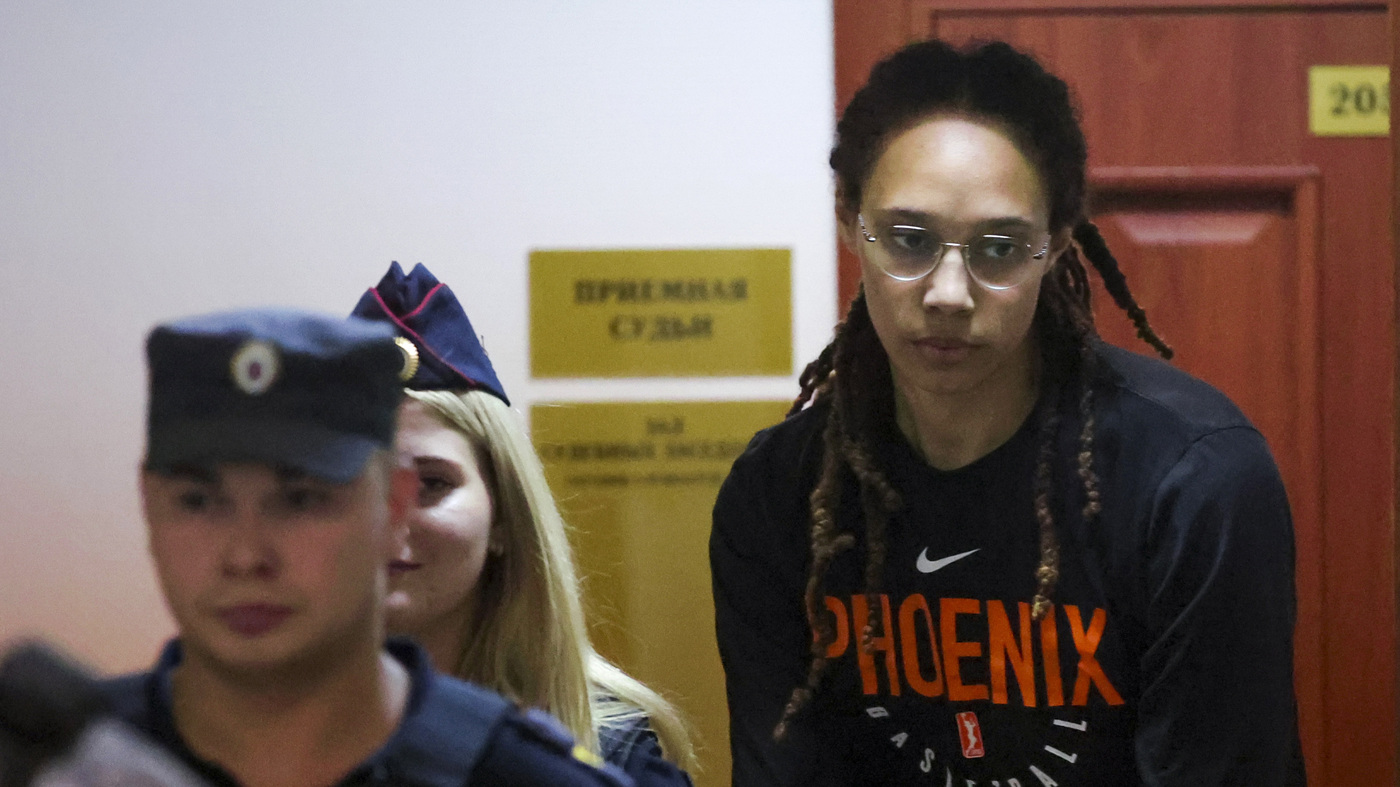 WNBA star and two-time Olympic gold medalist Brittney Griner is escorted to a courtroom for a hearing, in Khimki just outside Moscow, on Wednesday.

WNBA star and two-time Olympic gold medalist Brittney Griner is escorted to a courtroom for a hearing, in Khimki just outside Moscow, on Wednesday.

WASHINGTON — The US has offered a deal to Russia aimed at bringing home WNBA star Brittney Griner and another jailed American, Paul Whelan, Secretary of State Antony Blinken said Wednesday. In a sharp reversal of previous policy, Blinken also said he expects to speak with his Kremlin counterpart for the first time since before Russia invaded Ukraine.

The statement marked the first time the US government has publicly revealed any concrete action it has taken to secure the release of Griner, who was arrested on drug-related charges at a Moscow airport in February and testified Wednesday at her trial.

Blinken did not offer details on the proposed deal, which was offered weeks ago, and it is unclear whether it will be enough for Russia to release the Americans. But the public acknowledgment of the offer at a time when the US has otherwise shunned Russia, reflects the mounting pressure on the administration over Griner and Whelan and its determination to get them home.

Blinken said Washington would like a response from Moscow. Russia has for years expressed interest in the release of Viktor Bout, a Russian arms dealer once labeled the “Merchant of Death,” who was sentenced to 25 years in prison in 2012 on charges that he schemed to illegally sell millions of dollars in weapons.

Blinken said he had requested a call with Russian Foreign Minister Sergey Lavrov. US officials said the desire for an answer on the prisoner offer was the primary, but not only, reason that the US on Wednesday requested the call with Lavrov.

Should the call take place, it would be the first conversation that Blinken and Lavrov have held since Feb. 15, about a week before Russia invaded Ukraine. Blinken said he would also be speaking to Lavrov about the importance of Russia complying with a UN-brokered deal to free multiple tones of Ukrainian grain from storage and warning him about the dangers of possible Russian attempts to annex portions of eastern and southern Ukraine.

Griner, in Russian custody for the last five months, acknowledged in court this month that she had vape cartridges containing cannabis oil in her luggage when she arrived in Moscow in February but contends she had no criminal intent and packed the cartridges inadvertently.

At her trial Wednesday, Griner said she did not know how the cannabis oil ended up in her bag but explained she had a doctor’s recommendation for it and had packed in stem. She said she was pulled aside at the airport after inspectors found the cartridges, but that a language interpreter translated only a fraction of what was said during her questioning and that officials instructed her to sign documents without providing an explanation.

Griner faces up to 10 years in prison if convicted of transporting drugs.

The US government has long resisted prisoner swaps out of concern that it could encourage additional hostage-taking and promote false equivalency between a wrongfully detained American and a foreign national regarded as justly convicted. But an earlier deal in April, in which Marine veteran Trevor Reed was traded for jailed Russian pilot, Konstantin Yaroshenko, appeared to open the door to similar resolutions in the future and the Biden administration has been hounded with political pressure to bring Griner and other home Americans designated as unjustly detained.

There was no indication that Blinken and Lavrov had communicated to secure Reed’s release. Their last publicly recognized contact was Feb. 22, when Blinken wrote to Lavrov to cancel a meeting they had planned as a last-ditch effort to avert the Russian invasion, saying Moscow had shown no interest in serious diplomacy on the matter. The State Department said later that Russia’s diplomacy was “Kabuki Theater” — all show and no substance.

The two last met in person in Geneva in January to discuss what was then Russia’s massive military build-up along Ukraine’s border and Russian demands for NATO to reduce its presence in eastern Europe and permanently deny Ukraine membership. The US rejected the Russian demands.

Blinken and Lavrov avoided each other earlier this month at the next time they were in the same place at the same time: at a meeting of foreign ministers from the Group of 20 nations in Bali, Indonesia.

The two men will next be in the same city at the same time next week in Phnom Penh, Cambodia, where they will both be attending the Association of Southeast Asian Nations Regional Forum. It was not immediately clear if the phone call ahead of that meeting, set for Aug. 4-5, would presage an in-person discussion.