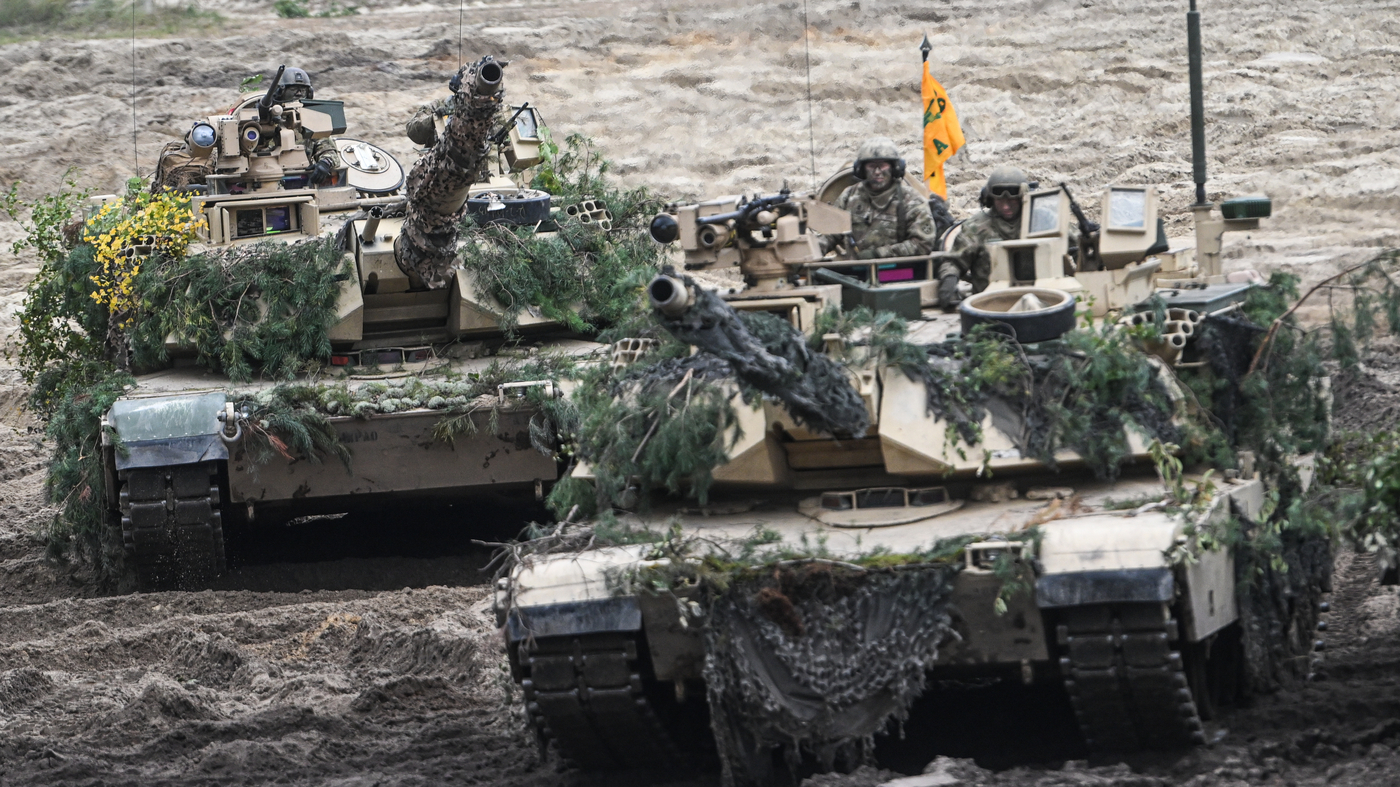 President Biden said Wednesday the US will send 31 M1 Abrams tanks to Ukraine, reflecting the rapidly expanding effort to provide heavy weaponry to Ukraine in its war with Russia.

“The United States, standing shoulder to shoulder with its allies, is going to do all it can to help Ukraine,” Biden said in brief remarks at the White House. “We are united.”

Biden’s announcement came just hours after Germany’s Chancellor Olaf Scholz said his country would send 14 of its Leopard 2 tanks to Ukraine. Germany had been resisting such a move, but Scholz changed his mind after coming under sustained pressure from many of the Western nations supporting Ukraine.

The US and German tanks headed to Ukraine are considered the two best models in the world. They’re part of a blockbuster month of new, heavy weapons pledged to Ukraine, by far the largest such upgrade since Russia launched a full-scale invasion 11 months ago.

The US and German announcements also signal a willingness to send additional weapons they previously considered a red line because they might lead to further escalation by Russia.

But that reluctance has largely crumbled, particularly this past month, as US and NATO countries have offered up a range of new weapons, including the Patriot missile air defense system, hundreds of armored vehicles, and now, the tanks.

Ukraine has been outgunned

Ukraine says it badly needs tanks. It’s been relying on aging, Soviet-era models, and more broadly, has been outgunned by Russia throughout the war.

Ukraine’s President Volodymyr Zelenskyy welcomed the news with a tweet.

thank you @POTUS for another powerful decision to provide Abrams to 🇺🇦. Grateful to 🇺🇸 people for leadership support! It’s an important step on the path to victory. Today the free world is united as never before for a common goal – liberation of 🇺🇦. We’re moving forward

Still, military analysts stress there’s no single weapon that will determine the outcome of the war. Tanks, they say, are just one key component of the “combined arms” that Ukraine needs to wage successful offensives and defeat Russian forces that still occupy large parts of eastern and southern Ukraine.

The other elements include effective ground forces, agile armored vehicles, artillery, air power and air defenses. The pledges this past month are designed to upgrade Ukraine’s military strength on multiple fronts. And they come as Ukraine prepares for what’s expected to be an escalation in the fighting toward the end of winter or in the early spring.

Both Ukraine and Russia have been dropping not-so-subtle hints they’re likely to launch new offensives.

The president did not say when the US tanks would reach Ukraine. But a senior administration official, who was only authorized to speak on condition of anonymity, said it would be “months, not weeks.”

The Abrams is considered the world’s best tank, and also the most sophisticated. It requires extensive training and maintenance, and it runs on jet fuel, rather than the diesel fuel used by other tanks.

The German tanks, which are also considered first-rate, are expected to reach Ukraine much sooner, although no date was announced.

German Chancellor Olaf Scholz had been deeply reluctant to substantially increase the German level of support. But he came under increasing pressure given the quality and availability of the German tanks. Speaking to parliament Wednesday, he defended the length of time it took to reach the decision.

In many statements by US officials over the course of months, the US said the Abram tank was not the best fit for Ukraine. In contrast, the Leopard seemed to make more sense. More than a dozen European nations have them. Those countries have trained with the Leopards and know how to maintain them.

But the Germans didn’t want to go it alone. The US announcement appeared to provide political cover for the Germans to move ahead.

A senior US official, who was not authorized to speak publicly, described the German and US tank pledges this way: “Coupled with near-term commitment by the Germans on the Leopards, we think the Abrams represent a long-term commitment” by the US

Poland and other European nations with Leopard tanks are expected to offer them to Ukraine as well.

Ukraine, meanwhile, has received pledges for heavy weapons over the past month that far exceed anything in the previous 11 months of war.

In late December, the US said it would send a Patriot missile defense system, considered key to helping Ukraine defend against ongoing Russian missile strike directed at the country’s electricity grid.

On Jan. 6, the US announced a $3 billion weapons package, the largest single tranche so far.

Last Friday, the US led a coalition of more than 50 countries that met in Ramstein, Germany, to offer additional support for Ukraine. While much of the public discussion focused on the US and German refusal to provide tanks, Ukraine did receive extremely strong support overall. The US pledged an additional $2.5 billion, including more than 500 armored vehicles. The Germans offered up an additional $1 billion in military hardware.