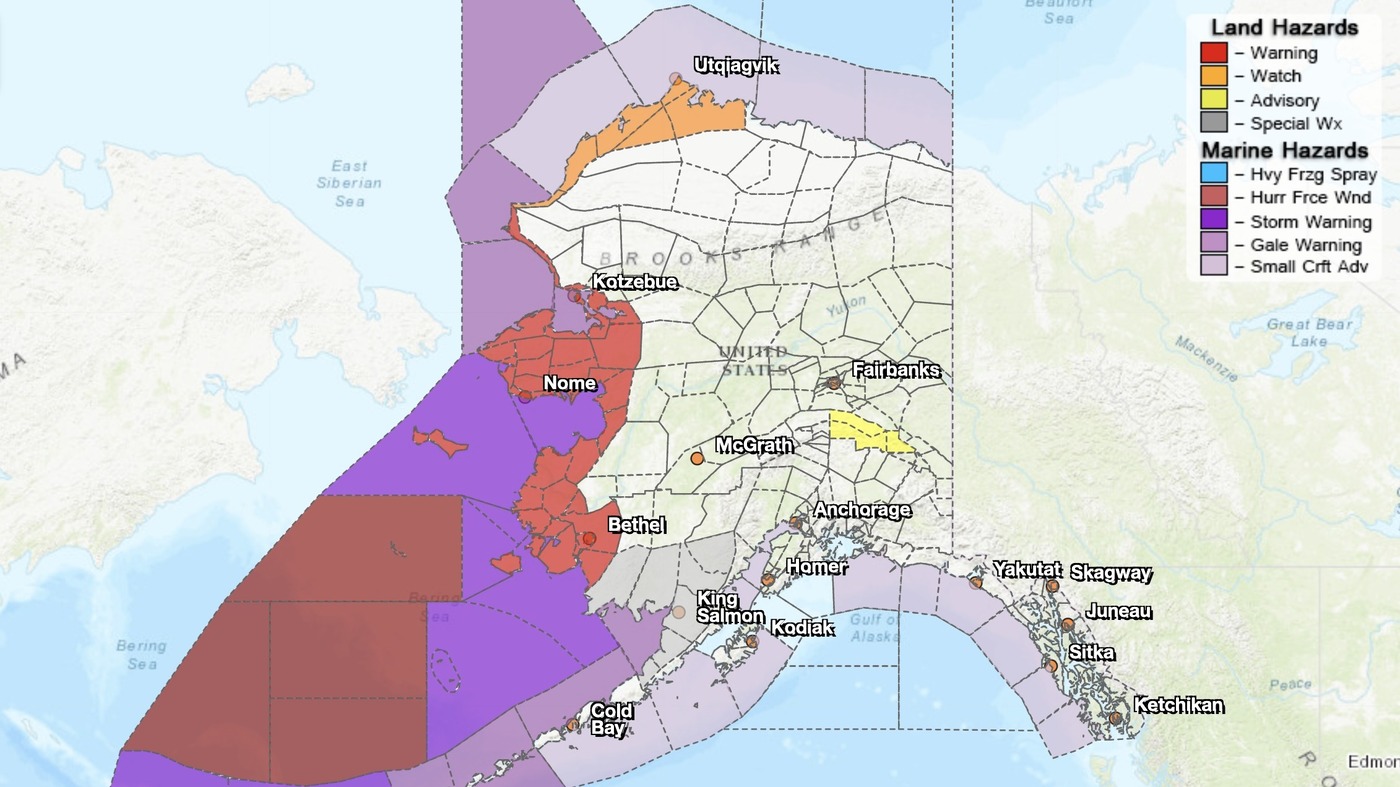 A huge chunk of Alaska’s western coastline is now under flood and storm warnings, as forecasters warn that the remnants of a Pacific typhoon could bring seas up to 54 feet and winds up to 75 knots (86 mph) to the shore this weekend.

“Typhoon Merbok has transitioned into a historically powerful Alaskan storm in the Bering Sea,” the National Weather Service said on Friday. “Significant, damaging high winds and storm surges are expected to slam into southwestern Alaska, especially along the southern Seward peninsula.”

Power lines could be blown down, and roads and houses could flood as water levels are expected to be 3-8 feet higher than normal high tide marks, the agency said.

By 11 pm local time Thursday night, a weather buoy in the Western Aleutians was recording seas reaching 41 feet, the NWS office in Anchorage said. The storm’s tropical origin was evident on the outlying Adak Island, where wind gusts reached 75 mph and the temperature rose to 70 degrees.

As of 11pm this evening Buoy 46071 south of Amchitka Island in the Western Aleutians has recorded seas to 41 feet🌊🌊!! Here is a picture of the massive waves caught on the buoy’s camera. Adak Island has recorded multiple gusts to 75 mph and reached 70°F. #akwx @databuoycenter pic.twitter.com/oDQhjzVZ5W

The strongest hurricane-force winds are expected to weaken a bit Friday before the system reaches land, but storm warnings persist through early Saturday morning. But dire flood warnings will remain in effect for some northern coastal and inland areas through Sunday morning.

Flood warnings are in effect for a wide area, with Name roughly in its center. But virtually the entire shoreline of Alaska is under some form of alert, with small-craft advisories issued from the Gulf of Alaska to the coast of the North Slope.