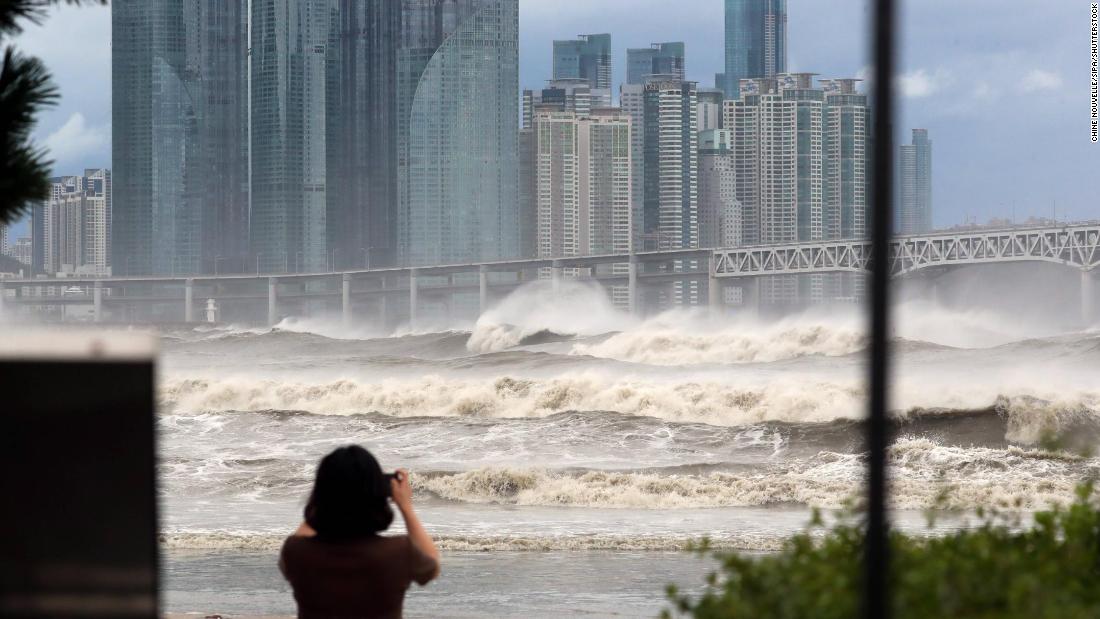 Typhoon Hinnamnor left the Korean peninsula early on Tuesday after battering the southeastern industrial cities of Pohang, Gyeongju and Ulsan with strong winds and heavy rain.

It was moving northeast across the Sea of ​​Japan and was expected to brush past Japan’s northeastern city of Sapporo at around 9 pm local time, according to the Korea Meteorological Administration.

Japanese authorities said the island of Hokkaido, where Sapporo is located, will face high winds and waves overnight and on Wednesday. Train services and flights were canceled in the southernmost island of Kyushu when the typhoon passed earlier on Tuesday.

In South Korea’s Pohang city, a resident was swept away and killed by strong currents, and eight others were reported missing in submerged underground parking lots, the Ministry of Interior and Safety said.

Local broadcaster YTN showed footage of a wrecked car being pulled out of an underground apartment garage where muddy water blocked its entrance.

Another person died after being buried in a house hit by a landslide in Gyeongju and one person was reported missing in Ulsan as of Tuesday afternoon.

The casualties could rise as rescue operations continue, with the military mobilizing amphibious vehicles.

Some 2,900 people have been evacuated, mostly in the south of the country, and more than 66,000 homes experienced power outages, with 45 percent of service restored as of 3 pm local time.

POSCO reported a temporary byproduct gas release at its Pohang plant due to a power outage caused by the typhoon.

Shipbuilder Hyundai Heavy Industries based in Ulsan said there were no major losses though some parts of its factory were submerged. Some of its ships were sent to the west coast to head off damage and would return on Thursday.

A spokesperson for Daewoo Shipbuilding & Marine Engineering said there were no incidents at its shipyard in nearby Changwon so far, and it halted production on Tuesday morning as planned.

Typhoon warnings were mostly lifted across South Korea, but President Yoon Suk-yeol urged officials to take precautions until the typhoon is completely gone, his spokesperson said.
The neighboring North Korea also braced for damage from the typhoon, with leader Kim Jong Un presiding over a two-day meeting on disaster prevention work and releasing water from a dam near its border with South Korea.

South Korea has repeatedly urged the North to give notice before releasing water from the dam as it could result in flooding downstream but Pyongyang has remained unresponsive.