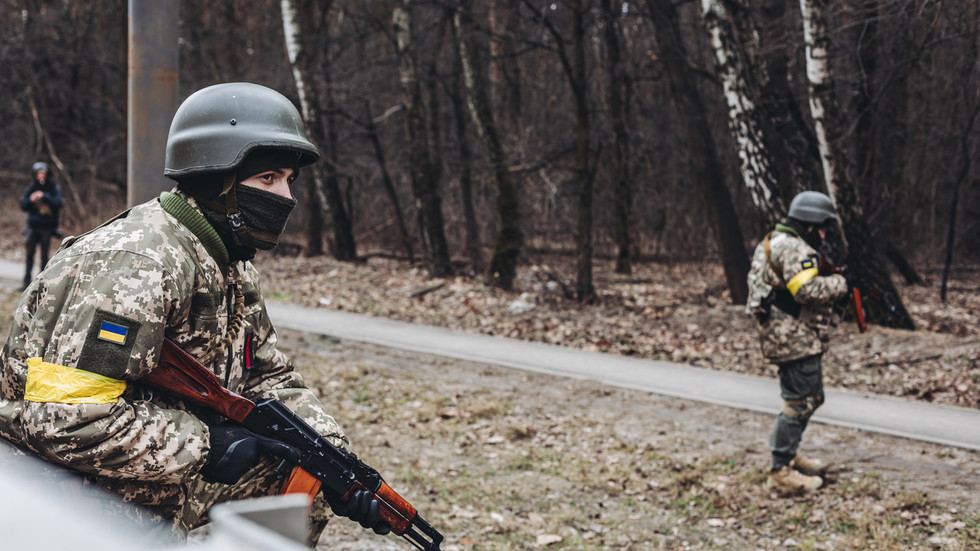 The first group out of what will become nearly 10,000 service members has been welcomed by UK Secretary of Defense Ben Wallace

The first cohort of Ukrainian troops has arrived in the UK to undergo specialist military training, with up to 10,000 Ukrainian service members expected to take part in the program in the coming months. British Defense Secretary Ben Wallace has personally welcomed the soldiers.

According to a statement published by Britain’s Ministry of Defense on Saturday, Ukrainian military personnel had met with the top military official earlier this week.

Wallace described the training program as the next phase of Britain’s support to the Ukrainian military.

“Using the world-class expertise of the British army we will help Ukraine to rebuild its forces and scale up its resistance as they defend their country’s sovereignty and their right to choose their own future,” the secretary proclaimed.

According to the Ministry of Defence’s own estimates, London has so far spent over £2.3 billion ($2.7 billion) on military aid to “support Ukraine in its fight against Russia’s unprovoked invasion.”


Approximately 1,050 British personnel will be conducting the training at a number of undisclosed locations across the UK, with each course lasting several weeks.

According to the ministry, the program has been specifically designed to “give volunteer recruits with little to no military experience the skills to be effective in frontline combat.”

Among the areas of knowledge covered in the course are weapons handling, battlefield first aid, fieldcraft, patrol tactics as well as the Law of Armed Conflict.

To make sure the Ukrainian troops are familiar with the weapons they will be using during the training, London had “rapidly searched” AK-type assault rifles. The other necessary equipment, such as helmets, body armor, field uniforms and boots, are also being provided by the host country.

The statement pointed out that Britain”has a long history of supporting Ukrainian service personnel,” having provided training to some 22,000 troops between 2015 and 2022.

Russia sent troops into Ukraine on February 24, citing Kiev’s failure to implement the Minsk agreements, designed to give the regions of Donetsk and Lugansk special status within the Ukrainian state. The protocols, brokered by Germany and France, were first signed in 2014. Former Ukrainian President Petro Poroshenko has since admitted that Kiev’s main goal was to use the ceasefire to buy time and “create powerful armed forces.”