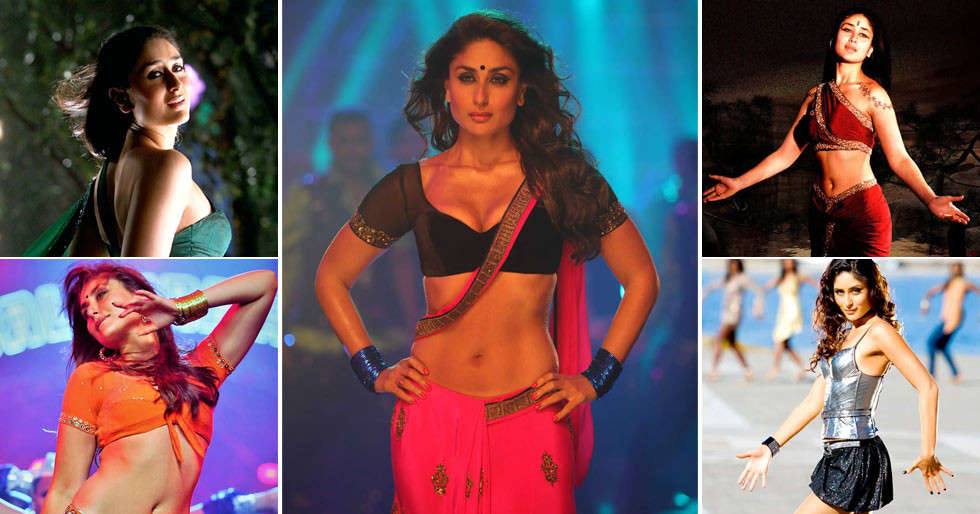 To say that Kareena Kapoor Khan has caused a stir in the Indian fashion scene is an understatement. The actress is now synonymous with the portrayal of fashion in Indian cinema. Not only has she created some big moments with her sartorial choices in real life, but she has also picked characters and movies that had a great impact on fashion in India. In her career spanning decades, the actress has taken the right number of risks that go into the making of being a fashion sensation.

At the mere age of twenty, Kareena Kapoor’s eyes glistened as she made her debut with Refugee in 2000. In a twenty-two-year-long career, she has forged her name as one of the biggest and highest-paid actresses in the industry . With years of experience in movies, she has nailed the all-eyes-on-me look.

Kareena loyalists have been mood-boarding looks based on the roles she takes upon for the longest time. One of her generation-defining characters dela is Poo in Kabhi Khushi Kabhi Gham. The trends that she set in the movie are relevant even after 21 years of its release. Similarly, the actress left her fans awestruck when she donned the infamous black and pink saree for the song Halkat Jawaani in Heroine.

Over the years, we have seen Kareena Kapoor’s fashion in movies evolve. As the actress completes 22 years in the industry, we are tracing her dela fashion dela moments in movies that set the bar for fashion as interpreted in movies. 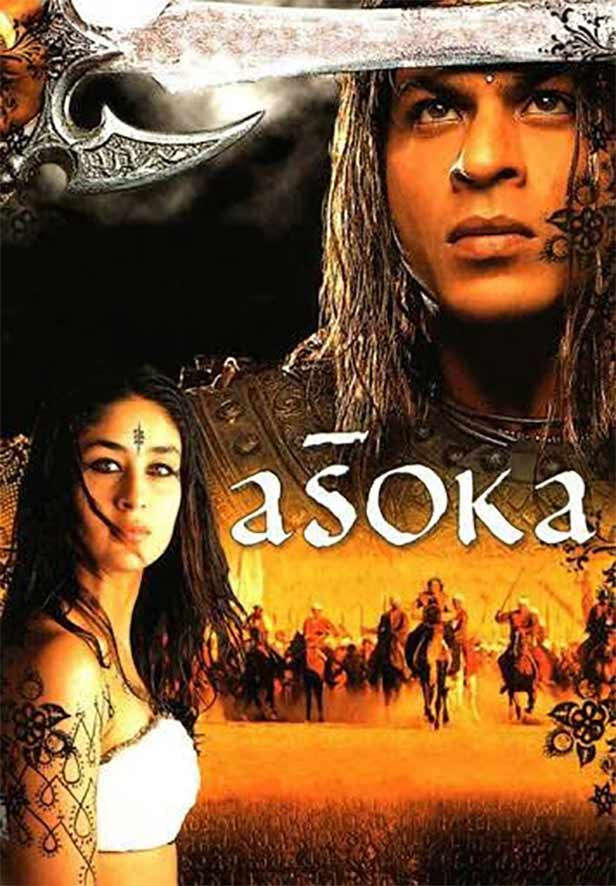 The movie Asoka is a historical drama starring Shah Rukh Khan and Kareena Kapoor Khan as lead characters. The movie is a dramatized version of the life of Emperor Asoka who meets Kaurwaki played by Kareena Kapoor.

In the movie, Kareena dons the look of a warrior princess with a statement kohled eyes look. One of the highlights from the movie was the scene where she engages in a sword fight with Shah Rukh Khan. The song San Sanana is also one of the most popular songs from the movie which shows Kareena looking stunning in a maroon blouse, matching lehenga, and a dupatta. 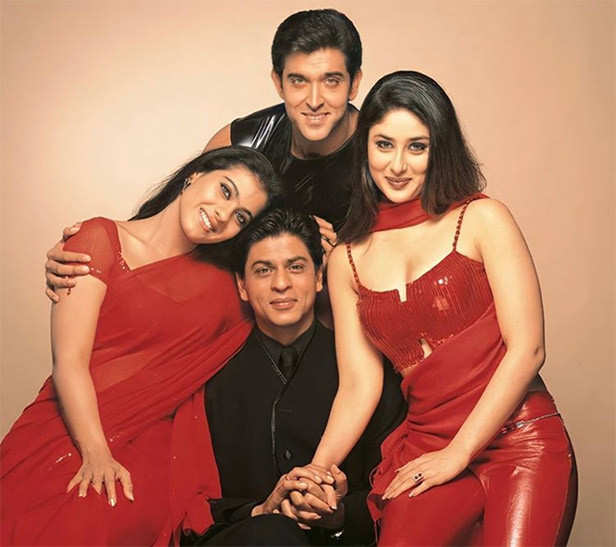 Kabhi Khushi Kabhi Gham is one of the most popular works of Kareena Kapoor Khan. Her character dela Poo had a generation-defining style quotient and remarkable dialogues. Be it the coordinated ensembles, crop tops paired with flared trousers, or backless outfits, Poo was always way ahead of her times.

Kareena Kapoor through her character Poo, also set the sequin and monochrome trend which came into mainstream fashion more than two decades later. Poo remains one of the most popular characters in Indian cinema, especially where fashion takes the front seat. 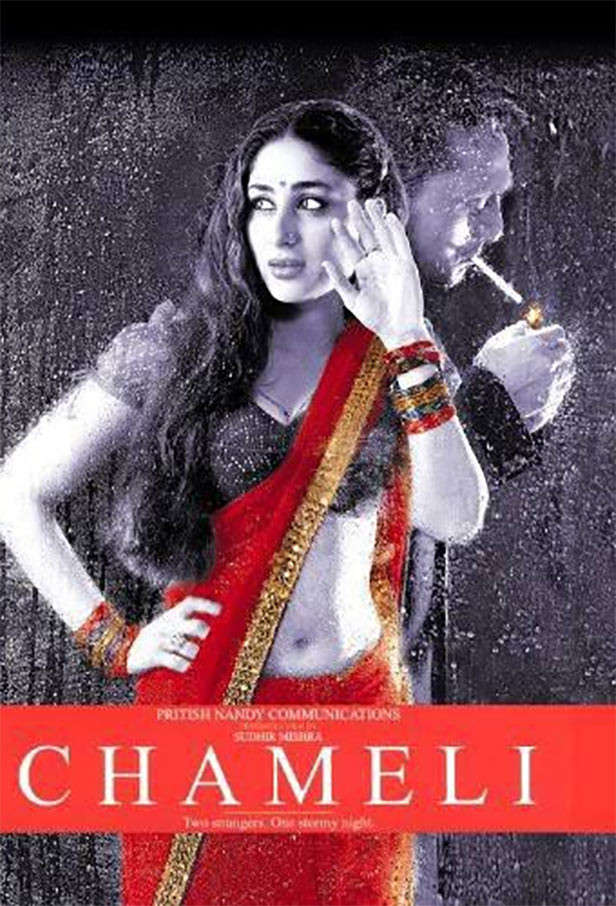 Kareena Kapoor stepped out of her comfort zone and played the protagonist in Chameli, a bold move that won her critical acclaim. She played the role of a street-smart sex worker and aced the performance.

Her red saree with a gold border and a floral blue and red saree made up for a classic look. She was accessorized with a gold chain, gold hoops, a hair clip, and bangles. 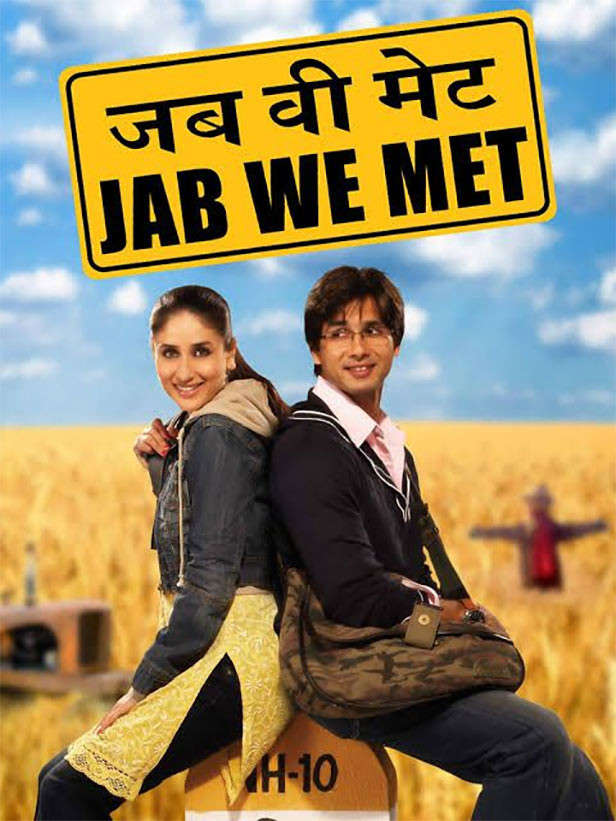 Jab We Met is a power-packed entertainer and romantic comedy where Kareena Kapoor plays the role of an effervescent and carefree Geet. The film went on to become one of the top-grossing movies of the year.

In her role as the fun and feisty Punjabi girl, Kareena Kapoor exceeded all expectations. The portrayal of her character through her sartorial choices also created a statement. Depicting fashion that is deeply rooted in Punjab, the actress wears multiple sharara sets and traditional wear. Some of the most popular looks are the multi-coloured sharara set from the song Nagara Baja and the black and gold sequin crop top and sharara from the song Mauja Hi Mauja. 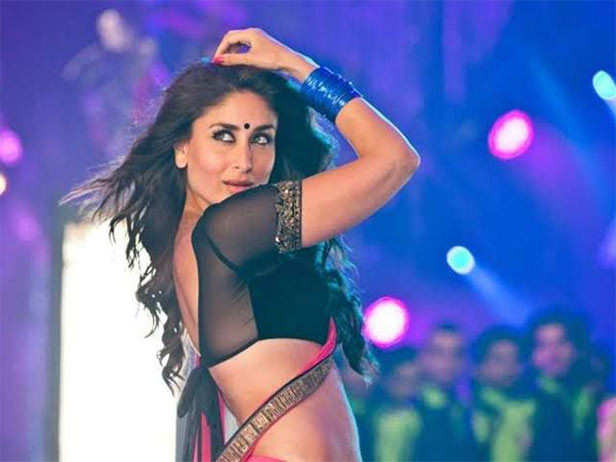 According to reports, Kareena Kapoor’s wardrobe for Heroine was one of the most expensive out of all the movies created to that day. She donned over 130 different ensembles by designers all over the globe.

The movie brings out Kareena Kapoor in the best outfits ranging from modern to traditional. Some of the most iconic looks are the sarees and lehengas from the song Halkat Jawaani, and the multiple OTT dresses from the title track Heroine.