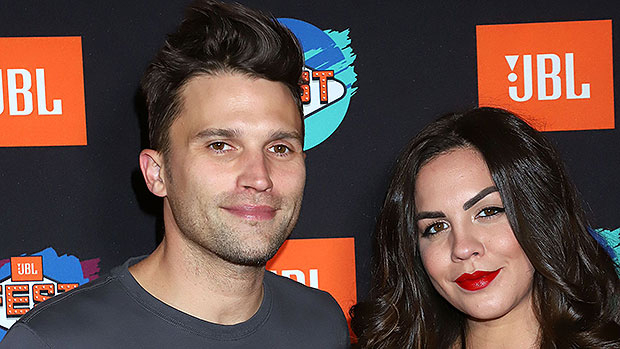 Vanderpump Rules’ Tom Schwartz and Katie Maloney announced they were going their separate ways in March after 12 years together, but that doesn’t mean all hope is gone for the reality stars. “Never say never,” Tom, 39, told HollywoodLife EXCLUSIVELY about a possible reconciliation while enjoying a family and friends event at his new cocktail lounge and restaurant with Tom Sandoval, Schwartz & Sandy’s. “As of now, we’re on indefinite hiatus. We still love and support each other. I’m a huge Maloney champion. I will support her in everything she does. She’s killing it and hitting her stride. The podcast is crushing it.”

Katie, 35, took to her podcast, You’re Gonna Love Me, just days after the divorce announcement to discuss what led to the breakdown of their marriage. “There wasn’t some kind of crazy fight that resulted in this,” she explained. “It was my decision which was probably the hardest and most painful decision I’ve ever had to make. But the best and only way I can describe it is waking up inside of my life and having this voice that just became louder and louder.” She added that she “sat” silently with her marital concerns until she felt like she was going to “burst” with frustration. “For months, it was building up. I felt just disconnected. I felt like I was drifting further and further away,” she recalled.

She also noted that she and Tom were in a good place as they grappled with their new normal. “It’s been emotional for sure,” she admitted. “But it’s also been in ways peaceful and loving. The transition is so far going really well. We do still live together in our house and we are just trying to navigate these steps together and really work on becoming friends.”

Fortunately, a few months later, Tom shared the same sentiment and confirmed there was no bad blood between him and the podcaster. “Me and Katie are still very close. Can you have a joint divorce party?” he joked to HollywoodLife. “Full transparency, it’s been nice. Me and Katie still have a deep bond, we still love each other,” he continued, before noting that Katie’s brother, Joey, was present at the family and friends gathering. He concluded, “We’re still incredibly close, we have joint custody of the dogs. It feels really good to say that I have zero bitterness or anger. I still love her.”

The entrepreneur previously admitted he was the sole reason his union with Katie did not work out. “No, no that’s all on me. I wish I had a scapegoat, but that’s all on me,” he told a “celebrity photographer” outside of a Los Angeles area Home Depot. He went on to say the whole situation is “complicated, obviously,” and gave an update about how he was coping at the time. “I don’t know what the future of the show holds. I’m always optimistic, eternally. And yeah, I’m doing OK. I’m staying busy,” he stated.

Tom has certainly stayed busy, as on July 19, he celebrated the launch of his and Tom Sandoval’s bar and lounge in Hollywood. Speaking of the design influence behind the space, Tom told HL he wanted it to feel “cohesive, fun, and funky and beautiful — but not overly cohesive.” Hinting at his breakup, he added, “We wanted it to feel like its own little world in each section but still working together. We wanted this to be a little escape. A little departure from reality…not that I’m deep into escapism but it’s been a rough year.”