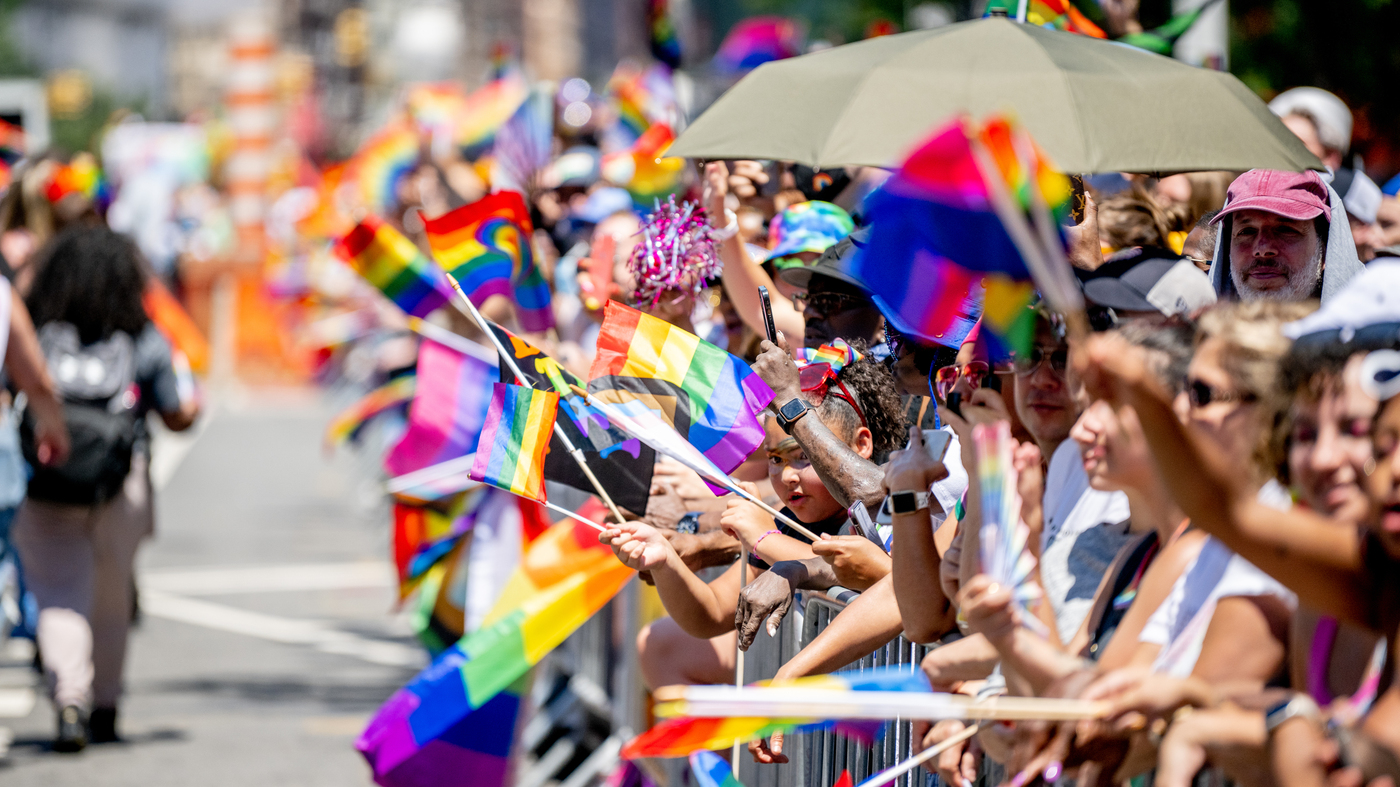 The world is at an inflection point for LBGTQ rights, as a mixture of opportunities and crises converges, according to an assessment from one of the world’s few special envoys on queer rights.

While notable progress has been made for human rights worldwide, only four countries have a diplomat specifically assigned to handle LGBTQ issues.
Three of them marched together for the first time at the New York Pride parade this past Sunday: US special envoy Jessica Stern; Italy’s special envoy for human rights, Fabrizio Petri; and Argentina’s Alba Rueda.

Although there have been some notable achievements lately – in particular, Argentina’s president recently established a quota for trans people in the public sector – the trio agreed things were not always moving forward.

They joined All Things Considered to talk about their work, and provide some perspective on what life is currently like for queer people around the world.

This interview has been lightly edited for length and clarity.

On how things are looking for LGBTQ people globally

Stern: I would say that we are at an inflection point that has equal measures of opportunity and crisis. Botswana just seven months ago decriminalized homosexuality. That example is really important because increasingly, when we hear about sodomy cases, it’s because sodomy laws are being struck down. In fact, nine countries have decriminalized homosexuality in the last six years alone.

Participants pass in front of the Stonewall Inn during the New York City Pride parade.

Participants pass in front of the Stonewall Inn during the New York City Pride parade.

Petri: The point is that you have to have a strategy. It is very important that all like-minded countries act together. We know that there are 70 countries where [homosexuality is still criminalized]. 11 of them still have the death penalty. Of course, our dream would be to influence those countries.

Rueda: I think we need to have an impact on a multilateral basis of human rights voices, like in the United Nations, the Equal Rights Coalition and other spaces to talk about LGBT rights.

On the specific goals these envoys are working towards

Petri: Not really. I was just in Pretoria, South Africa, where there is this very important University, The University of Pretoria faculty of law. There are several Black, African, openly gay researchers to do research on their past because in Africa there is this narrative. But in the 1,000 tribes of Africa, there were several same-sex marriages. So the point that they want to make is that, of course all this what you were saying is true, this kind of narrative, but also the only answer is culture. The only answer is to engage with a person to really try to understand deeply.

Stern: Most sodomy laws that exist in the world today come as a product of colonialism. So homophobia and anti-trans views are a product of Western and colonial imposition. By contrast, LGBTQIA people have existed in every country on the planet. As Fabrizio Petri says, study your history, you will always find LGBTQIA people in art and history if you just pay attention to your own national truth.

On what they were thinking while marching through NYC Pride

Stern: I think about all of the people who cannot celebrate pride festivals. I think about all of the LGBTQIA activists who have tried to organize pride, and they’ve been legally banned, they’ve been attacked with water cannons, they’ve been attacked with rotten eggs, and stones, and worse. I think about a friend of mine, a very famous activist from Uganda named Portia Jacklin, who organized the first ever Pride Festival in Uganda. And every year she gets as much rainbow gear as she possibly can and she puts on a festival in the face of enormous opposition. So when I was marching in New York City Pride, I was thinking and singing about all the people who don’t have that luxury. And I was trying to carry their energy with me.

Rueda: In Argentina, now it is winter, so we celebrate the pride parade in November. And so, we have a march against trans femicides (the killings of transgender women) in Argentina. So what I’m thinking about is about our community, because visibility and pride is for our rights.

This story was adapted for the web by Manuela Lopez Restrepo