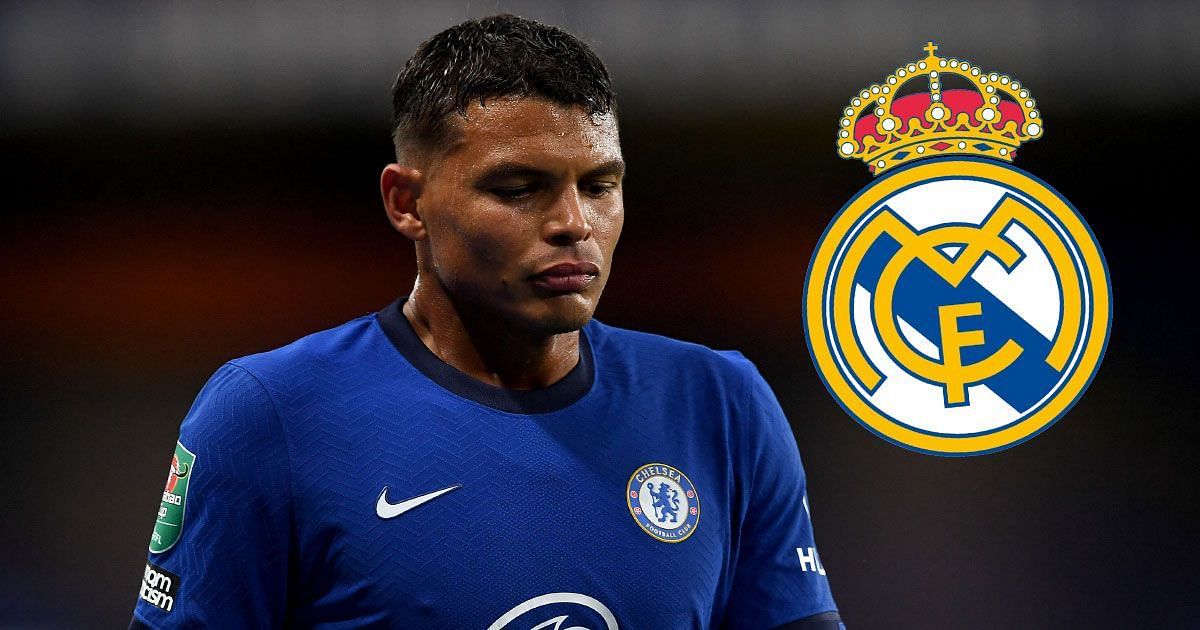 Chelsea defender Thiago Silva has offered his support to Real Madrid forward Vinicius Jr after the Brazilian was advised not to do his trademark dance celebration.

Los Blancos take on their cross-city rivals Atletico Madrid on September 18 and the stakes have been raised ahead of the huge clash.

Atletico captain Koke was asked what would happen if Vinicius were to do his Samba dance if he were to celebrate a goal.

“If he scores a goal (Vinicius) and decides to dance, he will do what he wanted to do. Everyone has their own way of being and celebrating goals as they want, but there would be trouble for sure. It would be the most normal thing.”

It came after there was backlash over the Brazilian forward’s celebration in Real Madrid’s 4-1 win over Mallorca last time out.

The Pirates manager Javier Aguirre was annoyed with the antics shown by the winger.

However, Chelsea skipper, Silva, has come to the defense of the forward, writing on his Instagram (via MadridXtra):

“Dance always brother! Be yourself all the time. Don’t allow anyone to take your happiness, this is not a lack of respect!”

Selection players are renowned for their eccentric celebrations with the likes of Ronaldinho and Neymar celebrating with iconic dance moves.

Thiago Silva on IG to Vini Jr: “Dance always brother! Be yourself all the time. Don’t allow anyone to take your happiness, this is not a lack of respect!”

Thiago Silva on IG to Vini Jr: “Dance always brother! Be yourself all the time. Don’t allow anyone to take your happiness, this is not a lack of respect!” https://t.co/FAi2jNgx3q

Vinicius has made a red-hot start to the new season having flourished in the 2021-22 campaign.

The Brazilian scored a memorable winner in the Champions League final last season and his meteoric rise at the Santiago Bernabeu continues.

He was also part of the Real Madrid side that beat Silva’s Chelsea in the quarter-finals en route to European glory.

The two Madrid sides will battle at the Wanda Metropolitano Stadium on Sunday. Koke has certainly fueled the flames ahead of the encounter.

The fixture went both ways last season. Real Madrid beat Atleti 2-0 at the Bernabeu whilst Diego Simeone’s side won their home game 1-0.

Carlo Ancelotti’s men have made a scintillating start to the new season, winning all five of their opening league fixtures.

Meanwhile, Atleti has been somewhat unconvincing in comparison. Los Rojiblancos have won three, drawn once and lost once.

Atleti suffered a 2-0 defeat away at Bayer Leverkusen through two late goals.

Eyes will be on what type of performance Vincius has and whether he does indeed do his Samba celebration.

Nevertheless, he has the backing of Chelsea captain Silva.