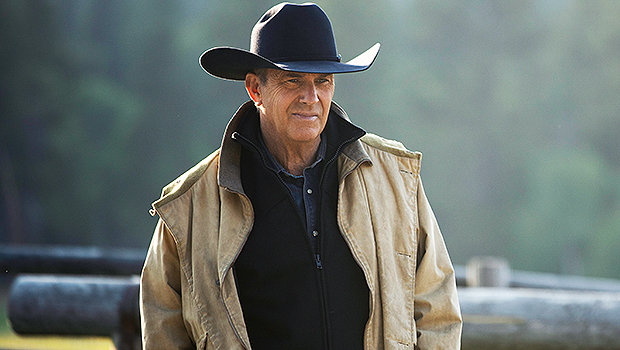 There’s no doubt about it: yellowstone is dominating the TV game. Paramount Network’s yellowstone season 4 premiere was cable’s highest-rated show, bringing in over 14 million total viewers. The series follows the highs and lows of the Dutton family as they try to keep their family’s ranch in Montana. Now the Duttons and all the yellowstone fans out there are looking ahead to season 5.

yellowstone season 5 will be appointment television. You simply have to watch live. In an era where streaming has taken over, yellowstone proves there’s still a lot of life in cable TV. After the epic season 4 finale, the fifth season is going to up the stakes in a major way.

the core yellowstone cast will be returning, along with new cast members. The series will kick off with a huge premiere event this November. HollywoodLife has all the latest updates about the cast, how to watch, the storyline, and more.

yellowstone season 5 will premiere on November 13, 2022, at 8 pm ET on Paramount Network. The premiere will feature two back-to-back episodes.

Season 5 will be longer than previous seasons with 14 episodes. The season will be split into two parts of 7 episodes each. The premiere date for the second half of season 5 hasn’t been announced yet.

All of your favorite Duttons will be back in season 5. Kevin Costner remains the patriarch of the series as John Dutton. The rest of his family will be returning as well: Luke Grimes the Kayce Dutton, Kelly Reilly as Beth Dutton, Wes Bentley as Jamie Dutton, Kelsey Asbille as Monica Dutton, and Brecken Merrill the Tate Duttons. fan favorite Cole Hauser is back for season 5 as Rip Wheeler.

New cast members include Kai Caster, Lainey Wilson, Lilli Kayand Dawn Olivieri. Kai will play Rowdy, the young cowboy. Lainey will play a musician named Abby. Lilly will star as Clara Brewer, a new assistant for one of the Duttons. Dawn will play Sarah Atwood, a confidant, corporate shark and a new arrival to Montana.

what will yellowstone Season 5 Be About?

The first yellowstone season 5 teaser dropped during the MTV VMAs on August 28. The brief first look featured John Dutton saying, “We’ll show the world who we are. And what we do.”

The season 5 trailer was released on September 29. John is sworn in as the governor of Montana. He installs Beth as his new chief of staff. “I love Montana, but I’m doing this for our family,” John says. Jamie warns Beth that she’ll have to fight “dirty” as the Duttons enter this new playing field. “Is there any other way?” Beth asks Jamie.

Kevin teased the fifth season in a May 2022 Instagram post. “I hope y’all are ready for another wild ride,” he wrote.

When asked about John Dutton’s future on yellowstoneKevin told Extra, “I don’t want to die… just too much to do. In terms of this story, I don’t know where that’s gonna go… I haven’t really thought about it.” He added, “Everybody dies, but it’s how you live.”

The Oscar winner also hasn’t spoken with yellowstone creator Taylor Sheridan about how the show will end. “I don’t because I think probably, in some way, we’re making it up… I think what comes on the page will be the thing that I look at,” he said.

When it comes to Beth, she’s got Jamie right where she wants him. She convinced Jamie to kill his biological father, Garrett, after discovering that Garrett was behind the attacks on the Duttons. As Jamie was disposing of Garrett’s body, Beth took pictures of Jamie and was able to blackmail her brother.

Kelly told Vulture that Beth is “probably at her most powerful” when season 5 begins. However, she did add that complications will be ahead for the Duttons as John steps into the political spotlight. “I will say as the kingdom gets bigger, it becomes more difficult to manage,” she said. Kelly noted that Dutton enemies are “infringing” on the family and their land in season 5.

Will Season 5 Be The Last?

yellowstone is one of the most popular shows on TV, so fans don’t even want to think about the show coming to an end. Taylor was coy about when yellowstone would end, but he was candid about it not running too long. “There’s only so much hovering one can do before the story starts to lose its locomotion; you can’t put it in neutral just because it’s successful. It will go as many years as it takes for me to tell the story, but you’re not going to see nine seasons of it,” the showrunner told The New York Times.

Kevin was asked by Extra if season 5 would be the final season of the show. He didn’t have a definitive answer, but he did say that Yellowstone “still has the foot on the gas.” Odds are heavily in Yellowstone’s favor.

How To Watch yellowstone season 5

Despite the fact that there’s Paramount+, yellowstone is not available on the streaming service. Due to a licensing deal, the past seasons of yellowstone are actually available to stream on Peacock.

The yellowstone universe is expanding in a major way. The first spinoff, the prequel series 1883, was a huge hit for Paramount+. The show followed James and Margaret Dutton, John’s great-grandparents, as they journey west and ultimately settle in Montana. Tim McGraw and Faith Hill played James and Margaret.

Harrison Ford and Helen Mirren have signed on for the latest yellowstone spin off 1923, which is a sequel series to 1883. The series will revolve around the Dutton family in 1923, during a time of various hardships including Western Expansion, Prohibition, and the Great Depression. Harrison and Helenplay Jacob and Cara Dutton.

There’s also 6666which fans got a taste of in Yellowstone season 4. Jimmy was sent to 6666 Ranch, pronounced “Four Sixes,” in season 4. The spinoff series will exclusively focus on this Texas ranch.