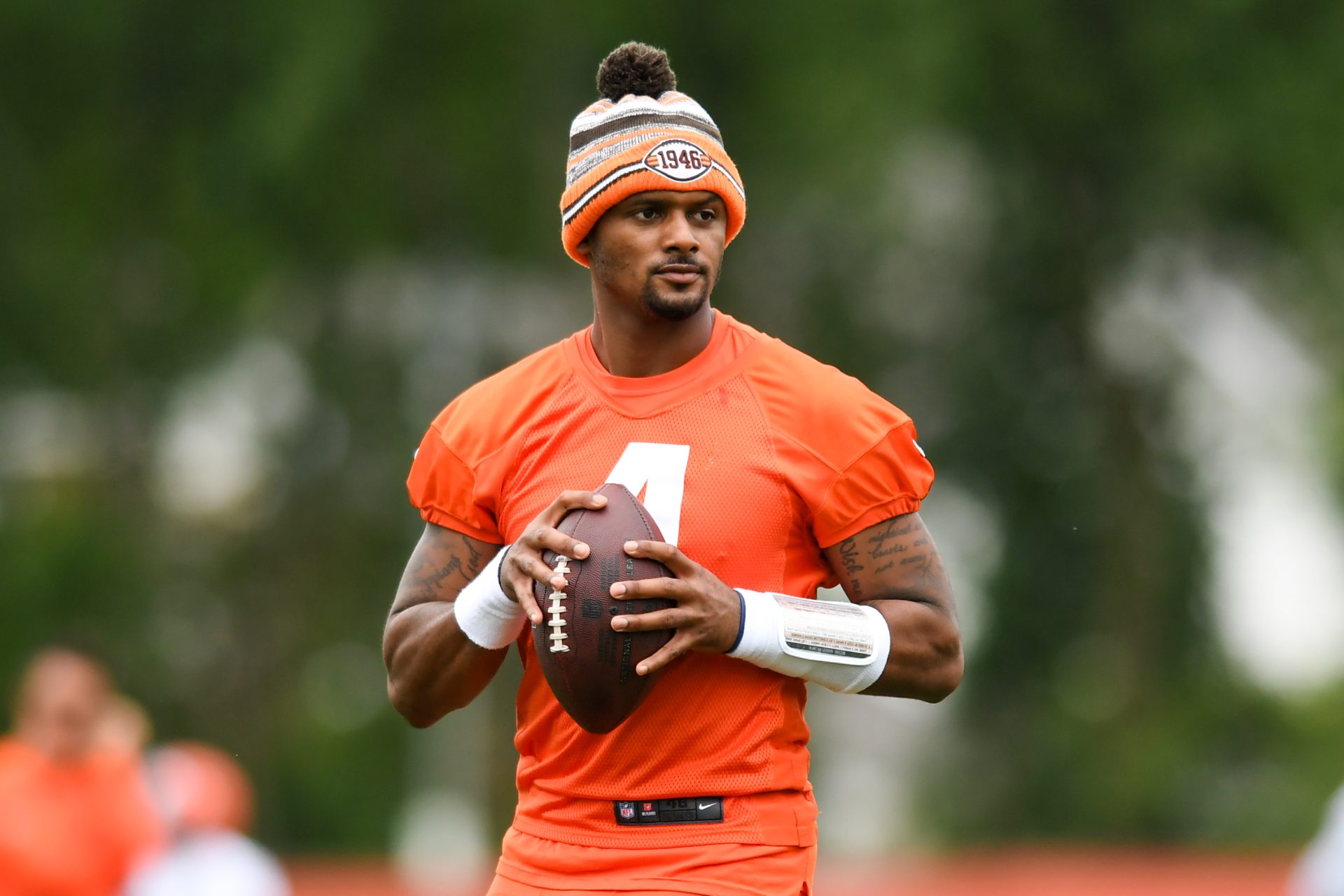 Earlier this week, Disciplinary Officer Sue L. Robinson ruled that Cleveland Browns quarterback Deshaun Watson will be suspended for the first six games of the upcoming NFL season for violating the league’s personal conduct policy. On Wednesday, the NFL announced that they will be appealing the six-game suspension.

According to the Associated Press, Robinson’s ruling short of the full-season suspension that the NFL initially argued fell. Now NFL commissioner Roger Goodell will make a decision on who will hear the appeal.

The NFL said in a statement,

“The NFL notified the NFLPA that it will appeal Judge Robinson’s disciplinary decision and filed its brief this afternoon.”

At previously reported, the NFL Players Association (NFLPA) announced earlier this week that they would “stand by,” Robinson’s ruling.

Robinson, who is a former US district judge, and was jointly appointed by the NFL and NFL Players Association, wrote in a 16-page report stating that the NFL successfully “carried its burden to prove, by a preponderance of the evidence, that Mr. . Watson violated the (personal-conduct) policy” by engaging in “sexual assault; conduct that poses a genuine danger to the safety and well-being of another person; and conduct that undermines or puts at risk the integrity of the NFL.”

According to ESPNthe NFLPA has until Friday to file a written response to the NFL’s appeal, from there Goodell will decide if he will hear the appeal or appoint someone else to do so.

Watson has been accused of exhibiting inappropriate and non-consensual sexual behavior during sessions with massage therapists between March 2020 and March 2021, while he was still a part of the Houston Texans. As a result, he was hit with 24 civil lawsuits from accusers. He has recently settled 23 of the 24 lawsuits.

Watson has previously denied the allegations against him and maintained his innocence.