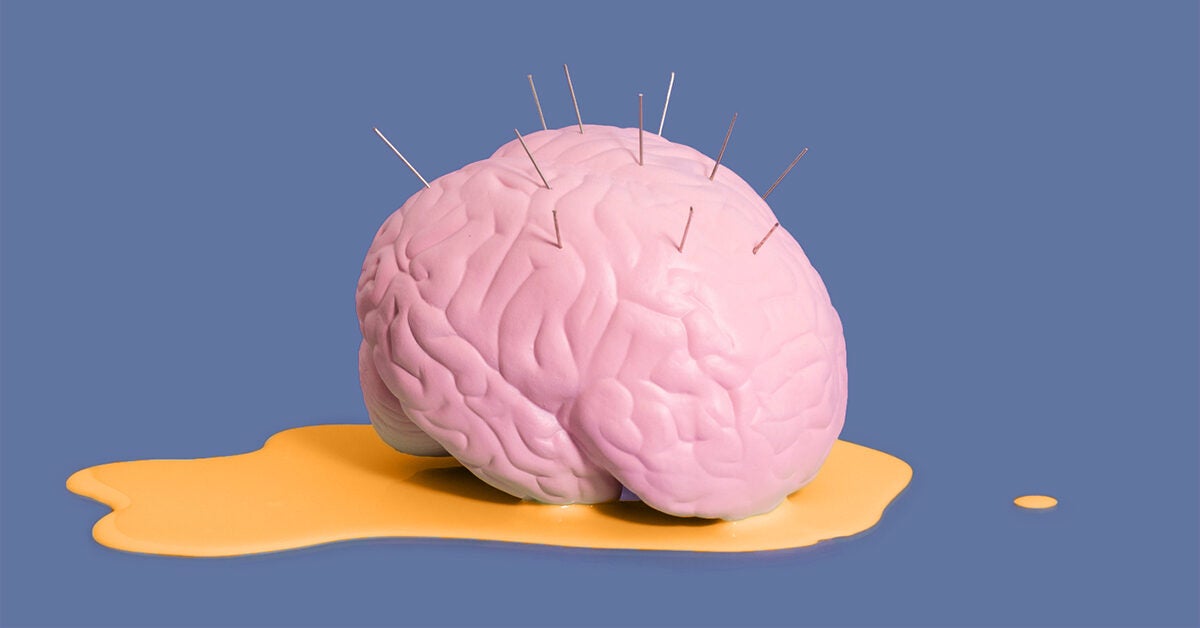 First introduced in the 1930s, this highly traumatic brain procedure was once seen as a miracle cure for mental illness.

Though rarely performed today, the lobotomy might be the most infamous psychiatric treatment in history.

Lobotomy is a surgical procedure developed almost a century ago to treat severe mental health conditions. The procedure has varied throughout history but usually involves inserting a sharp instrument into the brain to sever certain neural connections.

Today, many people widely consider the procedure barbaric and unnecessary.

But experts once believed the lobotomy to be a miracle cure for mental health conditions like:

A lobotomy is certainly effective at altering behavior, and some patients seemed to improve after the procedure. But many also suffered severe and irreparable brain damage.

Since its invention in the early 20th century, the story of lobotomy has been a fascinating and disturbing one.

A lobotomy is psychosurgery, or brain surgery, designed to treat a psychological condition. It involves using a sharp surgical tool to sever the neural connections between the frontal lobe, which controls higher cognitive functions, like:

The first version of this procedure involved drilling holes in a patient’s head and injecting ethanol into their brain to destroy the nerve connections.

This was later refined into the prefrontal and transorbital lobotomy, which usually involves using an ice pick-like surgical instrument called a leucotome.

The surgeon drills holes in either the side of the top of the person’s skull and then uses a leucotome to manually sever the nerves between the frontal lobe and other regions of the brain.

This procedure works the same way as a prefrontal lobotomy. But during a transorbital lobotomy, the surgeon accesses the person’s brain through their eye sockets.

In 1935, the Portuguese neurologist Egas Moniz invented the lobotomy and initially called it a “leucotomy.” He was inspired by the earlier work of Swiss psychiatrist Gottlieb Burckhardt who performed some of the earliest psychosurgeries during the 1880s.

In November of 1935, Moniz performed the procedure for the first time in a Lisbon hospital. He drilled holes in the person’s skull and injected pure alcohol into the frontal lobe to destroy the tissue and nerves.

In 1949, he received the Nobel Prize in medicine for inventing the procedure.

The year after Moniz’s invention, an American neurologist named Walter Jackson Freeman adopted the procedure and renamed it the lobotomy. He modified the surgery by introducing the use of a surgical tool instead of alcohol, creating the prefrontal lobotomy.

In September of 1936, Freeman and his neurosurgeon partner James Watts performed the first prefrontal lobotomy in the United States.

Later, in 1945, Freeman modified the procedure again and created the transorbital lobotomy, which he could perform quickly without leaving any scars.

The lobotomy was developed to treat severe mental health conditions and address the problem of overcrowding in psychiatric institutions during the 1930s.

Moniz thought that a physical malfunction in the brain caused symptoms like psychosis and mental health conditions such as depression. He believed he could cure them by severing the connection between the frontal lobe and other regions, forcing a kind of reset.

Moniz and Freeman both reported significant improvements in many of their patients. Although many showed no improvement — some even experiencing worse symptoms — the lobotomy still took off.

By the early 1940s, people touted the procedure as a miracle cure for mental health conditions, and experts adopted it as part of mainstream psychiatry.

What happens when someone is lobotomized?

The effects of a lobotomy are highly variable, which is one of the reasons it has become so controversial. The intention was to reduce agitation, anxiety, and excess emotion.

Some patients’ symptoms improved to the point where they could be discharged from the hospital. Others became more outspoken and experienced mood swings.

“These patients can be treated a good deal like children, with affectionate references to their irresponsible conduct. They harbor no grudges,” explained Freeman and Watts in a at the New York Academy of Medicine.

But many people lost their ability to feel emotions and became apathetic, unengaged, and unable to concentrate. Some became catatonic, and a few even died after the procedure.

How common were lobotomies?

Lobotomies were widely used from the late 1930s through the early 1950s. According to one roughly 60,000 lobotomies were performed in the United States and Europe in the 2 decades after the procedure was invented.

But by the 1950s, the dangers and side effects of lobotomies were becoming widely known, drawing more scrutiny from doctors and the public.

Even James Watts, Freeman’s partner who helped him perform the first US lobotomy, became disillusioned with the procedure by the 1950s. At the time, medications like antipsychotics and antidepressants also became widely available.

This made it easier to provide outpatient treatment for mental illness and treat symptoms without resorting to brain surgery.

Lobotomy has been banned in some places but is still performed on a limited basis in many countries. In 1950, the Soviet Union banned the use of lobotomies because it was “contrary to the principles of humanity.”

Other countries, including Japan and Germany, followed suit in later years.

In 1967, Freeman was banned from performing any further lobotomies after one of his patients suffered a fatal brain hemorrhage after the procedure. But the US, and much of western Europe, never banned lobotomy. And the procedure was still performed in these places throughout the 1980s.

Surgeons occasionally use a more refined type of psychosurgery called a cingulotomy in its place. The procedure involves targeting and altering specific areas of brain tissue.

Some surgeons may use cingulotomy to treat obsessive-compulsive disorder (OCD) that hasn’t responded to other treatments. Doctors also sometimes use it to treat chronic pain.

Lobotomy is a controversial procedure that peaked in popularity during the 1940s. It was first performed in 1935 by Egas Moniz and then championed in the US by Walter Jackson Freeman.

A lobotomy involves severing the nerve connections between the frontal lobe and other regions of the brain to reduce agitation, anxiety, and other symptoms of mental health conditions.

According to the pioneer scientists who provided the treatment, some patients improved after getting a lobotomy. But others developed apathy and a reduced ability to feel emotions. Some people became permanently incapacitated by the procedure, and in some cases, it was fatal.

The procedure eventually fell out of favor largely thanks to the negative press and the growing availability of antidepressants and antipsychotics. Today, the procedure is banned in many countries and is no longer performed in the United States.