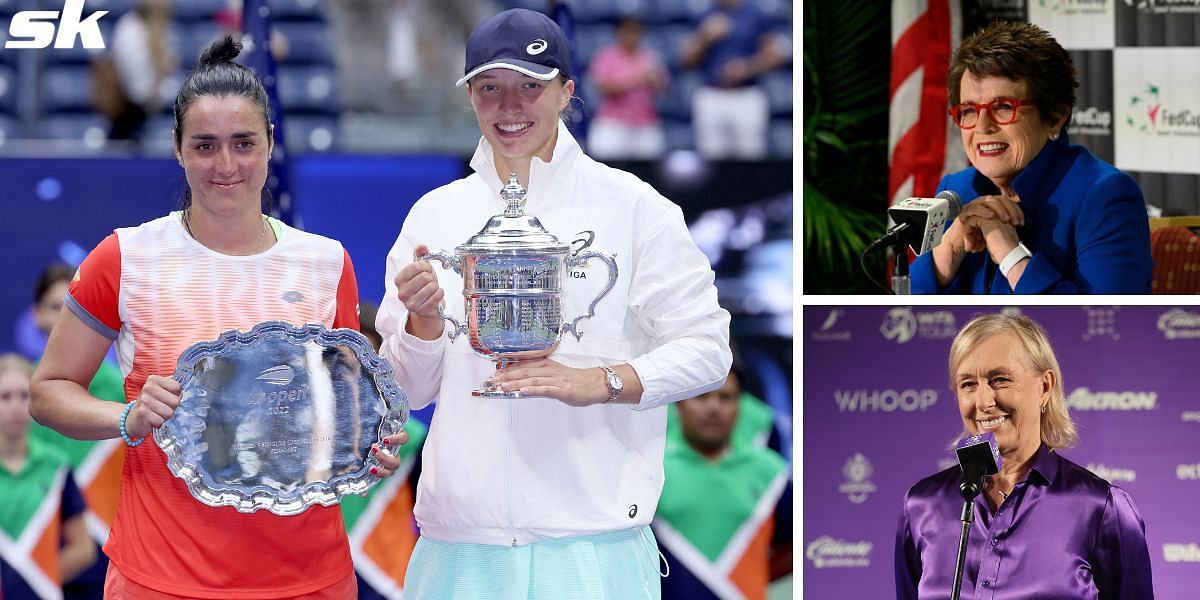 Iga Swiatek and Ons Jabeur played a US Open final to remember on Saturday, treating fans at Arthur Ashe Stadium to shots of the highest quality for almost two hours before finally crowning a new champion.

In the end, it was the World No. 1 who lifted the trophy in the 2022 edition, beating Jabeur 6-2, 7-6(5) in straight sets. The scoreline, as one-sided as it appears, was not a good reflection of the match as a whole, as the Tunisian scored points of exquisite elegance in the first set despite coming up well short.

Jabeur’s level improved even more in the second set, where she came back from an early break to take the Pole to a tiebreaker — the first time anyone has achieved that against Swiatek in her last 10 finals. In the end, it was the World No. 5’s aggression that spelled her doom, with unforced errors coming at the big moments of the game eventually costing Jabeur her maiden Major title.

With the victory, Swiatek wrote her name in the record books, becoming the first ever Pole to win the title at Flushing Meadows. She also became the first player since Serena Williams to win the US Open title as the top seed, a feat the American achieved in 2014.

Along with the millions of fans who flocked to social media to lavish praise on the deserving finalists, Swiatek and Jabeur’s colleagues also bestowed their congratulations on the pair.

“Congratulations to Iga Swiatek, the first Polish woman to win the US Open. And cheers to Ons Jabeur on an incredible battle. The future of women’s tennis burns so brightly,” Billie Jean King tweeted.

“What a treat to be sharing the stage with two champions- congrats Swiatek and also to Jabeur – both great role models for aspiring girls and boys everywhere! Women’s tennis is in good hands!!!” Martina Navratilova tweeted.

What a treat to be sharing the stage with two champions-congrats @iga_swiatek and also to @ons_Jabeur – both great role models for aspiring girls and boys everywhere! Women’s tennis is in good hands!!!

What a treat to be sharing the stage with two champions-congrats @iga_swiatek and also to @ons_Jabeur – both great role models for aspiring girls and boys everywhere! Women’s tennis is in good hands!!! https://t.co/6nNHXQCR1b

“Congratulations, Iga Swiatek. What an incredible tournament this fortnight and a fantastic 2022! Amazing aggression and athleticism!” Two-time US Open champion Tracy Austin tweeted.

“Congratulations, Swiatek! You and Jabeur keep us all working harder and inspiring everyone along the way,” Madison Keys tweeted.

Congratulations @iga_swiatek ! you and @Ons_Jabeur keep us all working harder and inspiring everyone along the way. 🏽

Congratulations @iga_swiatek 🏆! you and @Ons_Jabeur keep us all working harder and inspiring everyone along the way. 👏🏽

Speaking at her on-court interview after the win, Iga Swiatek revealed that she herself was surprised with her performance at the 2022 US Open, noting that she had a very challenging time after her title run at the French Open earlier this year.

With a poor display in the lead-up to the New York Major as well, the World No. 1 was glad she navigated the tournament in a composed manner despite the odds being stacked against her at the beginning.

“I don’t know [how I was able to perform] honestly, I’m just not expecting a lot. Especially before this tournament. It was such a challenging time you know, coming back after winning a Grand Slam it’s always tricky even though Roland Garros was the second one,” Swiatek said. “I really needed to stay composed and focus on the goals and for sure this tournament was really challenging.”